Google Adds Street Art From Around the Globe 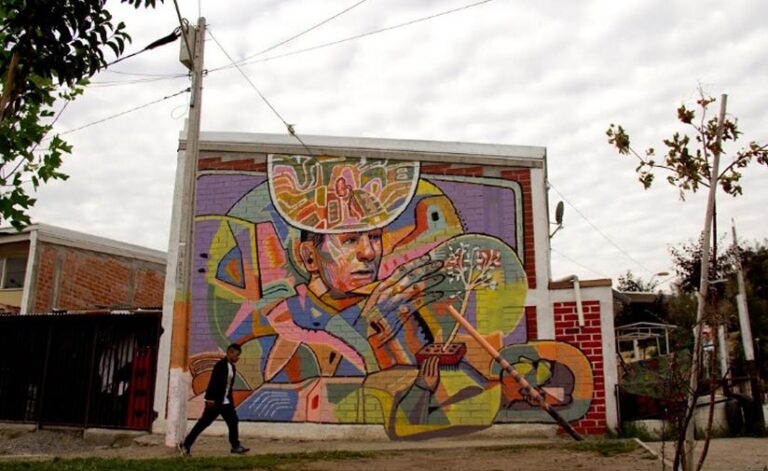 Once the art world’s poor sister, street art today has come a long way from spray-painted subway trains and illegible scrawls on city walls. Thanks to brilliant works by anonymous artists and such stars as Banksy, Jean-Michel Basquiat and Shepard Fairey, it has become a worldwide art phenomenon, respected by critics and the subject of museum exhibitions, films and scholarly treatises.

Today’s street art might be a whimsical, six-story circus figure on a wall in Lodz, Poland. Or a tiny pavement painting of a robot-like figure in a New York crosswalk. Or an entire building In Paris, painted inside and out. It can be political, personal, visionary and challenging. But one thing street art is not is permanent, falling victim to weather, maintenance men, landlords and urban redevelopment, which severely limits who can enjoy it. Until now.

In June 2014, the Google Cultural Institute, which has already paired technology and art to create an online collection of more than 70,000 images from 600 international museums, galleries and organizations, launched a Street Art Program that catalogs and posts online more than 5,000 examples of street art. More than 30 art entities in 15 countries have partnered with Google to share their images, giving street art a unique permanent home.

“This is just the beginning of the Street Art Program. Now we want to add more content, more partners, more exhibitions,” says Laura Scott of the Google Cultural Institute. “It takes time, but we’re open to wherever there is a street art movement. There is stuff all over the world, and a lot of it is just phenomenal.”

The idea for the program came about when the Cultural Institute launched a local street art collection in Brazil.

“People there locally loved it, and we thought it was a new strand, but one becoming more established, so we thought why not do a much bigger project around it?” Scott says.

Images From Around the World

The breadth of the collection is impressive. Besides existing art, the collection has preserved images of lost street art, such as the Five Pointz complex in Long Island City, N.Y., whitewashed in 2013 prior to demolition, or the nine-story Tour Paris 13, also demolished. The site also includes videos of artists at work, conversations, histories of street art and explanations of individual exhibits. Street art may be impermanent, but online it can live forever.

“The nature of street art is to be ephemeral,” London street artist Atma explains as he paints an elegant mural in one of the site’s videos. “It’s absolutely amazing that through technology we are able to document everything. The street has become a giant museum, an open gallery for everybody. Art only exists when it is being shared.”