Just What Is Chow Chow Anyway?

Tennessee is known for its chow chow. We explain just what that means and give you a recipe to make it yourself.

By Stephanie Stewart-Howard on April 2, 2014 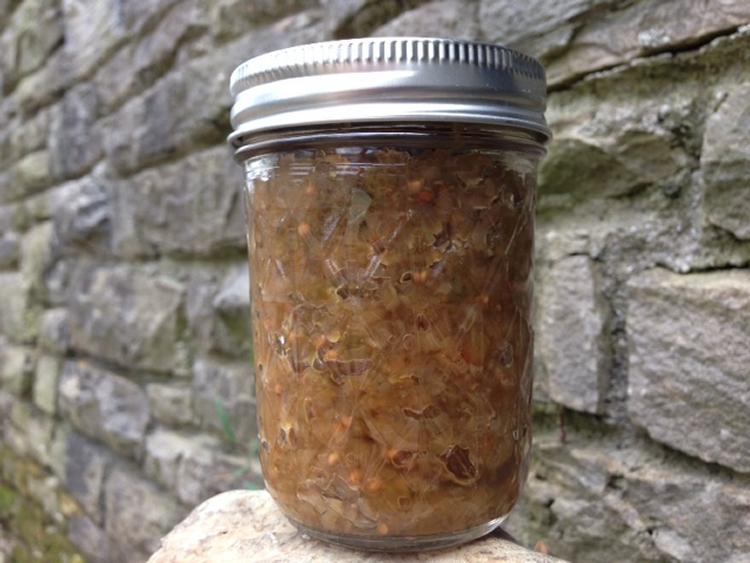 Every part of the country produces native foods still unfamiliar to outsiders. In the South, chow chow is one of those, and we love it. Every family from Virginia and the Carolinas, across Tennessee, Kentucky and Alabama, keeps a recipe for this relish, and each varies according to preference – some are spicy, some sweet, some tomato-heavy, some all about cabbage and onion. It’s eaten on pinto or white beans with cornbread, traditionally, but modern Southern chefs serve it up on burgers, hot dogs and fried green tomatoes.

The late Southern food historian John Egerton posited the origins of chow-chow in the piquant sauces brought over by Chinese railroad workers in the 19th century, and The Food Lover’s Companion specifically links it to a ginger-and-orange-peel condiment of that ilk bearing little resemblance to what we call chow-chow.

Many of the families who make it have recipes dating back over a century, at least. There are commercial versions, of course, but the best and most beloved are recipes handed down from grandparents and canned at home. The resurgence of home canning over the past decade brought about a chow-chow renaissance as well.

Every version is a bit different.

“I grew up on it in East Tennessee,” says Chef Karl Worley of Nashville’s Biscuit Love food truck. “My grandparents made it near the first frost with whatever would have been killed (green tomatoes) and vegetables that were growing abundantly. I remember cabbage and green tomato always being in it. We ate it on beans, hot dogs, beans and more beans.”

Lexington, Ky., jeweler Lyn Punkari says, “The formula I have is old-old, and so good it never makes it to being canned: cabbage, corn, onion, green tomato, hot pepper, garlic, mustard seeds, coriander, and celery. Vinegar and honey. Boil the water, add vinegar and spices. Chop everything up and throw it in. Bring it to a boil for about five minutes until tender. Cool it off and put it in the fridge.”

My aunt, Jackie Stewart Howell, tells the story of our South Carolina relatives’ version: “Aunt Annabelle and Uncle Lewis made the best ever. You eat it on anything you want to taste really good: all greens require it, as well as pork chops. Every pepper grown in the garden, onions, mustard seeds, squash, plus more goes in – and it was sweet. If you were lucky enough to get a jar, you knew you were special.” (Great Aunt Annabelle was also Mrs. South Carolina in 1954 or so).

Decatur, Ala., author Jean Pace Hovey calls it “a relish made of ground up cabbage, onions, peppers and sometimes green tomatoes. It is pickled in a brine of vinegar, mustard seed, salt and other spices. There is also sugar, though not enough to make it sweet. Back before I started writing and was going through my canning phase, I made it once. Once. It was good, but so much trouble. I cannot imagine how much trouble it was in the days before food processors.”

Now, if you’ve become a fan of canning, here’s a recipe you can try, courtesy of the lovely Miss Daisy King, a legend on the Nashville culinary scene. This makes about 13 pint jars of chow chow, so you’re ready to give them out to friends and family. Happy cooking!

(reprinted by permission from The Original Tennessee Homecoming Cookbook)

6 hot peppers (such as jalapeno)

salt and pepper to taste

Grind tomatoes, onions, hot and sweet peppers, cabbage and cucumbers in food processor. Add salt and pepper to taste (about 1/4 cup each). Let drain well. Squeeze out as much liquid as possible with hands. Combine vinegar, sugar and spice, and bring to a boil. Add vegetable mixture and simmer for 30 minutes. Place in hot jars and seal.