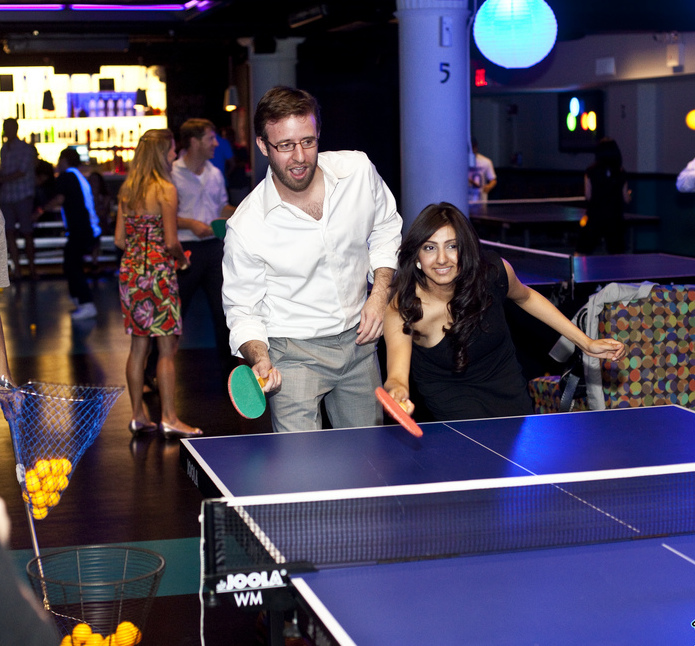 From the cultural epicenter of New York, to small-town clubs and basements throughout America, table tennis continues a run of rising popularity that has bounced the game into the mainstream culture.

Popularly known as ping-pong, this simple activity only requires a table, net, two paddles and a plastic ball. It has long been a magnetic draw both for amateur paddle wielders and world-class athletes displaying spellbinding eye-hand coordination (Think: Forrest Gump smacking shots in China).

But lately, the game has soared to even greater heights and may be coming to your town – if it hasn’t already.

“I am excited by the growth of table tennis in the USA,” says Judy Hoarfrost, CEO of Paddle Palace Table Tennis, the North American distributor for the sport’s major brands. “We see interest from new players every day, including more new clubs, more people taking lessons, and people of all ages enjoying the sport at every level.”

Among the ample evidence of the table-tennis boom:

“Table tennis is super for eye-hand coordination, understanding how to put spin on the ball, controlling the paddle/club face, and more,” says Sheryl Maize, a golf pro and instructor in Venice, Fla. “I encourage my top juniors to play it as much as possible, and I can tell a difference in the kids who take me seriously.​”

“It is a great sport for people to play at any level, from novice to neighborhood champ; to workplace lunchtime play; to local clubs; to organized local, regional, national and international tournaments; all the way to the Olympics,” Hoarfrost says. “Table tennis builds bridges, creating a way for people to come together over the love of sport.”

The benefits can also include social and business boosts when companies use the game to intersect team building and altruism like a paddle on a wickedly spun ball.

Although the table-tennis craze might have crested since the Super Bowl spot, insiders say the sky remains the limit.

“There was a boom, and since then it has slowly declined but is sustaining,” says Daley Delarosa, general manager and curator of PIPS, an art space, table-tennis club and bar in Brooklyn, N.Y. “We’ve seen a ton of exposure, but I feel like there is still a lot of room for table tennis to show up in movies, TV shows, books and art. People who try it tend to end up loving it, and they stick around.”