Get your bonnets and baskets ready: It's egg-snatching time. 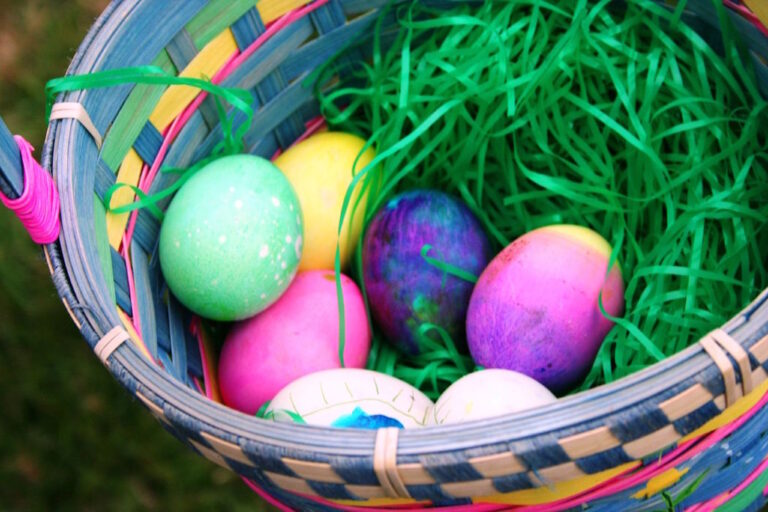 Courtesy of Cyndy Sims Parr under a CC 4.0 license.

What makes an Easter egg hunt fun isn’t always the quantity of eggs but the quality of what may be hiding inside them. This year, you can expect more than hopping bunnies and candy baskets in these eight cities that have planned top-notch parties for kids of all ages.

The Nashville Zoo will transform into a magical land of hidden eggs and prizes on March 26 (9AM-4PM). With more than 30,000 eggs to hunt, extra special golden eggs and prizes for everyone, the morning is sure to be packed with fun. And the kids aren’t the only ones who will be on the hunt when several featured zoo inhabitants take off on a search for things they like across their fields. Even the zoo’s mascot giraffe, Twiga, and the Easter bunny will make guest appearances.

Reid Park will open its doors for three days of crafts, egg hunts and animal encounters. Even the toddlers get their own area to search for treasures. Enjoy hunting, creating, painting and hanging out with the Easter bunny before venturing further into the zoo for a full day of exploring. The rest of the exhibits are free for all event-goers, so don’t leave without saying “hello” to some of the animals. March 25-27, 8AM-9AM.

Set on the front lawn of Biltmore Estate, the Easter bunny will appear on the green amidst crafts, egg hunts, coloring stations, magic shows, music and storytelling. The large gardens in full spring bloom set the backdrop for a lovely day of wandering across the estate and enjoying the warming weather and festivities. March 27. 11AM, 1PM, 3PM.

On March 26, the Callanwolde Fine Arts Center will also host their annual “Eggstravaganza” complete with thousands of candy-stuffed eggs, Atlanta Braves games and prizes, homemade baked goods, and arts and crafts for everyone. A week prior to this (March 19th), the Fernbank Museum will put on its annual Dinosaur Hunt with live music.

Hunting for eggs is no longer a sport belonging to the day. Several hunts are staggered as evening wanes to give each age group a fair chance at finding their own special treasures. But there’s plenty of light left on the horizon when the infant-4 year olds begin hunting at 7:15p.m. An hour later, the 5 year olds will get their turn with a parent to help. At 8:45p.m., the older group can release their excitement by switching on their flashlights and testing their egg-hunting skills in the dark. Wrap up the night with a free showing of the movie Minions in the park. March 24th.

As you hunt at Jungle Island and enjoy a three-day run of hunts and prizes, you are also helping support the Parent Academy. More than 500,000 eggs are stuffed with more than 800 pounds of candy – that sounds like too sweet of a deal for anyone to turn away. You can get your hands dirty – and face – by signing up to participate at the famous pie-eating contests and/or creating arts and crafts at special stations. Get up close and personal with some of the animals that will venture into the crowds, or run away into some magnificent bouncing houses. March 25-27.