The best places to scratch your musical itch outdoors this summer. 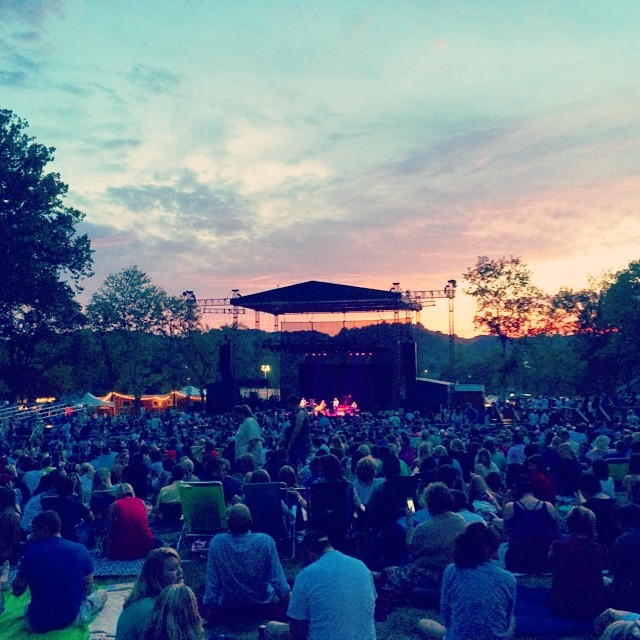 There’s no better way to make use of a warm, summer evening than sitting in front of your favorite band. There’s something about the shared experience of an outdoor concert that pairs nicely with some tasty tunes. But not all outdoor venues are created equal. Here are some of the best outdoor music venues around the country. Let us know if we missed your favorite.

You don’t win a “best new major concert venue in the worldâ€ contest without bringing something special to the table. Austin‘s newest amphitheater combines a large-scale stadium-rock vibe with Austin’s chilled out no-big-deal attitude. Austin claims to be the live music capital of the world (although one or two of the other cities in this list might beg to differ). The Austin 360 Amphitheater can only help its case.

Cleveland rocks, y’all. And Jacobs Pavilion has been leading the city’s rock chorus since 1987 when it opened as “Nautica Stage.â€ Cleveland might not have the sexy allure of other cities on this list, but its best outdoor venue has plenty to catch your eye, from an unusually large overhang that even shelters some of the cheap seats to a fantastic view of the Cuyahoga River.

Not many concert venues can trace their beginnings back to 1906, which is when the first documented concert took place in the red rocks of Morrison, Colo. The venue makes this list for its unique backdrop of rock formations from the Denver Mountain Park, but its “in the middle of nowhereâ€ vibe is misleading – it’s actually a very reasonable drive from downtown Denver.

The gorgeous Gorge amphitheater in Washington state is one of the largest on the list, with the capacity to hold more than 27,500 music fans. But what it lacks in intimacy, it makes up for in unbelievable views of the Columbia River and Cascade mountain range. It also gets bonus points for being extra camper-friendly, which is always a plus for summer festivals.

Noblesville, a short drive outside of Indianapolis, houses this surprisingly great Midwest music mecca. There’s a reason that people drive from hours away to get there, and it’s not just because it’s the only show in town – it’s also because it’s a great balance between a large capacity and the intimacy that comes with sitting close enough to actually see the guy standing at the microphone singing.

We like to show small towns love here at Livability, but let’s be honest, no list of best amphitheaters would be complete without the iconic Hollywood Bowl, even if it is in the middle of Los Angeles’ sprawling Hollywood Hills. It’s not on the list because it’s the nicest; it’s here because like L.A., it’s iconic, and everybody who’s anybody plays there.

The Woods Amphitheater has it all. It has an intimate vibe, with only 4,500 seats. It sports some swanky, hillside VIP seating that’s close enough to the stage to still feel like you’re actually at a concert. The backdrop of the sun setting behind the blueish-green Tennessee hills is as pretty as it comes. And it’s close enough to the honkytonks of Music City to still feel just the right amount of rowdy. Plus, if you’re lucky, because it’s Nashville, you might even get to see someone famous. Just act like the locals, and don’t make a big deal out of it.

Those are some of our favorite outdoor venues. Tell us what we missed in the comments below. What was your best outdoor concert experience?

The Hollywood Bowl is here because like L.A., it’s grimy, and iconic, and everybody who’s anybody plays there, and you have to love it anyway even if you do feel like washing your hands after you leave.