Skip to content
Home > Experiences & Adventures > Travel Weird: The Eeriest Places and Phenomena in Every Region of the US

Travel Weird: The Eeriest Places and Phenomena in Every Region of the US

We can't explain what's going on in these places. But we can recommend spending hours reading about them online, and adding them to your road trip bucket list. 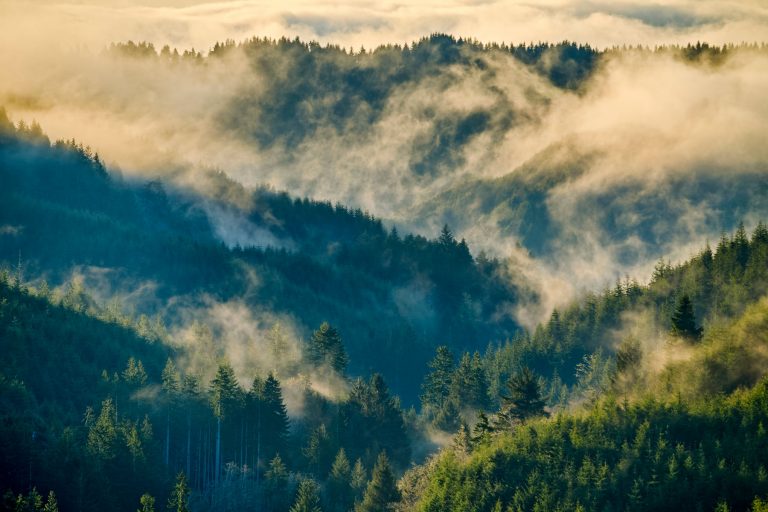 Everything is so weird right now.

And while I’m thankful to be in a position where I can quarantine at home with my husband and dog while staying relatively safe, it’s hard not to feel a little … trapped. Like so many of you, I, too, have passed the time by perusing old travel photos and daydreaming about adventures to come. But I’m not looking forward to the day I can nap on a tropical beach or wander quaint towns filled with charming shops. My brain has gone in a different direction. I don’t just want an escape from day-to-day life. I want a true escape from reality.

Example: I’ve been dealing with pandemic anxiety-induced insomnia by falling into some of the internet’s strangest wormholes – I’ve battled sleeplessness with reading everything I can about conspiracy theories, cold cases and unexplainable mysteries. The brain can go in weird directions when kicked into survival mode. Now, I can’t wait to visit some of the sites of the country’s most unexplainable mysteries: hills that defy gravity, a bottomless hole that resurrects the dead and a lake haunted by a woman who drowns one man every year.

Since traveling isn’t really an option right now, I’ve included tons of links, so you can dig in and get lost in these strange little worlds while staying safely at home.

The Pacific Northwest is known for many things – coffee, music, serial killers, software moguls and … holes? Yup, Washington State is riddled with all kinds of holes, from abandoned mines to terrifying sinkholes that randomly open up all over the city of Seattle. And the most famous hole of the bunch is Mel’s Hole in Ellensburg. Mel’s Hole is named after Mel Waters, a man who called into Art Bell’s “Coast to Coastâ€ radio show back in the 90s and told the world unbelievable stories about this supposedly 80,000-feet deep hole (Mel measured it using fishing line and Lifesavers). He claimed he witnessed unexplainable lights, heard otherworldly noises and spotted UFOs in and around the hole. And, the hole even brought his beloved dead dog back to life.

The weirdest part? No one can find it! Mel only gave vague details about its location. What’s more, there’s no record of a Mel Waters in Washington’s Kittitas County, either. Is the hole real? Is Mel? Was this a very elaborate, years-long hoax? We may never know, but next time you’re walking around Ellensburg, watch your step.

Scully, you’re not gonna believe this. As visitors wander through The Oregon Vortex, a roadside attraction that has been open since the 1930s, something very strange begins to happen – tall people get short, short people get tall and marbles start to roll uphill! Is there really a vortex in the middle of the Oregon woods? Is a magnetic force pulling from the center of the Earth? Unfortunately, it’s none of the above. The SyFy show “Fact or Faked: Paranormal Files” concluded The Oregon Vortex’s magic lies in well-done optical illusions, much like the similarly strange and famous Mystery Spot in Santa Cruz, CA. Sure, this destination is more silly than spooky, but roadside attractions like The Oregon Vortex are becoming more rare as the years go by, and sci-fi nerds will appreciate that this one was once name-checked by Fox Mulder on an episode of the “X-Files.”

Skinwalker Ranch takes up more than 400 acres near Ballard, UT, and it is supposedly one of the most active paranormal sites in the country, with more than one hundred different sightings – UFOs! Shapeshifting creatures! Inexplicable orbs of light! – being reported as far back as the 1950s. The land was owned by rancher Terry Sherman through much of the 80s and 90s, and in 1996, after selling the property, Sherman told Deseret News he and his family saw everything from crop circles to several different UFOs, including one that was “the size of several football fields.â€ Those UFOs, Sherman said, were “definitely associatedâ€ with mutilated and disappearing cattle. Yikes. Today the private land is owned by Brandon Fugal (Vice published a fascinating profile about him and the ranch earlier this year), and while Fugal claims he has no interest in converting Skinwalker Ranch into a tourist attraction, paranormal enthusiasts still drive out to the Uintah Basin to pose with the property’s trespass warning sign and try to get a peek of something spectral.

This one really rocks! Ugh, sorry. But seriously, Racetrack Playa in Death Valley is full of some very mysterious rocks. These “sailing stones,â€ as they’re often called, weigh hundreds of pounds and yet, seem to move slowly across the desert’s surface, leaving trails of displaced dirt in their wake. So what causes it? Aliens? Animals? Magnets? Nope. Ice. In 2014, a scientist was able to finally and scientifically confirm that rainfall, overnight freezing temperatures and strong winds all play a roll, er, role in the rock’s movements. Even knowing what we know now, the rocks’ history still manages to surprise and delight. In the ’70s researchers studied the stones for a period of seven years, and gave many of the stones names like Nancy, Mary Ann and Karen. During the study, 700-pound Karen didn’t move at all. But when researchers returned years later, Karen was gone. How? Where? We don’t know exactly, but she was eventually found again more than half a mile away in 1996. While this is less a story for “Unsolved Mysteries” and more just a cool geological phenomenon, many mystery lovers still think the rocks are worth the bumpy, 80-mile trek to see in person. Better head out there sooner than later, though – the rock’s movements only happen under very specific weather conditions and it has been suggested that global warming is slowing them down.

OK, this one might be a little too real for some people right now, but I have found comfort in knowing the world has been where we are before. The 1918 flu pandemic spread worldwide, infected an estimated half a billion people, and killed an estimated 50 million. Horrifying. But the human race survived. Eventually, people left their houses, they gathered in public, they celebrated and danced and hugged and shook hands. We will, too. But it wasn’t until reading up on that pandemic, and how the world eventually recovered from it, that I learned some historians believe the deadly strain of H1N1 originated right here in the U.S., first infecting soldiers at Fort Riley in Kansas. (Others have claimed it started in France or China.) It you want to see some history for yourself, while maintaining a responsible distance from others, Fort Riley’s Camp Funston, the building that housed hundreds of sick soldiers 102 years ago, is part of the U.S. Cavalry Museum’s driving tour. And you can still find tombstones for some of those who died during the pandemic at Post Cemetery.

I always thought Ronkonkoma was just a stereotypical Long Island suburb with a fun name to say. Only recently did I learn more about the sordid history of its lake, Lake Ronkonkoma. The story goes like this: In the mid-1600s a Native American princess, Princess Tuskawanta, fell in love with a white man named Hugh Birdsall. Her father wouldn’t allow them to see one another. Heartbroken when she died, the princess now haunts the bottom of the lake and drowns one man every year. Interestingly, there aren’t reliable death records for the lake prior to this millennium. For some, it’s a fascinating piece of fiction, but other locals take the legend seriously – a former lifeguard claims to know about at least 30 deaths in the 32 years he worked at the lake and all victims were male, and n 2018 the New York Post spoke to several residents who refuse to swim in the lake to this day after having their own eerie experiences.

The state of Florida, generally speaking, offers more questions than answers. If you want to take a dark deep dive, there are plenty of weird and upsetting mysteries to get lost in. Skeletons found in the woods? Men going missing after being arrested by the same cop in separate instances? The metal plate and screws that were found in the stomach of a 60-year-old alligator? Florida has it all. On the more lighthearted end of Florida’s unexplainable spectrum, though, is the gravity-defying stretch of road known as Spook Hill. While the road appears to go uphill, drivers can put their cars in neutral and the vehicle will continue to roll forward. Creepy! (Related: There is also a Spook Hill Elementary and their mascot is Casper the Friendly Ghost.) There are dozens of these so-called “mystery hillsâ€ around the country – in Tennessee, Pennsylvania and even a graveyard in Michigan – so when we’re allowed to gather again, fill your car with friends, don’t tell them where you’re going and watch them freak out when the car starts rolling backwards uphill.