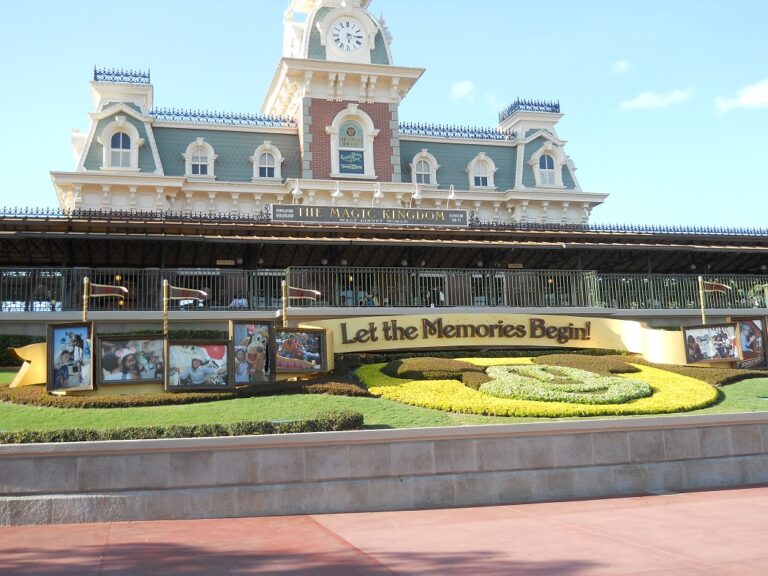 Amusement parks (aka theme parks) have long been a staple in family-friendly entertainment. Adrenaline-pumping roller coasters, games, famous characters, funnel cakes and creating lasting memories are just a few things that make these parks so special. They’re a great place to spend a day, or a week, and truly bring people together. The greatest amusement parks offer something for every visitor, and these parks are some of the best in the country for that reason. I know because I’ve been to many of them. So check out these top theme parks in the U.S.:

Tied for first on the list, Disney and Universal in Orlando both offer their own wonderlands where you can literally spend two weeks trying to see and do everything. My family and I did these in a week, and as much fun as it was, it was exhausting. I recommend booking 10 days if you don’t live in Orlando or have easy access to it.

Disney World offers four separate theme parks – Magic Kingdom, Epcot, Hollywood Studios and Animal Kingdom – and two water parks – Typhoon Lagoon and Blizzard Beach. Hundreds of rides, characters, shops, and must-sees like a parade and fireworks show over the Disney castle keep people busy all day. Vacationers can stay at one of the resorts, ranging from $85 to $320 per night. There are several ticket packages available, and a standard one-day to a theme park is priced at about $100. However, the more days you stay, the more you save.

Universal is home to two theme parks – Universal Studios and Islands of Adventure, which both include The Wizarding World of Harry Potter (definitely worth seeing if you’re a fan). The Wet N’ Wild water park is close to Universal as well. Tons of rides, shows and things to do will keep you on your toes for days. At the Island of Adventures park, the Hogwarts castle draws people who want to tour the replica and ride indoor and outdoor coasters. Ticket prices include both parks and cost around $150 for one day.

Home to 70 rides (13 roller coasters), a boardwalk, water rides and more, Hershey Park gives visitors a chance to ride the sweetness that is Hershey. Thrill-seekers will love Fahrenheit, the new vertical lift inverted loop coaster that drops riders at 97 degrees. Music fans can enjoy 12 resident live music shows, and don’t forget to have your picture taken with a Hershey character – Reese’s, Hershey’s Kiss and Hershey’s Bar hang out here. Hersheypark is a one-price admission park that includes admission to the park, the Boardwalk at Hersheypark with nine water attractions and ZooAmerica North American Wildlife Park, home to more than 200 animals (about $62 for one day).

Honorable mention: Located in Elysburg, Pa., is Knoebels Amusement Resort, the largest free-admission amusement park in the U.S. Visitors will find roller coasters, kiddie rides, full-service dining, golf and water slides. There is a charge to enjoy the attractions; however, many tickets are under $2.00 for rides and under $15 for an all-day pass to the water park.

Cedar Point in Sandusky is touted as the “rollercoaster capital of the world,” and rightfully so. Cedar Point features 17 roller coasters, along with thrill rides, family rides, Dinosaur Alive!, with more than 50 moving life-sized dinosaurs, and a water park. Racers will love Gemini, a wooden coaster that broke height and speed records when it opened. The Magnum XL-200 was the first coaster to top 200 feet, and you can even see Canada on a clear day. Tickets range from $37 to $115 (various packages), and season passes are available for around $140 plus tax.

Honorable mention: Having been to King’s Island several times, it had to make the list. Also located in Ohio, in Mason, King’s Island is touted as the largest amusement and water park in the Midwest. King’s Island has 16 roller coasters, and a popular ride is the Diamondback, which reaches a speed of 80 mph. The Beast is the longest wooden roller coaster in the world, and you can sit face-to-face with screaming riders on Invertigo. The park also features a Dinosaurs Alive! Soak City Waterpark, family rides and live entertainment.

Six Flags has been a long-time household name among families, and Magic Mountain in Valenica is the top reviewed location on TripAdvisor and Google. Roller coasters include the new Twisted Colossus, the longest hybrid (steel and wood) coaster in the world. The park also offers rides for families and kids, Justice League meet-and-greets, and Looney Toons shows. General admission tickets cost about $75, but if you book a week in advance, they start at about $50.

Honorable mention: Also highly rated is Knott’s Berry Farm in Buena Park, Calif. Packed full of rides for all ages and the Knott’s Soak City Water Park, coaster fans will love the Silver Bullet, an inverted coaster with six inversions in 2 minutes. Just outside the park, check out the California Marketplace, bearing the Knott’s Berry Farm name, featuring 15 shops and restaurants. You do not need a theme park ticket to visit the marketplace. For the park, a single-day ticket runs about $50, and a gold season pass, which includes admission to the amusement and water park runs about $120.

One of my personal favorites, Busch Gardens in Williamsburg is divided into several country-themed areas with distinct rides, dining and attractions. For example, in Germany, you’ll find the Alpengeist, a steel coaster that reaches 195 feet and a speed of 67 mph. Tons of other coasters, kids’ rides, shows and tours will entertain you all day. Located at the park is WaterCountry USA, Virginia’s largest water park. A two-park fun card (one-year pass) gives you access to both parks for $180.