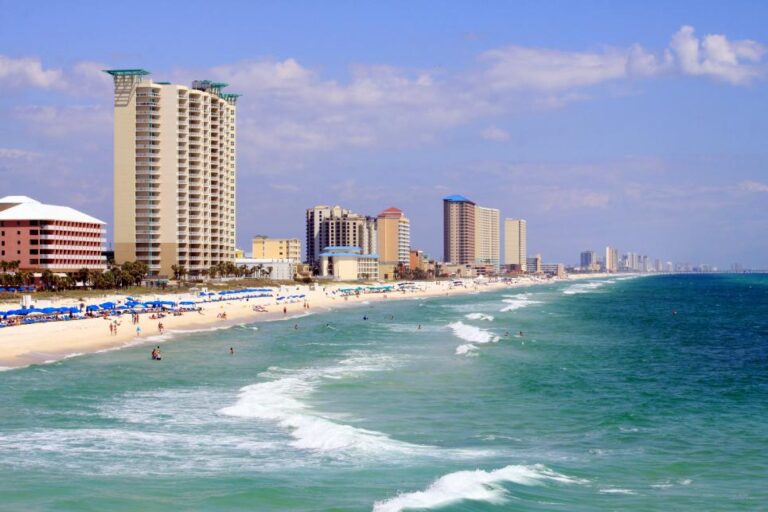 Some cities have a reputation that might not jibe with our reputations. But yet, we want to go anyway. Here are the top 8 guilty-pleasure vacation destinations that we won't admit we can't stay away from:

Atlantic City, NJ: There's no denying it, casinos are the definition of guilty pleasure. Where else can you go to gamble away hundreds, even thousands of dollars to maybe break even and feel less than awesome after it's all over? This northern city is well known for its gaming and many casinos – the city's nickname is America's Playground, after all. Deal packages include casino resorts, spas, golf and special occasions as well. These packages may appeal to those who want to attend the 88th Miss America pageant in 2014.

Las Vegas, NV: The slogan “What happens in Vegas, stays in Vegas” says it all. This city attracts nearly 40 million people a year to its bright lights, big games and even bigger stories. With 17 of 20 of the country's biggest hotels, it's easy to find a place to play and stay. The Sin City reputation tempts even the most innocent as they hit the tables and slots. Travel discounts range from affordable to luxurious, with new vacation deals nearly every day, and guests can add extras like shows. Who doesn't want to see showgirls, illusionists or impersonators while on vacation?

Tunica, MS: It's not the South's Casino Capital for no reason. This gambling mecca caters to travelers who may not have the means to hop a plane to Vegas. With nine casino hotels and nonstop entertainment, Tunica is the largest gaming destination between Las Vegas and Atlantic City. (Strange that all three are on this guilty pleasure list? Probably not.) Tunica does have 11 nongaming hotels and a few B&Bs, and it's location lends itself to outdoor activities and attractions in Memphis, Tenn., which is less than an hour drive time.

Panama City, FL: This hoppin' beach city draws college crowds and adults who love to cruise the strip and have fun, especially for Spring Break. Maybe it's the atmosphere or the white sandy beaches, but people love to party in Panama. With an average 320 days of sunshine a year and a year-round temperature average of 74 degrees, it's hard to resist. The area also has a high number of bottle-nose dolphins, and one of the country's largest sport fishing fleets in the country. Accommodations and things to do range from cheap to expensive, and its location attracts those who want to drive to the beach in less than eight hours.

Gulf Shores, AL: Another popular Spring Break destination, Gulf Shores offers all the beach-city amenities without the price and hassle of more popular beaches in Florida. One of many affected by the largest oil spill in U.S history, Gulf Shores is recovering well, and vacationers still flock to area for vacation. There are dozens of travel discounts too – ranging from girlfriend getaways to music fests – and some of the state's best golf courses are located in the area. Also, at Orange Beach, nominated as one of the Ultimate Fishing Towns in America, visitors can deep-sea fish at the largest artificial fishing reef in the country.

New Orleans, LA: Before Hurricane Katrina, New Orleans was known simply as the home of Mardi Gras, the biggest free party on Earth. But, we all know why it is: the beads. Even though it's not a tradition per say, Bourbon Street in the French Quarter is full of people who will do almost anything for them. New Orleans is working to develop a better reputation as its events and spicy foods drew more than 9 million people to the area in 2012. Vacation deals include fun packages like spa, cruise and romantic weekend deals.

Gatlinburg, TN: Living in Nashville, Gatlinburg seems to be the closest place to get away from the big city. Located in the Smoky Mountains, hotel accommodations are very affordable, and you can find luxury suites and cabins for the same price you'd pay for a one-bed room in a more popular destination. Things to do such as ziplining, shopping and Ober Gatlinburg, the only ski resort and amusement park in Tennessee, bring in locals for short trips. You don't need a deal to visit Gatlinburg because it's already an affordable place to visit. It just may not be the most bragable place to visit.

Branson, MO: Another mountain destination, Branson attracts more seasoned vacationers who want a wholesome, family vacation. Located in the Ozark Mountains, the city does have plenty to do outdoors such as hiking and spelunking, and the award-winning Silver Dollar City theme park. The area also offers museums and live entertainment – with 100 shows a year –  supporting its reputation as the live music show capital of the world. You may have not heard of many of them, but mainstream music is overrated, right? Tons of places offer lodging discounts, and special packages include theme park tickets or recreation deals.