As trolleys in U.S. cities make a comeback, here a few fun tidbits about their place in pop culture. 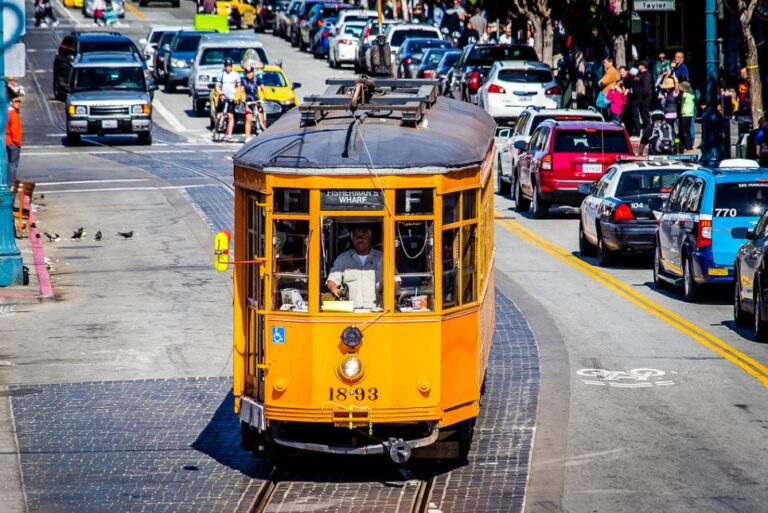 Photo courtesy of Mobilus In Mobili

Traveling within many U.S. cities – from Atlanta and Seattle to Tucson and Washington, D.C. – is about to go retro with a twist of right now, thanks to the addition or return of streetcar/trolley lines.

Livability recently spotlighted five cities where trolleys once thrived but faded away. Their resurgence elsewhere is a mark of revitalization in many downtown communities, bringing a heightened demand to transport workers, residents and tourists coupled with a focus on reducing pollution through efficient transportation: less gas, more electricity.

“Our cities are gentrifying, and there is an increasing demand for urban transit,” says Ken Rucker, director of the National Capital Trolley Museum in Washington, D.C. “We see cities like Washington discouraging vehicle use and encouraging cleaner options such as streetcars.”

As trolleys make a comeback, here a few fun tidbits about their place in pop culture:

It’s no secret that the classic film A Streetcar Named Desire (1951) involves a streetcar. Perhaps less well known: The actual Desire streetcar line in New Orleans had become a bus line by the time Tennessee Williams’ 1947 play was adapted for the screen. Streetcars were still used in other parts of town, so local authorities lent the filmmakers a car bearing the “Desire” destination sign for the opening scenes in which Blanche DuBois arrives in the Crescent City to move in with her sister, Stella. (“Stella!”)

Maya Angelou, the American author, poet, dancer and singer who passed away May 28, 2014, led a life of distinctions, including one related to streetcars. Born in St. Louis, Angelou’s love for the arts won her a scholarship to study dance and drama at San Francisco’s Labor School. In 1942, the 14-year old dropped out of school and became the first African-American female cable car conductor before moving on to jobs that included waitress, cook and eventually performer.

Diners set in old trolleys – or built to look like them – dot the American landscape. Among the oldest are Mickey’s in St. Paul, Minn., a replica built in 1939; the Trolley Car Diner in Philadelphia, two restored cars from 1948 and 1952; and the Steel Trolley Diner in Lisbon, Ohio, constructed as a car and used as a diner since 1955.

A Trolley-ful Day in the Neighborhood

For Americans of a certain age, the most memorable trolley might be the one seen in Fred Rogers’ living room on Mr. Rogers’ Neighborhood, the PBS program that ran from 1968 to 2001. The red trolley would roll through a doorway in the wall and meander to the puppet-filled Neighborhood of Make Believe. While the location of the trolley props isn’t known, several replicas exist, and one of the signature sweaters worn by Mr. Rogers (who died in 2003) is on display at the Smithsonian’s National Museum of American History.

*Photo courtesy of Mobilus In Mobili, available under a Creative Commons license.