Skip to content
Home > Experiences & Adventures > Watch Downton Abbey to See the Clothes? You Can See Them in Person Next Year

Watch Downton Abbey to See the Clothes? You Can See Them in Person Next Year 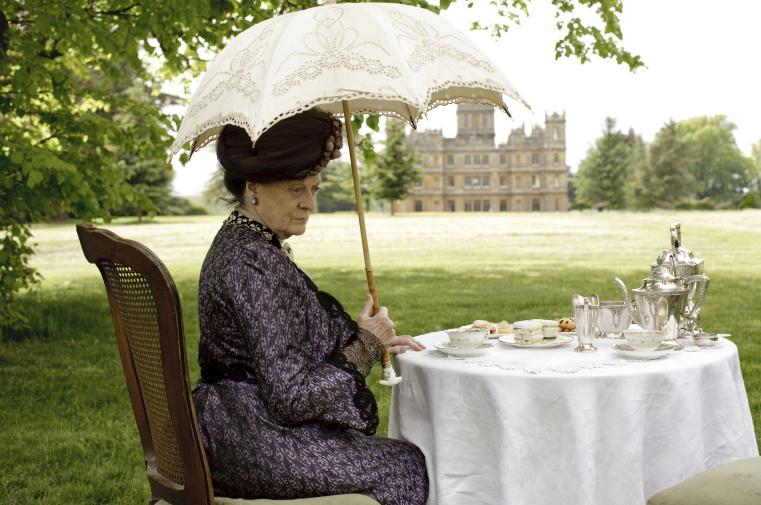 A wildly popular show is making the transition from television to reality. Over 40 costumes from the Emmy and Golden Globe-winning series Downton Abbey will be on display at Biltmore in Asheville, N.C., beginning February 2015. The exhibit titled, Dressing Downton: Changing Fashion for Changing Times showcases the Emmy-winning creations featured on the show set against the beautiful backdrop of the 250-room mansion built by George Vanderbilt.

The clothing will be grouped in rooms inspired by real life at Biltmore and also by fictional scenes from the show. Viewers can gaze at a pale blue-gray, silk dress worn by Cora Crawley or a vibrant red dress with embroidery of Lady Mary Crawley’s. The combination of the costumes and the mansion, which bears a striking resemblance to the show’s setting at Highclere Castle, will transport visitors to their favorite Downton Abbey scenes.

Creations from the Past

Starting in February and lasting until Memorial Day, the exhibit presents a unique and interesting window into that particular time period, starting with the sinking of the Titanic in 1912, followed by the tough and tumultuous years of World War I, and then the rising age of Jazz and the roaring 20s. The distinct variety of clothing represents the many societal changes that occurred in the early 1900s, especially the changing roles of women and the influence of etiquette during that era.

Biltmore, which opened in 1895, serves as the perfect setting for the exhibit. George, his wife Edith and their daughter Cornelia lived in the Biltmore House during the same era as Downton Abbey, and their life at the mansion wasn’t too unlike the fictional life of the Crawley family from the show.

“The day-to-day running of the house was surprisingly similar to that of Downton Abbey,” says Biltmore’s Director of Museum Services Ellen Rickman. “Just like Downton has Mr. Carson and Mrs. Hughes, Biltmore had its own cast of fascinating characters. Displaying these fabulous costumes from the show gives us an unparalleled opportunity to delve into Biltmore’s stories.”

Tickets for the exhibit go on sale this July, and the price for the exhibit is included in the admission price for Biltmore. Even returning Biltmore visitors will get an additional treat as new stories will be shared about the Vanderbilts.

If the exhibit alone doesn’t entice you, Biltmore itself is worth a visit. A French Renaissance chateau, Biltmore is America’s largest private residence and the current estate encompasses 8,000 perfectly manicured acres, featuring an award-winning winery, a four-star inn and an Equestrian Center. A collection of furnishings, art and antiques owned by the Vanderbilt family is displayed throughout the home.