Skip to content
Home > Healthy Places > For This Community, It’s Not Just the Pro Sports That Matter

For This Community, It’s Not Just the Pro Sports That Matter

The South Lake Hospital National Training Center is providing healthy benefits for residents and serves as a draw for people to relocate to the Orlando area. 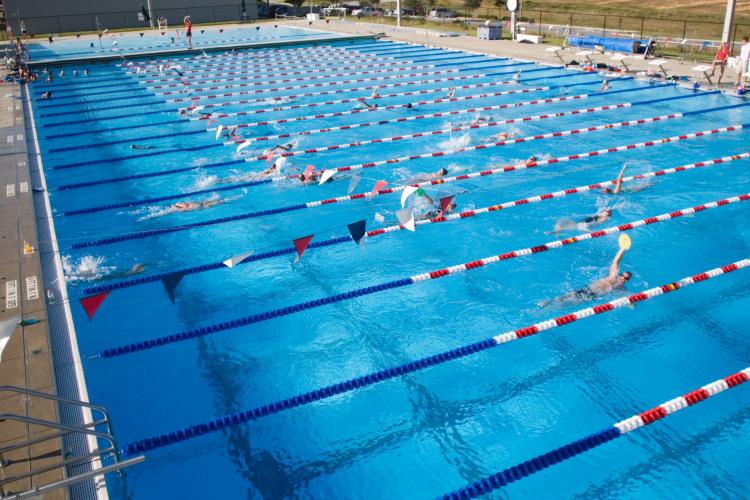 Health can be contagious. At least, that is what the South Lake Hospital National Training Center in Clermont, Fla., is trying to prove. The center is a boon for residents and a draw for people to relocate to the Orlando area.

Ever since the facility opened in 2001, athletes from throughout the country have flocked to Lake County – located just west of Orlando – to take advantage of all the amenities offered by the National Training Center (NTC). Approximately 10,000 athletes visit the NTC each year, with some even relocating to the area to train full time. And there is no doubt that constantly seeing so many fit runners, bikers, swimmers and soccer players around town can certainly act as an incentive for local residents to exercise more often and maintain a healthy lifestyle.

“We’re creating a culture in our community that there are always activities to participate in to be healthy,” says Kim Couch, the community relations manager for South Lake Hospital. “Being in that sort of environment catches on. In the last five years, we’ve seen more people wanting to take personal responsibility and make themselves healthier. Our goal as a hospital is to improve the quality of life for people, and doing it through prevention is the key. And sports is a great way to excite people about that. With sports, they’re being healthy, and they don’t really know it.”

The 120-acre National Training Center complex includes an Olympic-size pool, a $1.2-million track, baseball and softball fields, and multipurpose fields for soccer, lacrosse and rugby. There also is a human performance lab, where athletes can use sports science testing to learn how to train safely and efficiently at their optimal level.

Athletes from more than 30 nations have either trained at the facility or participated in the various tournaments held there each year. The National Training Center was the primary training ground for 23 athletes who took part in the 2012 Summer Olympics in London. USA Triathlon has part of its headquarters at the NTC, and Triathlete Magazine named Clermont one of the top 10 places for triathletes to live, primarily because of the facilities.

While there is an economic impact to the National Training Center (the softball tournaments alone have generated an estimated $2.4 million per year since 2008), Couch says the true benefit from the facility has been to improve the overall health of the Lake County community. In 2013, South Lake Hospital renamed part of its campus the Live Well Fitness Center, with plans to use the success of the NTC as a way to promote wellness throughout the region.

“It’s about creating a healthy lifestyle, not just about working out,” Couch says. “We want people to learn the best way to exercise, but also how to eat right, how to shop for food, good hand-washing techniques, things like that. We’re constantly in the community, with the goal of trying to make everybody healthier. In a few years, we hope to see less obesity, less diabetes and a healthier, more-active community. The National Training Center has been a great tie to give people things to do and get them into that healthy culture.”