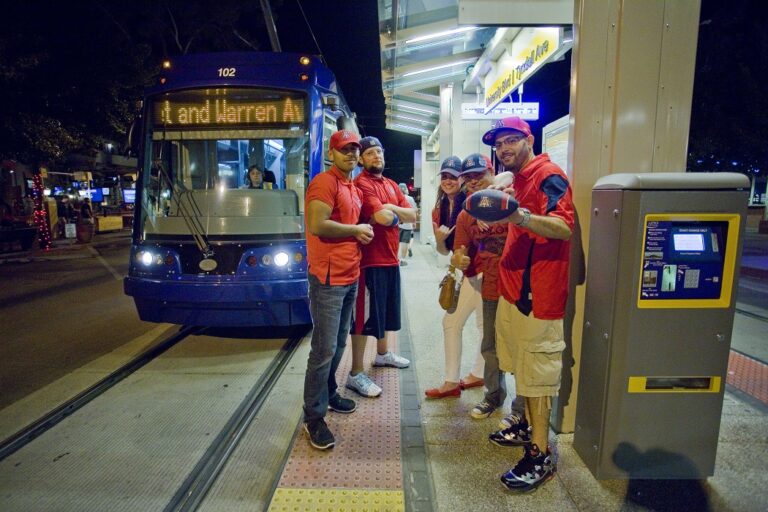 Streetcars are making a comeback in cities across the U.S., from Seattle, Wash. to Tucson, Ariz. But what is it about this mode of transportation that makes a city better and more livable? Check out these ways that streetcars help improve cities:

Streetcars are different from what they were decades ago. No longer are they for tourists or enjoying a leisurely ride through town.

Today’s streetcars work to connect to other parts of a city’s transit system and to neighborhoods that were previously out of the loop. For example, in Seattle, Wash., which began a major light rail expansion in 2008, the Seattle Department of Transportation is connecting more neighborhoods such as the Seattle-Tacoma Airport to downtown Seattle. And this connectivity is helping spur development and revitalize areas that may not have a need or want for metro rail or busing.

Simply put, if you can get people to a location, they’re more likely to spend money and stay in the area. Businesses will cater to more travelers and expand. Apartments and condos will be built for residents who want to live in the area. And as connectivity and business grows, so do job opportunities, which help provide an even bigger economic boost.

Road construction can be inconvenient and frustrating, especially when trying to get somewhere on time. Unlike busses, streetcars do not require additional or new traffic lanes, which cuts down on city and taxpayer costs. Developers can build the rail on the street, allowing the streetcar to travel with the current traffic.

Commuters also don’t have to worry about parking or storing their cars, which saves them money and allows the city to use those areas in more productive ways. One example is Cincinnati, Ohio, where a new School for the Creative and Performing Arts has been built, allowing the former building to begin renovations to become apartment housing in the area. This saves taxpayers and the city from having to pay for unused areas, and these areas can generate more money through new development.

3. Help Save the Environment

Streetcars are also cheaper to operate. They are typically smaller, lighter and more inexpensive to run than busses or metros. They run on electricity rather than fuel, and as we all try to cut down on energy costs, electric vehicles may be a more viable option. Additionally, many streetcars seat more people than busses, so it’s not required to make as many of them. They can also be linked to accommodate heavier traveled areas, so instead of four busses, a city may only need two streetcars, using less resources and space.

Aside from energy costs, streetcars also encourage people to not drive. If you’re heading into the area for the day, you can hop on a streetcar and save on gas and cut down on pollution. If fewer residents drive, especially in heavy traffic areas like a downtown, that’s fewer cars on the road sending less emissions into the air.

As a Nashville native, I love seeing the trolleys in Nashville and Franklin because they’re cute and add something special. It makes me smile to see happy people ride their way through the area, and it sure beats looking at a bus or metro. Aesthetically, streetcars are more appealing.

Residents in other cities are catching on, too. Due to the success of streetcars in Portland, Ore., it added its 17th streetcar in November 2014 and even hosts a Streetcar Mobile Musicfest where bands play on the evening commute. Many places, including Tucson, Ariz., use streetcars to link people to entertainment districts and special events.

Streetcars are also more open to design and customization. The ones in the Nashville area resemble trolleys, however in Tucson, they are longer and more modern looking. Cities can even have custom paint jobs done to help for organization purposes or show city pride.