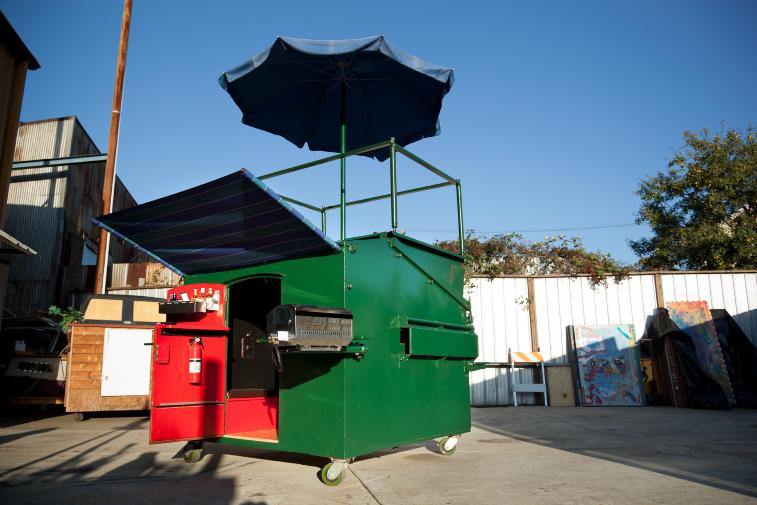 Cities across the country are working with religious, nonprofit and business leaders to solve the problem of homelessness, and find safe, affordable, permanent housing for displaced families and individuals. We've identified six cities where people are taking a lead on the issue with innovative and inclusive solutions.

Small is the next big thing when it comes to combating homelessness in this midwestern city. Born from the Occupy Madison movement, the city’s tiny house project hopes to provide shelter for those hardest hit by the most recent economic downturn. Volunteers with Occupy Madison Inc. construct 99-square-foot shelters out of recycled pallet wood and other materials. Each solar-powered house features a bed, composting toilet, a vented propane heater, water system and can be moved to different locations via trailer wheels. Recipients must volunteer at least 32 hours in the community prior to moving in and must remain engaged in the community for the duration of ownership.

In the Bay area, artist and builder Gregory Kloehn has put a creative spin on the small house movement. His group the Homeless Homes Project uses recycled scraps and discarded materials, such as old refrigerators, paint and even pizza delivery bags, to build tiny movable shelters for the city’s homeless. So far, the group of volunteers has constructed 10 shelters with more construction planned at Kloehn’s Pacific Pipe workshop.

The Houston Police Department’s Homeless Outreach Team takes to heart its duty to protect and serve. The HOT team, which is composed of a HPD sergeant, two officers and a mental health professional from the Mental Health Mental Retardation Authority of Harris County, began going out into the community in 2011 to assist the city’s homeless population in securing temporary and permanent housing, employment, and medical care. Because homelessness is often a multilayered problem, the team also assists with related tasks, such as obtaining a birth certificate or social security card, or with public transportation.

Homelessness among military veterans has grown significantly since the end of the wars in Iraq and Afghanistan – a problem that prompted First Lady Michelle Obama and Dr. Jill Biden to introduce the Mayors Challenge to End Veteran Homelessness. New Orleans Mayor Mitch Landrieu not only accepted that challenge but pledged to be the first city to eradicate veteran homelessness by the end of 2014. The city has already reduced its homeless numbers among veterans by more than 60 percent since 2012, when it implemented the 100 Day Rapid Results Boot Camp to find housing for 100 veterans in 100 days.

An offshoot of the Mobile Loaves & Fishes, an outreach ministry that provides food and clothing to Austin’s homeless, the Community First! Village is a 27-acre master-planned community that will provide affordable, sustainable housing for the homeless. The group also operates the Genesis Garden, a community volunteer garden that provides fresh fruits and vegetables for the homeless.

When city officials initiated its 10-year plan to end homelessness, dubbed Welcome Home Billings, they decided the most effective methods would require increased community awareness and active involvement. In conjunction with the city’s Venture Theatre, the city produced a play depicting true stories of homelessness. The city also sponsored a community garden to provide food for homeless families and coordinated fundraising events to allow residents to contribute financially to the project.

According to the National Coalition to End Homelessness, overall homelessness in the U.S. decreased by about 3.7 percent in 2013. This decline, while positive, does not suggest that the nation’s homeless problem has been solved. The NCEH estimates that on any given night, more than 600,000 individuals are without adequate shelter.