You don’t have to live in Hollywood or New York to work in the movie business. Here's proof. 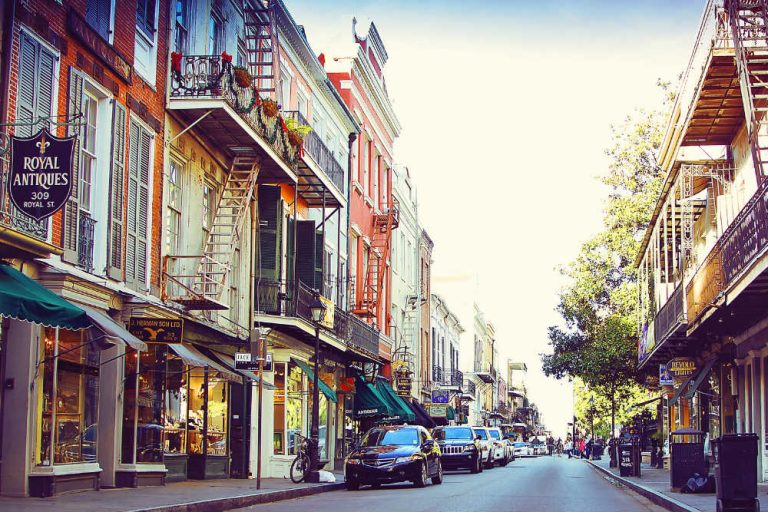 Courtesy of .distracted under a CC 2.0 license.

Ever dreamed about making a living as an actor, director or creative crew member, but don’t want to deal with the hustle and hassle (not to mention astronomically high cost of living) of Hollywood or New York? Believe it or not, it’s possible to enjoy a terrific lifestyle and still make a living in the movie business without relocating to LA or NYC. Here are six cities that have become film hot spots in their own right – not to mention great places to live and work.

Warm temperatures, great food, gorgeous historical architecture, a lively entertainment scene and fun festivals galore make New Orleans a wonderful place to live, and a major hub for movie and TV production. “At any time we have 10 projects either prepping or shooting in and around New Orleans, and 80 percent of them are crewed up locally,â€ says Kay Williams of FilmNewOrleans.

Notable productions based in the Big Easy include “Treme,” “The Big Short” and “Queen Sugar.”

Albuquerque enjoys 310 days of sunshine a year, a comparatively low cost of living and a vibrant film community that offers all kinds of training and jobs.

“We’re known as a film-friendly city,â€ says Ann Lerner of the city’s film office, ABQFilm, noting the city’s varied locations – it has doubled for Afghanistan, Nigeria and Munich, among other places – and its proximity to Hollywood as big draws. “It’s faster to fly from LAX to ABQ than it is to drive from Burbank to Santa Monica,” she jokes (although with LA’s infamous traffic, there’s definitely some truth to it).

“Breaking Bad” famously filmed here, as did “No Country for Old Men” and “Terminator Salvation” among many others.

Nashville is the home of country music, but this booming city is also an attractive place for movie makers. “Coal Miner’s Daughter,” “The Green Mile,” “Country Strong” and the city’s namesake TV show “Nashville” are among the Music City’s film credits.

In addition to the movies and series filmed here, Nashville is also home to not one but two TV channels: CMT and RFD-TV. An exciting culinary scene, gorgeous countryside and an endless list of fun things to do help draw young creatives to Nashville.

You’ve undoubtedly seen lots of Vancouver on TV, but you might not have known it, as this Canadian metropolis often stands in for New York or Chicago. This versatile West Coast city is the third-largest film production center in North America, annually supporting 42,000 jobs and generating billions of dollars. But it’s also a great place to settle down, ranked the third-most livable city in the world by The Economist for its infrastructure, health care and stability.

Sure, zombies enjoy living (or unliving) in Atlanta, as “The Walking Dead” has demonstrated. But movie-makers love this dynamic city too. Great urban and suburban settings, including antebellum mansions, a solid crew bench and Georgia’s generous tax incentives make this one of the country’s leading places to shoot movies and TV.

In 2014, the film industry had a $5.1 billion impact on the state. Among notable productions based here: “The Hunger Games,” “Anchorman 2” and “Stranger Things.”

Despite the rainy weather, Portland’s creative culture has nurtured a very successful filmmaking industry. The city supports no less than five film festivals, several of which are more than 40 years old. It’s also home to LAIKA, the production company famous for its evocative fantasy films, like “Coraline” and “Kubo and the Two Strings.” The Northwest Film Center supports filmmakers with classes, exhibits and equipment rental, even serving as a fiscal agent for movie makers in search of capital.

The Oscar-nominated “Wild” was filmed in and around Portland, along with the beloved satirical send-up of the city itself, “Portlandia.”