What does being a sports fan have to do with loving where you live? A lot, actually. 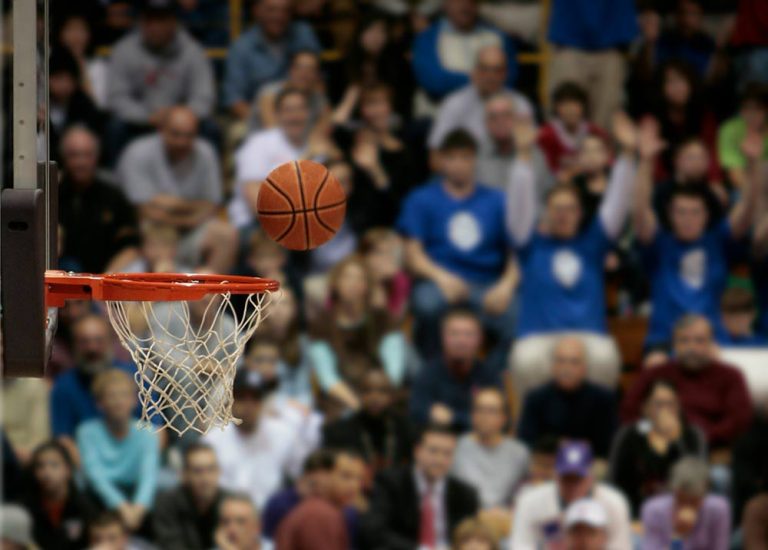 A few years ago, as a gift, my husband got a t-shirt that says “GO SPORTS! Move the thing to the other thing!â€ That, my friends, is my sports knowledge in a nutshell. I know there’s usually a ball. The end.

So why am I excited enough for the NCAA March Madness tournament that for the first time ever, I actually know/care when Selection Sunday is this year? Because chances are good (really good) that my team will play.

My team. That’s the truly weird part. I actually have a team.

Let’s be real: the kind of fans that storm the court and light cars on fire could be an entirely different species from me. But I do have a vague sense, common to sports fans, that my team belongs to me. That when we’re winning, I magically had a hand in making it happen. It’s a collective fate that we’re all creating and experiencing together. How else to explain the adrenaline rush that makes sports fans destroy goal posts? They experience victory basically as if they personally threw the sports ball through the net (or however it works).

All this bears a lot of parallels to being attached to where you live. Minus the ball. For instance:

Sports fandom and place attachment, it’s clear, operate on similar principles. Imagine if we could channel all that sports passion into community passion. What (totally metaphorical) goal posts could we knock down together? What sports ball courts could we storm?

As a first step, try this March Madness–themed Love Where You Live experiment and become a fan of your local sports team. When it comes to knowledge of football – offense and defense and yard lines and such – all I can really say is “Move the thing to the other thing!â€ In Blacksburg, however, I forced myself to go to a few Virginia Tech Hokie football games. Turns out, the fact that I’m a few pom-poms short of a cheer squad didn’t even matter. The fervor of the football fans in the stadium proved contagious. Now, not kidding, I tear up when I hear the Hokies’ theme song, “Enter Sandman.â€

Even though I know Virginia Tech and Blacksburg aren’t one and the same, being loyal to one makes me feel more loyal to the other. So find a sports team. Minor league baseball, university tennis, high school football, whatever. Go to a game or five. Chant the cheers. Sing the songs. Buy the t-shirt. Defend it at all costs. Be a fan.