Skip to content
Home > Love Where You Live > Best U.S. Cities for Bees 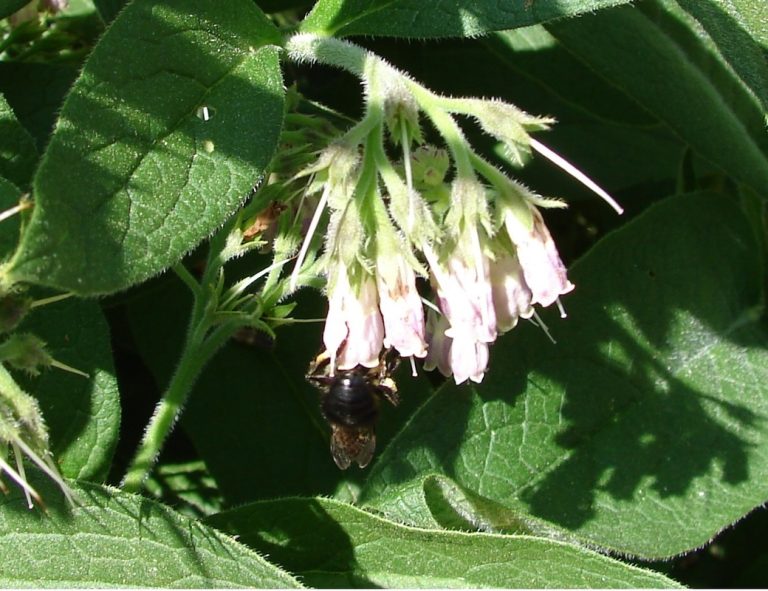 Understanding the importance of bees in our lives can be accomplished by acknowledging one simple fact. One in every three bites of food we eat is courtesy of insect pollination. But the world's greatest pollinators are decreasing in number. Like many other species, bees have seen the precious habitats they need to survive and thrive threatened by the buzz kill of development. Thankfully, a growing number of U.S. cities are taking steps to lessen the sting.

The 20,000 varieties of pollinators are “kind of important,” understates Phyllis Stiles, executive director of Bee City USA, a nonprofit that certifies bee-friendly communities throughout the nation. Pollinators “provide an increasingly important part of our ecosystem; they’re responsible for the survival of 85 percent of all the plant species on the earth, and 75 percent of the crops that we eat,” Stiles says.

Sustaining bees means ensuring access to “tons and tons and tons of habitat that is rich in native flowers and free of pesticides,” she says. In identifying the best cities for bees, we looked for communities with defined resolutions and commitments to protecting and/or creating sustainable habitats for pollinators. Below is a look at the cities where bees can find plenty to eat and residents who understand how important they are.

Arguably the nation’s pollinator capital, this mountain city is home to Bee City USA, several dedicated shops including Asheville Bee Charmer (sourwood is original to the city) and the raucous Pollinator Celebration Week each June.

North Dakota is the nation’s top honey-producing state – in 2014, its bees produced some 42 million pounds valued at $84 million – and Bismarck is an anchor city. When in town, stop by TJO Bees for a taste.

Historically agricultural Talent became the second Bee City USA designee (after Asheville) in 2014, thanks in part to a local coalition’s efforts and its vision “to establish a pollinator corridor through town, rich in masses of flowers that are native to Oregon.”

Home to the annual Clarkson Honeyfest (Sept. 23-26, 2015), Clarkson also has Kelley Beekeeping, which has grown from a tiny outfit started by Walter T. Kelley in 1924 into an international source of multiple beekeeping products – hives, clothing, queens and bees, harvesters, smokers, and more.

The largest bee city, Seattle “has done amazing things,” Stiles says, such as limiting the use of insecticides, promoting a “pollinator pathway,” and making Seattle-Tacoma International Airport (Sea-Tac) – whose open space houses 24 honeybee hives – “a glowing example of how a big landscape can be a refuge for pollinators.” Portland International Airport has a similar initiative.

The reasons for becoming bee-friendly cities vary. In Seattle, one of the key organizers points to two primary motivations: preserving the environment and serving as an example to other metropolitan areas.

“Seattle has a long history of supporting urban agriculture and the local ecology,” says Bob Redmond, executive director of The Common Acre, a nonprofit dedicated to making and keeping The Emerald City friendly to bees and other pollinators. “If we’re going to continue our commitment to the ecology, we need to be really engaged” in supporting pollinators, he says.

In addition, Redmond and his cohorts – multiple organizations, individuals and city leaders who have provided impetus to the initiative – take seriously its pioneering mantle as a big, highest-profile bee city.

“Being a larger city, Seattle can be a great example to other cities on how to embrace and protect the ecology, even though we’re pretty urbanized and growing at a very rapid rate,” he says.