Chickens Are Coming to Your Neighborhood

Your new neighbor might just be a chicken. See how this urban trend is spreading to smaller towns. 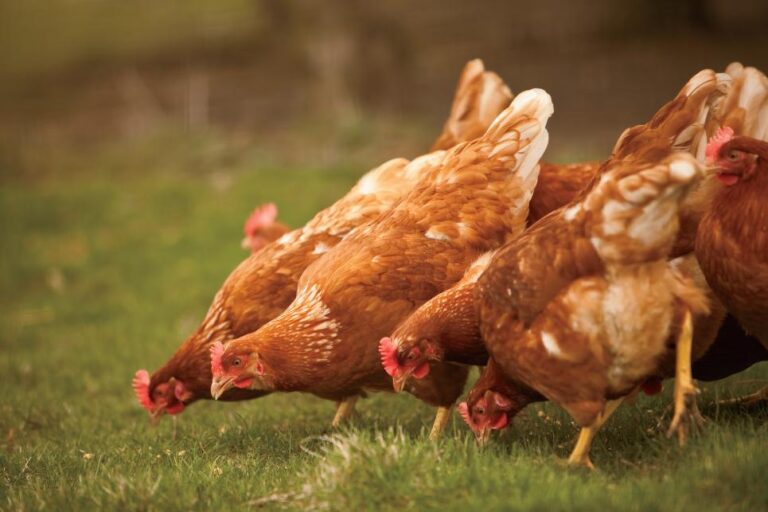 In the early 20th century, city dwellers often had large “gardens” that helped supply the family with produce year round; a handful of poultry in urban and suburban areas was far from uncommon. During the Depression and World War II, both were necessary and patriotic. By the 1950s, urban agriculture declined steadily with the advent of the supermarket and pre-packaged meals.

We’ve come full circle: the growing cultural commitment to knowing the source of one’s food often means growing it ourselves. Now, distinctly nonagricultural cities and towns are faced with zoning and legislating not only gardens, but animal husbandry. The hottest trend: raising a small flock of chickens in one’s yard for fresh eggs. Some look at it as “back to basics,” others as newfangled “urban homesteading,” but it’s here to stay.

Rules and Regulations for Raising Chickens

There’s a struggle with the complexities of keeping poultry, from concern about sanitation and noise to loose chickens escaping the yard. But in spite of nuisance factors, chickens turn up everywhere – with caveats from local government. Generally, urban farmers must file for permits for both hens and coop, and often pay a yearly license fee like you’d pay for any other pet.

For example, Lawrence, Kan., limits homeowners to a maximum of 20 hens, no roosters, within the city limits, with a maximum of one hen per 500 square feet of property.  Residents are required to provide a reasonably predator-safe coop with three square feet per chicken with a run, 10 without a run. Also required are roosts, laying boxes and thorough sanitation. Similar requirements abound.

The limitation on roosters (they are frequently forbidden) cuts down on noise control and over population, but it’s also the aggressive rooster protecting hens from predators, so coop requirements need to be stringent.

Lawrence resident Larry Brow says, “The greatest challenge for us has been unexpected urban predators, including possums, a hawk, and wandering dogs. Our containment measures are now excessive for keeping chickens in, but sufficient for keeping predators out.” He adds, “I also can recommend Black Stars and Barred Rocks as great laying breeds.”

His wife, Carla Tilghman, says, “Aside from the joys of ‘chicken TV’ – watching the chickens is quite amusing – we've enjoyed fresh, hormone-free eggs, saved money, and taught our son about animal husbandry and notions of land/animal stewardship. Oh, and I got to buy a cool pair of galoshes.”

Nancy Johnson of Burbank, Calif., praises the lessons her two young daughters can learn as well. She and her husband encourage Lily and Zoe to help plan and build their forthcoming coop.

Chickens appear across demographics. One anti-chicken argument connected them implicitly with immigrant cultures, but those stereotypes have gone.

In upper-income Franklin, Tenn., chicken-raising thrives. Michael Schuerer, of Decatur, Alabama’s Reliant Finishing Systems says, “My sister Paula lives in Franklin and also has a vet practice, Animal Ark, there. She has a pretty impressive chicken coop that we built. She keeps her chickens behind her vet building and had to go through one or two comical hoops to get everything OK’ed by the city. I don't think it was challenging, just a bit unusual.” Of note, Franklin allows for roosters.

In nearby Nashville, Martha Ann Martin laughs about raising a few hens in the old, charming Oak Hill neighborhood. “My parents live next door, and they have goats. You can’t allow them to procreate, though, so only females.”

While progressive Lawrence and other cities move on to urban pigs, goats and sheep, hens are a new issue some places. Knoxville, Tenn., passed its first pro-chicken laws in 2010, allowing up to six hens for noncommercial use, supported by the Knoxville Urban Hen Coalition, a grassroots group.

As one metro Atlanta area hen owner tells it, “We live in unincorporated DeKalb County, which requires two acres for chickens by law, but quite a few folks around here have them anyway. I found a post about my part of town on a chicken forum: A lady contacted animal control. She was told that unofficially they were not going to bother with anyone that had a few hens for eggs, unless the neighbors complained … I am, however, allowed 200 racing pigeons.”

While racing pigeons and even goats aren’t on many radars yet, urban, egg laying chickens remain a growing trend, and don’t expect them to decline (if you're thinking about it, check out the Urban Chicken Podcast). The urban farmer seems permanent in our new landscape.