Five Things to Do With Your Dead Shopping Mall 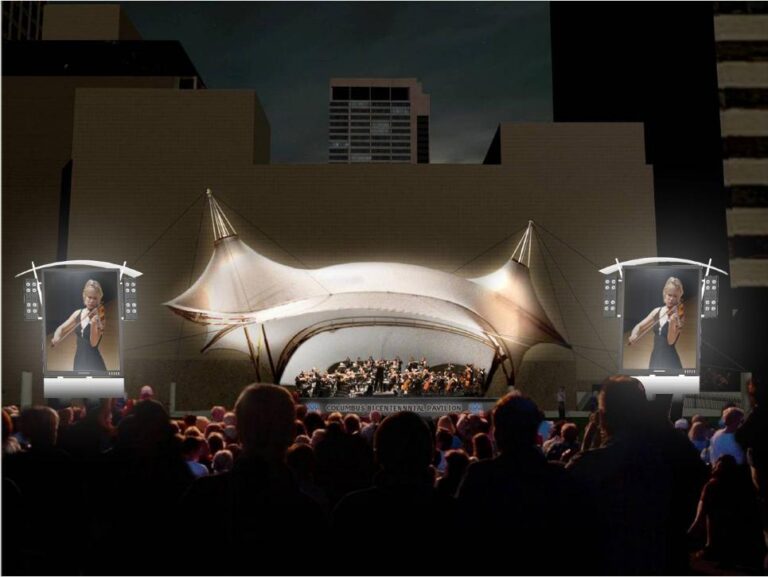 A mall used to be the place to meet up with your friends, scope out the opposite sex and buy everything from jeans to sticky cinnamon buns. But since their heyday of the 80s and 90s, no new indoor shopping malls have been built in the U.S. since 2006 thanks to online shopping and the real estate crash.

Commercial real estate experts forecast that brick-and-mortar indoor malls will decline further as more people bypass bricks for shopping by clicks. So what’s going to happen to all those dead malls and big-box stores?

Some savvy entrepreneurs have found ways to give those old malls a new life.

1) Turn it into a park: In Columbus, Ohio, failing City Center mall was demolished to make way for a 9-acre park featuring gardens, a performance stage, carousel, reading room and a cafe.

Some malls were built before wetlands preservation regulations existed, and at the end of their lives, the malls were torn down, according to Realty Biz magazine. The mall land was converted to habitats for migrating waterfowl and endangered plant and animal species.

2) Turn it into a school: After a tornado destroyed their school, high schoolers in Joplin, Mo., went to a temporary learning space converted during a major mall retrofit. The Randall Park Mall in North Randall, Ohio, houses an automotive technical college, and a former Old Navy store in Florida's Tallahassee Mall now echoes to the sounds of a fencing academy.

3) Turn it into a destination: Malls losing retail stores turn to other tenants to fill space and draw shoppers. Grapevine Mills Mall near Dallas added an aquarium, and a mall near Houston is home to an indoor gun range, The Arms Room. Other malls have opened fencing clubs, indoor go-kart tracks and trampoline rooms. Some malls have been converted to office spaces, performing arts venues, library branches, city government offices, medical offices and just about anything a developer can imagine.

4) Turn it into a new mall: You can teach an old mall new tricks, just look at the La Gran Plaza mall outside Fort Worth, Texas. There, owners of the dying mall converted traditional retail spaces into a Mexican marketplace, with vendors selling candy, apparel and music geared to the local Hispanic market. It’s the same story with Plaza Mexico in Lynwood, Calif. Renovated to mimic Mexico City in 2004, the space includes shopping, dining and entertainment, and serves as a cultural gathering place for the Latino community.

5) Make a movie: Abandoned malls have been a big-screen favorite since at least 1977 when George Romero set scenes from Dawn of the Dead in the Monroeville Mall near Pittsburgh, a mall that’s still very much alive. Then the Blues Brothers featured a police chase through the empty Dixie Square Mall in Harvey, Ill., before being demolished. The Sherman Oaks Galleria, featured in Fast Times at Ridgemont High and Valley Girls, among others, closed after the 1994 North Ridge earthquake, and re-opened in 2002 as an open-air mixed-use development.