Get the Story Behind the Storyteller 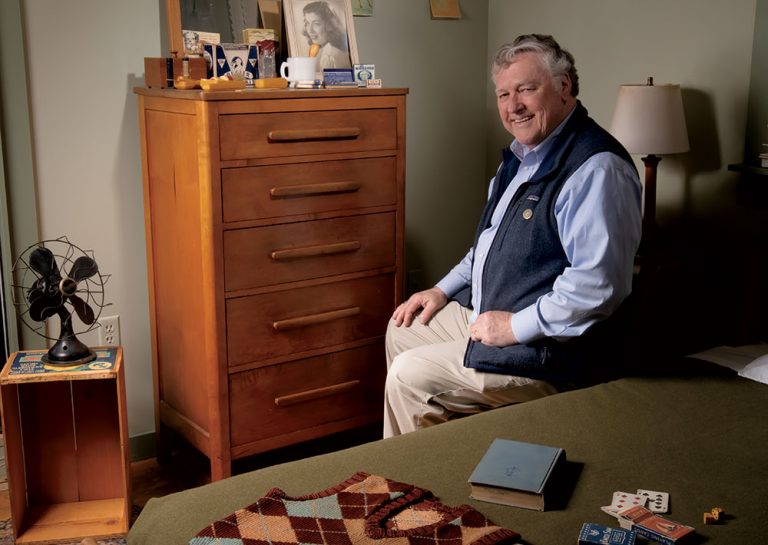 To understand the Oak Ridge of today, it’s critical to consider its history back to its beginnings during the second World War. No one knows that history better than Ray Smith, historian for the city, former historian for the Oak Ridge Y-12 Plant and recent recipient of the East Tennessee Historical Society’s Lifetime Achievement Award in Community History. While he’s usually the one telling Oak Ridge’s story, this time
he shares a bit of his own – which at this point often is tough to separate.

Branching Out From STEM: How Students Are Finding Their Own Path

Q: How did you become the historian for the city of Oak Ridge?

A: Several years ago I proposed Bill Wilcox be identified as the first historian for the city. He was my mentor and I felt he should be honored for his work preserving our history. The city council agreed and appointed him. A few months after Bill passed away, that role was given to me. I have been the historian for the past four years.

A: I started working at the Oak Ridge Y-12 Plant on September 14, 1970, after finishing my service in the U.S. Air Force and completing a tour in Vietnam. My electronic technician experience helped me be considered for a position as an electrician at Y-12. Over the years I was able to advance to the position of associate division director. When the operating contract changed in 2000, the new contractor brought in 100 people and replaced the entire top of the organization, so I lost my position. That is when I began to look for ways I could fill a need for the company that was not being met. At first, I helped with the due diligence study of facilities being taken over by the contractor. When we were asked to remove unused buildings, I created a list of them, and finally I suggested we needed a historian. They agreed and I spent 10 years as the Y-12 historian where I created documentary films, opened a Y-12 History Center, gave countless tours, wrote weekly newspaper articles and had lots of fun! The job was so rewarding that I put off retirement for several years. Finally, in 2017, I did retire, primarily for my wife, Fanny, and I to enjoy traveling.

“If I had to say one thing I enjoy most, it would be helping young people appreciate our history.”

Q: What do you enjoy most about being a historian?

A: The people I meet are the most enjoyable part. Everyone has a story and many have really good connections to Oak Ridge. My life has been one of continual learning, and I enjoy research. If I had to say one thing I enjoy most, it would be helping young people appreciate our history. I just completed assisting Dr. Lee Riedinger teach an honors course on the history of the Manhattan Project at the University of Tennessee. Often, I am able to interact with students via Facetime after they have watched portions of documentary films I have produced and answer their questions. Such fun! And they love the stories of people in our past.

Oak Ridge: Entertaining Inside & Out

Q: What is most special about Oak Ridge?

A: Oak Ridge is unique in so many ways. Having begun in such a strange way as to help build an atomic bomb, something the world had never heard of before, and to grow so quickly, again something that had never been done before, all makes for a very unique city. I have heard it said that, “Oak Ridge is the biggest little city you have ever seen.” That is said because you will find things in Oak Ridge that many cities much larger than Oak Ridge do not have. Examples are the Oak Ridge Playhouse, the American Museum of Science and Energy, the Children’s Museum of Oak Ridge, and most recently the Oak Ridge History Museum. Other things that make us “big-likeâ€ are the civic music association, excellent school system, our rowing venue and all the greenway trails.

Q: What are your plans for the future?

A: Fanny and I plan to continue traveling a lot! I am a commissioner on the Tennessee Historical Commission and plan to continue there. Assisting the American Museum of Science and Energy and the K-25 History Center development will remain a part of my role as the Oak Ridge city historian. I am a senior historical specialist with Strata-G and am currently working on some historical markers for the UT Arboretum. I will support other work Strata-G has for the Department of Energy and others. Writing Historically Speaking for The Oak Ridger newspaper will continue. Presentations to groups and teaching Oak Ridge Institute for Continued Learning classes as well as speaking at conferences and schools seem to be things that will continue. Retirement is good, but Fanny tells me she can’t tell any difference. I tend to stay rather busy.

The Latest Out of ORNL

Q: What about the future of Oak Ridge?

A: As far as what is in the future for Oak Ridge, I believe we are on the cusp of seeing great things! I hope to see us attract more young couples to live in our city. Industrial development will come with the availability of places such as the Heritage and Horizon Centers. Retail growth is already progressing at Main Street Oak Ridge and other locations. Housing starts are up significantly. I see many indicators of even more good things coming our way.