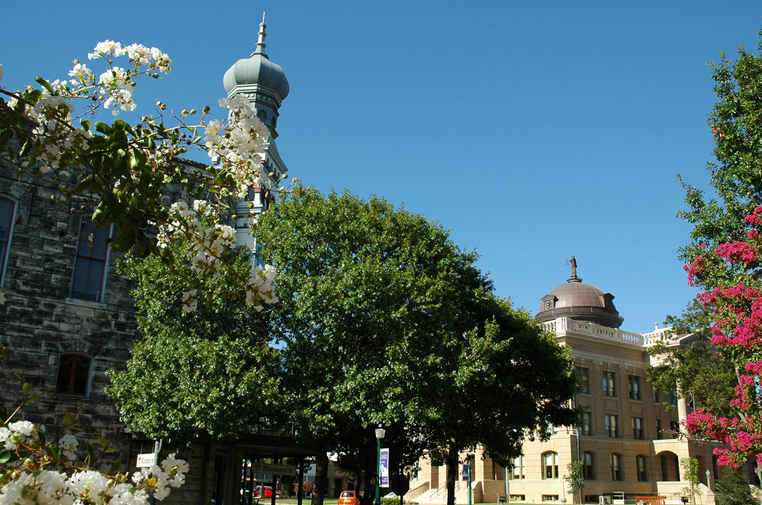 If asked to name America’s ‘greenest’ cities, larger (and more liberal) West Coast cities would likely come to mind. And you’d be right. But scattered among that number is a surprising list of small and rural communities leading the way when it comes to renewable energy. For one reason, solar and wind are more cost-effective. The cost to install solar has decreased more than 70 percent since 2010. Renewable energy also brings jobs. The number of people employed in the solar power industry, for example, has doubled in five short years to nearly 260,000. Check out these five cities that are kicking their electrical grid to the curb.

Courtesy of G. O’Graffer under a CC 2.0 license.

Greensburg’s renewable conversion came in the form of a devastating storm. In 2007, a tornado barreled through the tiny town of Greensburg and leveled nearly every home. When it was time to rebuild, town leaders decided to build with sustainability in mind — of both the environment and the town’s economy Greensburg not only boasts the nation’s largest concentration of LEED-certified buildings, but every home, business and government building is completely powered by wind and solar energy. Greensburg also invested in a walkable infrastructure to further reduce the town’s carbon footprint.

Courtesy of Bruce Wicks under a CC 2.0 license.

It may be hard to believe, but this rural town of less than 2,500 boasts the largest solar farm in the state. Managed by the Farmers Electric Cooperative, the nine-acre project features some 40 rows of solar panels. The FEC started converting parts of its grid to solar back in 2014 as part of a goal to reach a power mix of 25 percent renewable energy by 2025. The co-op’s farmer members took a little convincing until it became clear how much money they could save in energy costs.

Discover More Communities on our Top 100 Best Places to Live

With an average 300 days of sunshine, it makes sense that Delta County makes the list of communities embracing solar power. Leading the charge is Solarize Delta County, a nonprofit outreach program sponsored by Solar Energy International and the county’s economic development organization that works to educate residents and business owners on the value of going solar as well as help facilitate the process. The group connects homeowners to local solar panel installers, helps them find financing and incentives and walks them through the regulatory process. Most recently, the organization facilitated the installation of solar panels at Paonia High School.

Indeed, the oil-rich, red state of Texas might not be the first place you would go looking for a leader in renewable energy, but then you haven’t been to Georgetown. Just ask former Vice President Al Gore. Georgetown, population 65,000, makes a cameo in the sequel to his 2006 documentary about climate change, An Inconvenient Truth. The Austin suburb is now one of the first U.S. cities running completely on renewable energy, thanks to the efforts of the city’s mayor Dale Ross, who has been the project’s biggest cheerleader. And Georgetown isn’t alone. The Lone Star State’s abundance of sunlight and wind make it a national contender in the renewable game. “We’ve got an endless supply of wind and sun,” Ross said in a videotaped interview with blogger Hyla. “I’ll take that bet over fossil fuels, any day of the week.”

These Cities are Hottest Spots for People Moving this Year

You could say environmental stewardship is in the city of Boone’s DNA. “Sustainability is very much ingrained into our culture. You’ve got businesses that are already practicing sustainable methods, and because we’re a liberal arts college town, we have a very strong social justice culture here too,” says David Jackson, President/CEO of the Boone Area Chamber of Commerce.

In fact, in 2016, the Boone Town Council unanimously approved a resolution demanding that the state and the entire country “transition from a fossil fuel-based economy to a 100 percent clean renewable energy for all energy sectors-based economy, by 2050.” In 2015, Climate Voices US, a nonprofit founded by a retired Appalachian State University professor and environmental activist, started the Clean Energy for Boone project, which installed more than 38 rooftop solar panel systems.

“Appalachian State University is one of the major players in the country in sustainability from both the academic side and the activist side,” Jackson says. “The fastest-growing academic programs are in Sustainable Technology, and we’re seeing more of that entrepreneurial spirit drifting into sustainable technologies.”