We've all heard the phrase, "Be the change you wish to see in the world," but what about "Be the neighbor you'd want to live next to"? 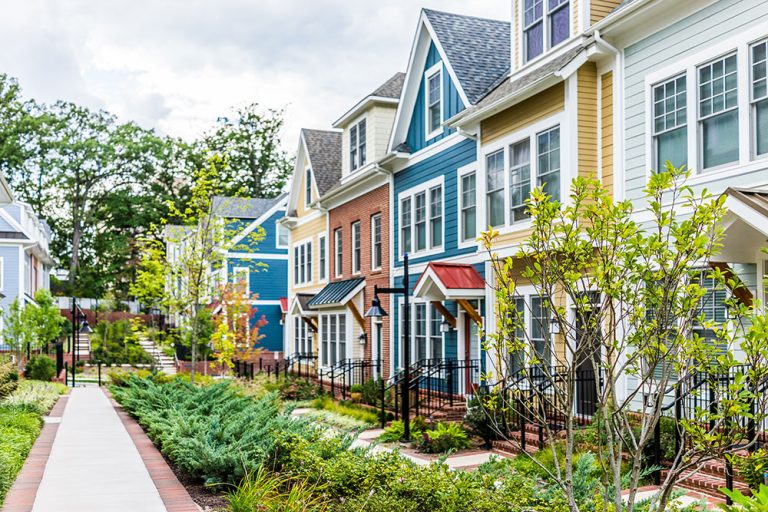 Moving is sort of like childbirth: If you remembered the details, you would never ever do it again. But the outcome is generally so happy that our brains reset and we convince ourselves that it’s a good idea to try for #2.

Or in the case of moving, #7. A couple weeks ago, my family moved for the seventh(!) time since my husband and I graduated from college. The good news: We stayed in Blacksburg, VA, the town I’ve come to deeply love, by building a new house on an infill lot about a mile from our old rental. The bad news: We still had to move. Though it’s been six years, the attendant chaos and dislocation felt terribly familiar.

What the experience has done for me is to remind me that (a) moving sucks and (b) kind neighbors make moving a million times easier. From the other side, here’s a quick guide to being a good neighbor to the new residents on your block:

Back when I was doing the Love Where You Live experiments I wrote about in This Is Where You Belong, I took around paper plates of banana muffins to the nearest neighbors in the most cliched Mrs. Cleaver–style gesture known to man. But gifts of food are a clichÃ© for a reason – because they’re a love language that most of us speak (minus the gluten-intolerant, perhaps).

This time I was on the receiving end of mini loaves of banana walnut bread from our next-door neighbors. Then a few days after that, the 90-year-old woman on the other side of our new house knocked on the door to deliver chicken casserole, buttered peas, and a pan of brownies. My family lived off those gestures of generosity for days, literally and emotionally. Happily, it doesn’t even have to be homemade to pack a neighborly wallop. Some friends down the street brought us a chocolate cake in a box from our favorite bakery. We ate it with just as much delight as we devoured the homemade stuff.

How to Love Where You Live: Give Back

Not gossip. Just simple, straight-up info on the people whose houses your new neighbors can see from their porch. One day while we stopped to see our home under construction, some neighbors came over to chat and gave us a quick run-down of everyone who lived on the block, from names and jobs and number of kids to how long they’ve lived in their house and whether they rent or own. There wasn’t a salacious tidbit in the bunch, but we loved learning about the people who would surround us in this new place – and the brain-dump also gave us the pleasing sense that these people knew each other.

3. Offer to feed their cats.

In neighborly relations, the hallmark positive emotion is trust. It’s the cement that binds neighborhoods together, increases safety and accomplishes shared goals, not to mention that a number of studies have found that when we trust our neighbors, we’re healthier. But according to a 2015 study by the Pew Research Center, only about half of us do; 48 percent of Americans trust only some or none of their neighbors.

How do you build trust in a neighborhood? Be trustworthy. Gestures like offering to watch a new neighbor’s pets or bringing in the mail when they go out of town helps them know that you’re there to help. As you get to know each other, ask them to do the same for you. In our old house, I was stuck at the doctor’s one afternoon when my younger daughter got off the school bus. In a pinch, I asked my neighbors to watch her. They were crazy happy to do it, and the simple act of that one favor brought us closer together in a way that made us both love our neighborhood more.

The day after we moved into our new house, a late-spring snowstorm dumped 10 inches of powder on our town. Before we’d even shed our pajamas the following morning, the landlord who owns the rental house across the street had driven his truck here and was shoveling snow with his wife and son. To my surprise, they didn’t tackle the house they own first. They shoveled out our 90-year-old neighbor, June. And then the 80-year-old neighbor, Betty. They don’t technically live on the street, yet they’d assumed this moral responsibility and trained the six college girls who live in their rental house to do it too, even equipping them with extra shovels for the job.

Small acts of service like this create the grounds for neighborhood trust and cohesion, because we can all see that this is a place that watches out for each other. My husband and I pledged to buy more shovels for next winter. Meanwhile, I just sent my 11-year-old daughter to roll June’s trashcan in from the curb.