How to Love Where You Live: Shop Local

Does spending your money at locally owned businesses really make a difference? The answer is absolutely, unequivocally (and often deliciously) YES. 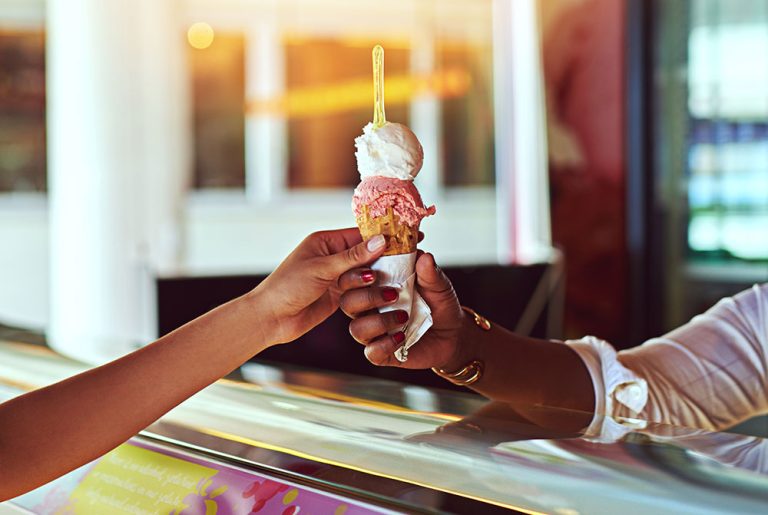 On the Friday that the long-anticipated ice cream shop Sugar Magnolia finally soft-launches in downtown Blacksburg, VA, traffic through the doors doesn’t falter for eight hours. When I wander over around 3 o’clock, every table is taken, so I eat my coconut chip cone while repeatedly showing my husband bon mots from their hilarious card selection (e.g., “Whatever you’re going through right now, carbs are the answer.â€). I tell Tom Raub, who owns Sugar Magnolia with his wife Michelle, that I might just become, at long last, the kind of person who sends cards. “That’s how we encourage people to build community,â€ he replies. “By sending cards to other people in the community.”

All over the country I’ve seen entrepreneurs, retailers and restaurateurs become the ultimate community builders. And why not? Businesses succeed when the communities they’re located in succeed, and communities do well when their locally owned businesses are thriving. It’s the ultimate circular relationship.

Look at Tom and Michelle Raub. As relative newcomers to Blacksburg, they opened a boutique gift shop called T.R. Collection, whose success and ultra-loyal following eventually encouraged them into their second venture, a glam ice cream and paper store in a refurbished downtown bank building. It’s still day one, but Michelle is thrilled to bits at the idea that high schoolers might hang out at Sugar Magnolia on a Friday night, that college students might walk down the hill and study there, or that families will head over for a post-dinner treat. They’ll buy ice cream and chocolate, linger over coffee, and enliven downtown for everyone. Of course the Raubs want to make money, but in downtown Blacksburg, they’re also being the change they want to see.

When I was researching my book This Is Where You Belong, I joined a downtown cash mob, a group of locals committed to spending $20 that evening at a designated downtown businesses. That night, our target business was Greenhouse Boardshop, a local skateboard shop that I’d never set foot inside because I’m a middle-aged lady who would rather not break her arm, thanks. Galvanized by the cash mob, I went inside, and what? Cute t-shirts? Socks? Sunglasses? When I dropped my $20 on a locally screen-printed Blacksburg t-shirt, one of the store’s owners thanked me for coming. “Your support means a lot to us,â€ he said.

Ever since, I’ve called all my downtown spending “supporting the local community.â€ It’s like an emotional tax write-off that perfectly justifies a $5 greeting card and a $20 t-shirt, because that’s what it takes to keep businesses I like downtown, not to mention their owners.

Your local spending obviously matters to the entrepreneurs, but it matters just as much to your town or city. According to the Institute for Local Self-Reliance, when you shop at locally owned stores, about three times the money continues to circulate locally than when you shop at chains, creating a local trickle-down effect in terms of additional tax revenue, employment and spending.

Sugar Magnolia, for instance, sells locally made Homestead Creamery ice cream, chocolates from a friend just over the border in West Virginia, and books and art from local creatives. I’m seeing the effects first-hand now, since one of the pony-tailed teenage girls scooping ice cream at Sugar Magnolia this afternoon was my daughter, on her first day at her first job, a job will last only as long as Sugar Magnolia stays open.

If you love your town, call it a cash mob of one, and spend enough money this week in a local business so your own Tom and Michelle Raubs will see their business succeed. You know, the businesses that make your town a better place to live. The ones that support everyone else’s local dreams.