Residents of Florida and Arizona spring training cities get to live like big city sports fans, but in small towns -- at least during March each year. 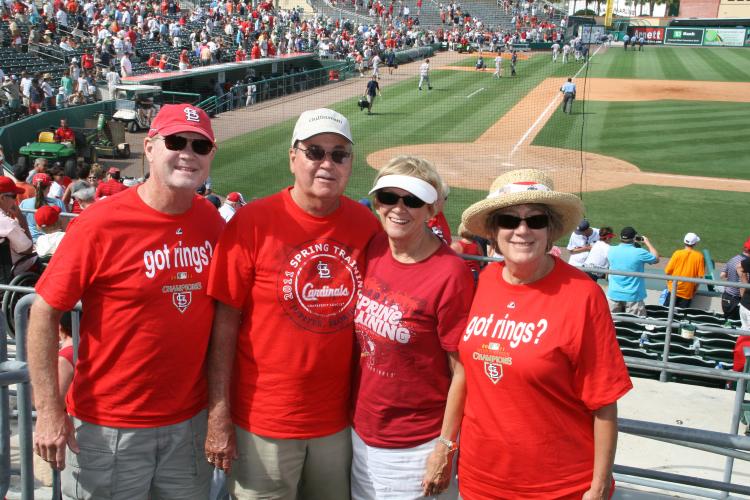 Each April, major league baseball stadiums across the country stir from their winter slumber, awakened by the crack of the bat, the smell of sizzling hot dogs and the exuberant command to “play ball.” But the changing of the seasons also brings a bit of sadness to a number of communities in Florida and Arizona. It marks the end of a month during which they are briefly transformed into major league baseball towns.

The annual rite of spring training baseball provides an economic and emotional boost for what is known as the Grapefruit League cities in Florida and the Cactus League cities in Arizona. Each of baseball’s 30 major league teams spends several weeks living, practicing and playing in one of the warm-weather locales in preparation for the upcoming regular season. From Sarasota to Scottsdale, fans flock to the games – and to the surrounding restaurants and retail stores – creating big-league buzz for at least one month of the year.

“The city is really vibrant during that period,” says Phil Callahan, a resident of Jupiter, Fla., where both the St. Louis Cardinals and the Miami Marlins play their spring training games. “There’s a tremendous influx of folks who come to this area during spring training, and the Jupiter area thrives. The restaurants are busy, the hotels are booked, and other activities in town flourish. You see Cardinal red everywhere. It influences our area in a very positive way.”

Callahan is a Missouri native and former St. Louis resident who moved to Jupiter with his wife, Carolyn, in 2008. They chose to retire in Jupiter after visiting the city several times to attend Cardinals spring training games while on vacation. He and his wife now have season tickets for the games in Jupiter, and he says their home becomes a virtual bed-and-breakfast for friends and family who visit in March.

“Spring training is not only about baseball. It becomes a social event,” Callahan says. “We meet a lot of people, both local residents and folks from out of town. Every game, we inevitably strike up a conversation with somebody sitting around us who we haven’t met before. So it’s not just the love of baseball, it’s also the enjoyment of being with other folks in the stadium.”

Callahan says he and his wife attend 15 to 20 St. Louis Cardinals spring training games each year at Jupiter’s Roger Dean Stadium. They soak up the sun, cheer for the team and get excited about the Cardinals’ prospects for the regular season. Opening day in major league baseball is a special moment for many people, but it creates mixed emotions for Callahan and other residents of spring training cities.

“It’s a little bittersweet because you’re ready for the regular season to start, but you also hate to see all the activity stop,” Callahan says. “It’s a lot of fun for several weeks, and then at the end of March it’s over.”

Until next year, when it’s time for the spring training cities to play ball once again.