When a fire destroyed 12 small businesses, here's how one community rallied to revive them 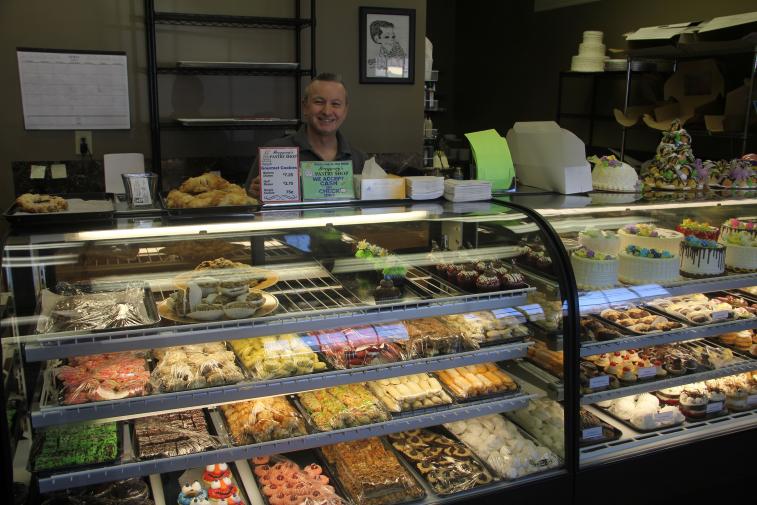 When a fire or natural disaster strikes part of the community, residents often respond with help but aren’t immediately sure of the best ways to do it. The community of Hadley, Mass., set an example with its quick and effective response within days of an October 2013 blaze that destroyed a dozen of its small independent businesses.

The business community joined with nonprofits, schools and individuals to raise donations to help the Route 9 business owners, most of whom did not have insurance, to start again.

It took hours for firefighters from surrounding towns to control the blaze that ultimately destroyed the Norwottuck Shoppes Plaza, causing losses that topped $1 million. The fire, which also destroyed two apartments, is believed to have been started in a coin-operated dryer. Although no injuries were reported, the community felt the loss of a dozen mom-and-pop businesses, some of which were more than 20 years old.

“The community support has been awesome,” says Binh Nguyen, owner of Chinese Kung Fu Wushu Academy, which did not carry insurance at the time of the fire. “I can’t imagine people doing any more than they have. That support is the reason we were able to open our doors again nearby, just two months after the fire.”

The community rallied around the fire victims in many ways. The Hadley Business Fire Relief Fund, managed by the Amherst Area Chamber of Commerce, raised about $52,000 earlier this year, and the money was distributed evenly among the business owners. Donations were also collected through fundraising dinners, concerts, dances and through activities at local schools. Business owners from surrounding towns donated portions of their own sales to the relief effort.

“The outpouring of support made the winter a little bit warmer,” says Tammy-Lynn Chace, events manager of the Amherst Area Chamber. “It was overwhelming to see how the community and business owners came together to help.”

Other businesses that have reopened include Greggory’s Pastry Shop and Hadley Dry Cleaners, which are neighbors, again, of Nguyen’s business. The restaurants, Mi Tierra and Banh Mi Saigon, plan re-openings in September in Hadley and Northampton, respectively.

“The donated money was crucial in helping me pay for ingredients and paper goods when we first reopened in April,” says Gregg Thornton, owner of Greggory’s Pastry Shop. “It felt so good that people and the town were so supportive; I can’t thank everyone enough.

It’s Just What You Do

The Amherst Area Chamber offered free memberships to companies affected by the fire, and local shoppers continue to support the businesses that have reopened.

For months, owners of the destroyed businesses met at the newly opened Hadley Farms Meeting House. The events facility provided its space at no charge, so business owners could gather, share their experiences, help one another move forward, and meet with local lenders, town officials, United Way officials, legislative delegates, business experts and members of charitable institutions, who also attended these meetings to provide their expertise and services.

“Here in western Massachusetts, we love our small, mom-and-pop shops,” says Kishore Parmar, vice president of the family-owned Pioneer Valley Hotel Group, which owns the Hadley Farms Meeting House. “This community gets together when someone needs help. If you live in a small town, it’s just what you do.”