Fairies, mermaids and Sasquatch, oh my! These cities are great places to live — for humans and mythical creatures. 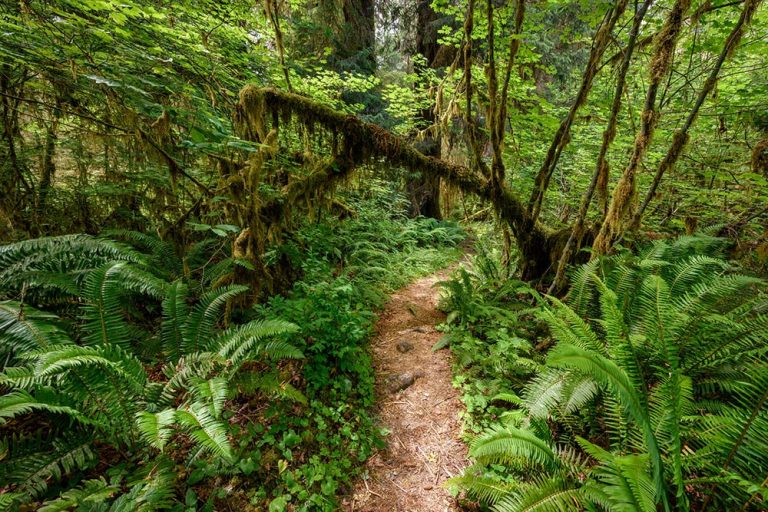 We know that the small and mid-sized cities we feature on Livability are great places to live. But it turns out it’s not just humans who agree with that assessment — many cities throughout the US are home to mythical or magical residents as well.

We did some digging to discover the most enchanted cities and towns across the country. Some of these creatures are exceptionally shy, taunting you with their elusiveness, while others are more prominent and ready to star in your Instagram photos (#RollingWithTheGnomies).

Here are six cities that embrace their local magic and are proud of the fabled characters that (allegedly) live there:

The population of Ann Arbor is 120,782. But that count doesn’t include dozens of fairies who are fluttering about in this college town. Look closely, and you’ll notice businesses and homes around the city are outfitted with teeny-tiny “fairy doors,” which are typically small-scale architectural dupes of the full-sized doors.

Courtesy of Michael.PortrayingLife.com under a CC 2.0 license.

Among the noteworthy fairy portals is a brick-lined white door at Sweetwaters Coffee & Tea on West Washington and one inside the Ann Arbor District Library that leads to storybooks.

“Kids love hunting for fairy doors — but they’re also entrancing for scavenger-hunting folks like geocachers or others interested in finding off-the-beaten-path artifacts,” says Margaret Wyzlic, manager of communications and public relations for the Ann Arbor Area Convention and Visitors Bureau.

You can communicate with fairies via their website, but it comes with a warning that if they do respond, they tend to be “rood” and unfocused, not to mention horrible spellers. Jonathan B. Wright, a “certified fairyologist” who manages the website, graciously entertained our questions about the fairy demographics. “I’m afraid there is no accurate census of the fairy population as they are extremely difficult to see, and come and go so quickly!” he explains.

As to why they’ve snubbed forests and fields for an urban area, Wright speculates it’s because Ann Arbor has an imaginative human population, which is welcoming to the possibility of fairies.

Courtesy of Larry Lamsa under a CC 2.0 license.

Could bigfoot being hanging out in the mountains near Albuquerque? Quite possibly, according to the show “Finding Bigfoot” on Animal Planet, which showed a bigfoot-like image caught on an infrared camera lumbering through the woods.

Kimberly DeVall, the chief of interpretation and education from Valles Caldera National Preserve, is skeptical, and thinks visitors might be mistaking mountain lions or bears for bigfoot. “If you’re feeding into the bigfoot story, though, there’s a lot of elk, deer and coyotes here,” she says. “There’s also a stream with lots of fish. As far as habitat goes, bigfoot would have everything it wants.”

Visitors who leave without a bigfoot spotting won’t be disappointed, though. Valles Caldera is a dormant volcano. It was formed 1.25 million years ago when a volcanic eruption created the 13-mile circular depression, which now contains gorgeous mountain meadows and streams. DeVall also points out that satellite images from NASA make it look as though there’s a big paw print in the middle of the bowl. Very interesting…

Courtesy of Greg Gjerdingen under a CC 2.0 license.

Normally, gnomes are relegated to gardens. Not in this small town in Minnesota, though, where the tiny, benevolent creatures roam freely in a park. Gnome Park is home to dozens of short statues, and, each year, at a festival, a committee honors a local citizen who has made a difference in the community. The honoree’s likeness is carved by a local artist, and turned into a 3-foot tall gnome that’s displayed in the park. Visitors can find the park off of Highway 212, next to the city’s aquatic center.

Town legend has it that gnomes settled in Dawson because the place has kind humans who love laughter, plus shady trees to live in, and a gentle river running through town. Talk about gnometown pride!

Mermaids make for a perfect mascot in this artistic city that’s surrounded by water. “Norfolk is home to the world’s largest naval station and rumor has it mermaids would serenade sailors and ship’s captains back to the safety of the shore after being at war,” says Erin Goldmeier, Media Relations Manager of Visit Norfolk. “Thus the city adopted the mermaids as an unofficial mascot.”

Mermaids continued their rise to fame in this city when, in 1999, Norfolk attorney Peter Decker introduced the ideas of “Mermaids on Parade,” akin to Chicago’s “Cows on Parade.” A local bronze sculptor mass produced 130 mermaid castings for artists to decorate, and then business and community leaders “adopted” the mermaids for $2,000 a piece.

Visitors can find mermaids with the help of a map. Of course, to really get this whole mermaid circuit right, stop into the Mermaid Factory to paint your own mermaid, or enjoy a glass of wine at the Mermaid Winery.

Ready for a tall tale? Legend has it that larger-than-life Paul Bunyan and his boots, along with his sidekick Babe the Blue Ox, created Minnesota’s 10,000 lakes. Their footsteps created impressions in the land, which then filled with rainwater and formed lakes throughout the state. Skeptical? Take a look at Lake Bemidji, and notice how it’s shaped like the top of Paul’s boot. Lake Irving is shaped like the heel.

You can find tributes to Paul Bunyan and Babe throughout the state, including an animatronic Paul at Paul Bunyan Land in Brainerd, and a historical museum in Akeley. But, Bemidji is home to a spectacular roadside attraction where an 18-feet tall Paul Bunyan towers over tourists, along with Babe the Big Blue Ox, outside of Bemidji’s Visitor Center.

In search of a Sasquatch sighting? Point your GPS toward Port Angeles and Olympic National Park. Here, the Olympic Project — an association of researchers, investigators and biologists —are working to document the existence of Sasquatch through in-depth habitat studies and camera. Their hope? Being prepared for the possibility of Sasquatch being verified as a species.

Courtesy of Diana Robinson under a CC 2.0 license.

Stephen Fofanoff, innkeeper at Domaine Madeleine, points out that Olympic National Park is the perfect home for Sasquatch. “It’s one of the largest protected wildernesses in the world, and one of the least accessible National Parks,” he says. “More than 85 percent of its nearly 1,500 square miles is not accessible by car, making it an ideal habitat for a large, intelligent resident who doesn’t like to interact with people.” To improve your odds of a Sasquatch sighting, Fofanoff suggests exploring the deeper areas of Olympic National Park, around Hurricane Ridge, Deer Park and Lake Crescent.

Once you see how gorgeous this area is, you’ll understand why Sasquatch chose this place as home.