These shuttered malls were reborn in the most unexpected ways — and transformed their communities in the process. 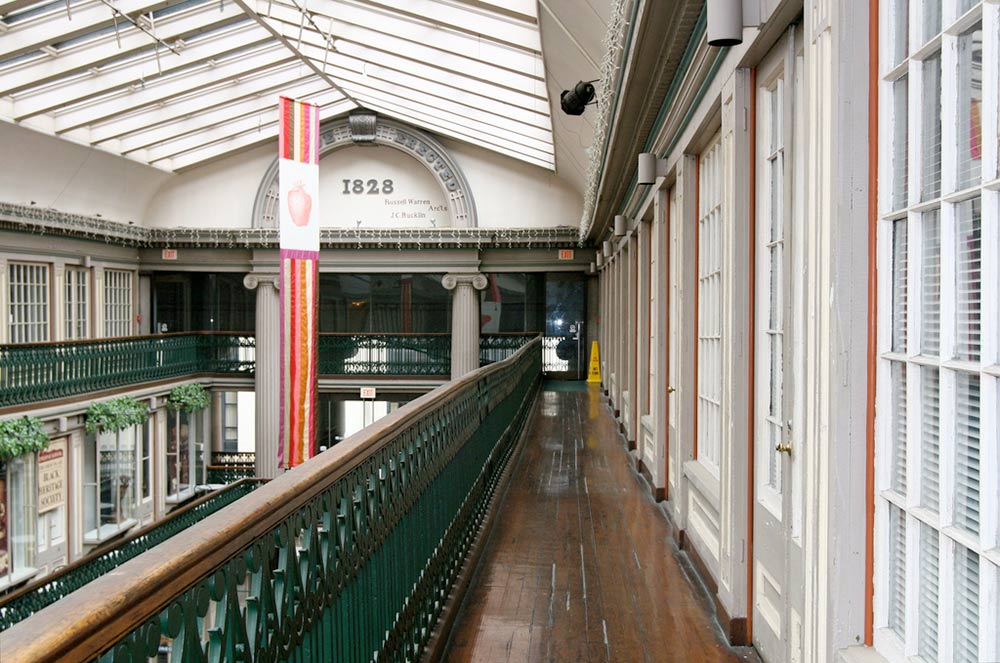 Courtesy of Liz West under a CC 2.0 license.

With Amazon and online shopping getting easier and more convenient every day, the allure of conventional shopping malls is dwindling. Malls are becoming a thing of the past, and soon it may be hard to find one in the wild. In fact, some experts believe that one out of every four malls in America will close by 2022. In 2017 alone, more than 8,600 retail stores in the U.S. were estimated to close up shop – including big retailers like Macy’s, Sears and JCPenney that malls rely on to draw in customers.

Even as retail tastes and habits evolve, the closure of a mall is rarely something to celebrate for the surrounding community; it means the loss of hundreds (sometimes thousands) of local jobs and the unsightly deterioration of a sprawling, abandoned building in the middle of town.

Some cities are getting creative with how they repurpose these giant structures, bringing new life into their surrounding areas. Some malls have been transformed into churches, some have become tech company headquarters, and one has even been given new life as an award-winning library.

In what were once hulking hubs of retail, city planners and developers are finding creative ways to create more culture and usable spaces for the community to enjoy. As brick-and-mortar retail faces an uncertain future, here are seven examples of repurposed malls around the country that provide a hopeful, inspiring alternative to empty buildings and permanent “for lease” signs. 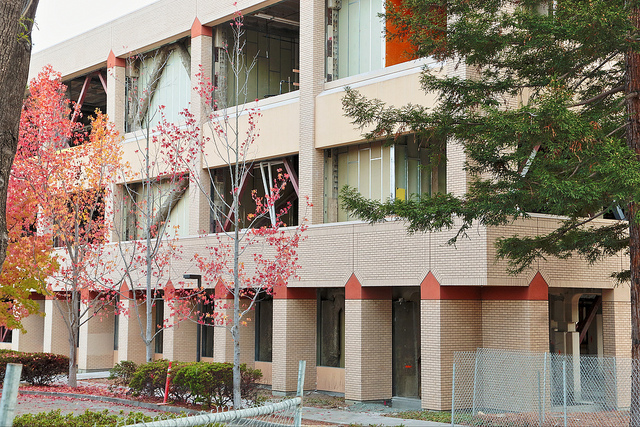 Courtesy of Jeff under a CC 2.0 license.

Once a thriving shopping mall in Northern California, Mayfield Mall met its demise in 1984 when newer, shiner malls began popping up. Shortly after its closure, Hewlett-Packard moved in and set up shop, transforming the space into offices. But the mall’s transformation didn’t stop there. HP eventually moved to smaller digs, and in 2013, Google began renting the space as its Google Glass headquarters. In 2016, Google purchased the former mall for $225 million and is now calling it “Building RLS1.”

2. The Arcade in Providence, Rhode Island

Courtesy of Boston Public Library under a CC 2.0 license.

The Westminster Arcade in downtown Providence is considered the nation’s oldest indoor shopping mall. Its history and stunning Greek Revival architecture landed it on the list of National Historic Landmarks. Despite its striking appearance, the mall began its decline in the late 20th century and fell into disrepair. Over the years it has opened and closed for renovations, but in 2013 it was transformed into a mix of living space (micro-lofts, to be exact) and local businesses, utilizing its two-story layout to combine affordable urban dwellings, boutiques, and coffee shops. The Arcade has become a community gathering place, frequently hosting events like craft fairs, food festivals and film screenings. 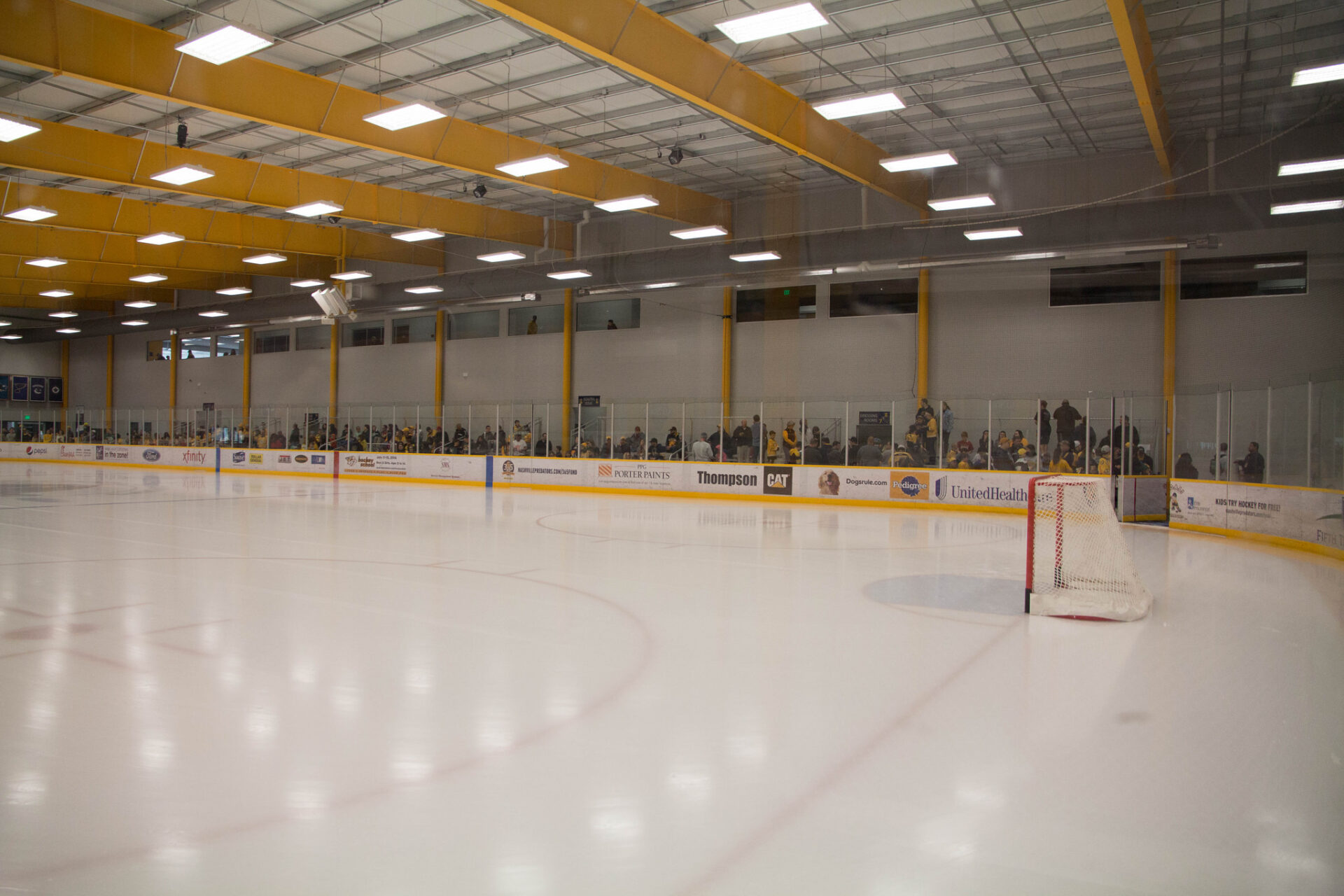 Courtesy of Hannah Morris under a CC 2.0 license.

After losing both of its anchor stores, Hickory Hollow Mall in Antioch, Tennessee died out quickly. Two years went by, and a new mall re-appeared in its place: The Global Mall at the Crossings. Developers were creative this time around and opened up a brand new practice ice skating rink for the Nashville Predators, a satellite campus for Nashville State Community College, and even a library in the building’s remaining space. The creative mixed use of space worked like a charm. 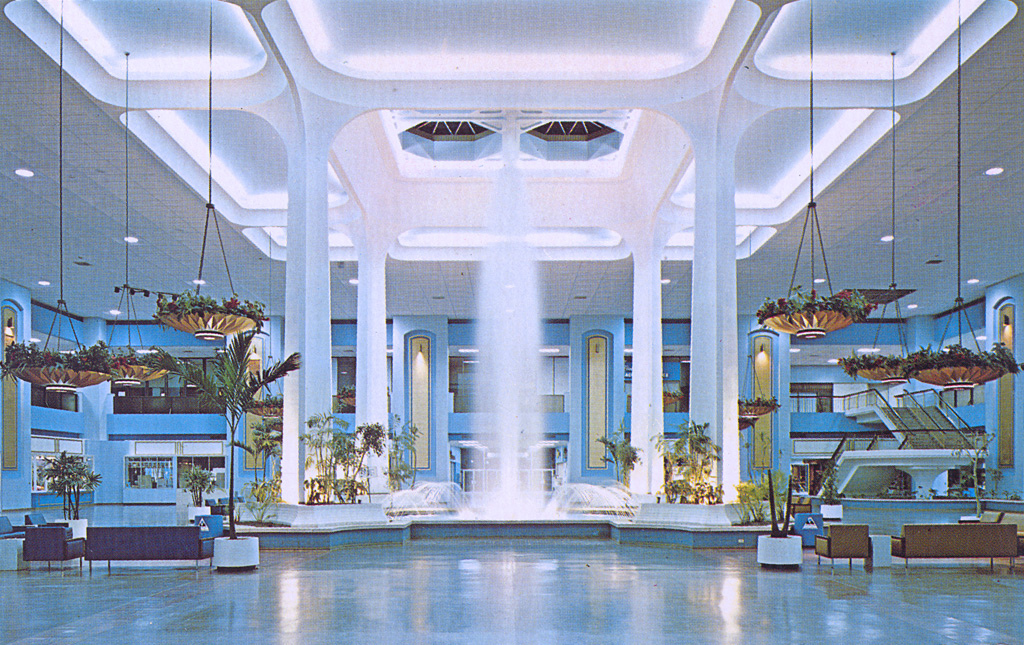 Courtesy of Mid-Century Pretty under a CC 2.0 license.

In its heyday, Cinderella City Mall was a sight to behold. The 1.5 million-square-foot mall became a destination and was known for being the largest mall west of the Mississippi. But by 1997, the mall had gone from carriage to pumpkin and died out when the last major retailer closed up shop.

Now, the space boasts CityCenter Englewood: a mixed-use development that is revitalizing the area. The 55-acre development includes a light rail station, city government offices, residential units, retail, a library and even an art museum.

A post shared by City of Englewood, Colorado (@cityofenglewoodcolorado) on Nov 13, 2017 at 2:41pm PST 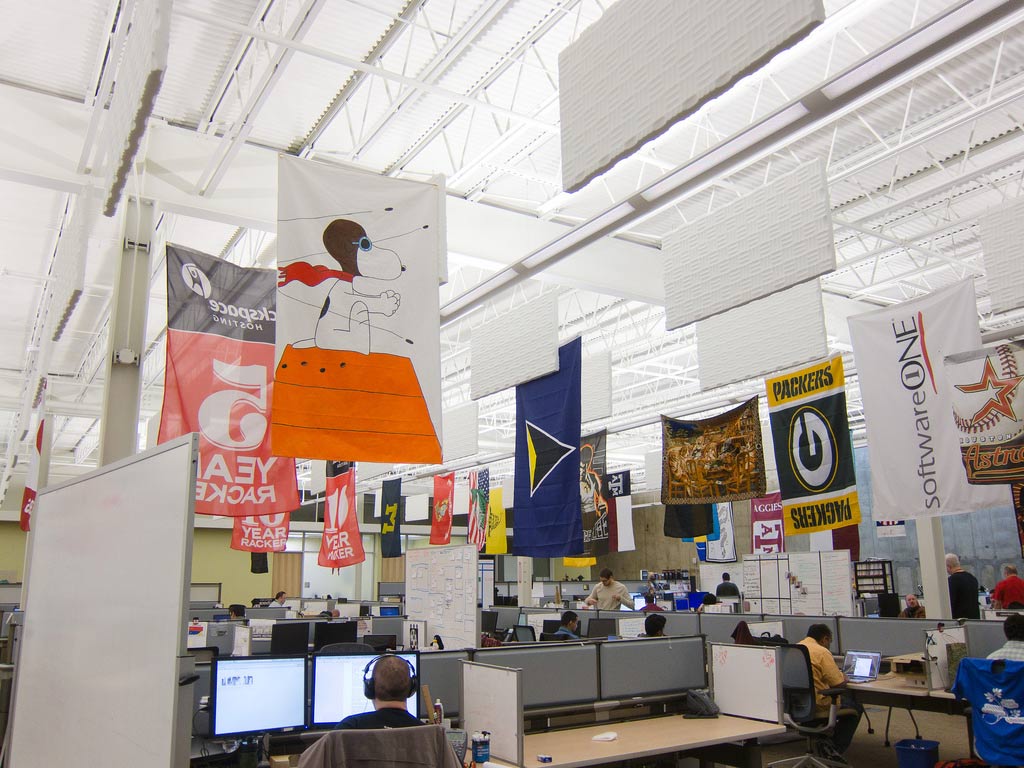 Courtesy of Scott Beale under a CC 2.0 license.

Not only did this mall’s transformation convert the mall itself, but it sparked a positive change in the surrounding community as well. Windsor Park Mall opened its doors in 1976, but the neighborhood soon became overrun with crime. The mall closed in 2005 and sat vacant for two years before a startup tech company, Rackspace, decided to move in. Now dubbed “The Castle,” the company’s headquarters and higher-income employees have drawn in retail and residential projects to the area. 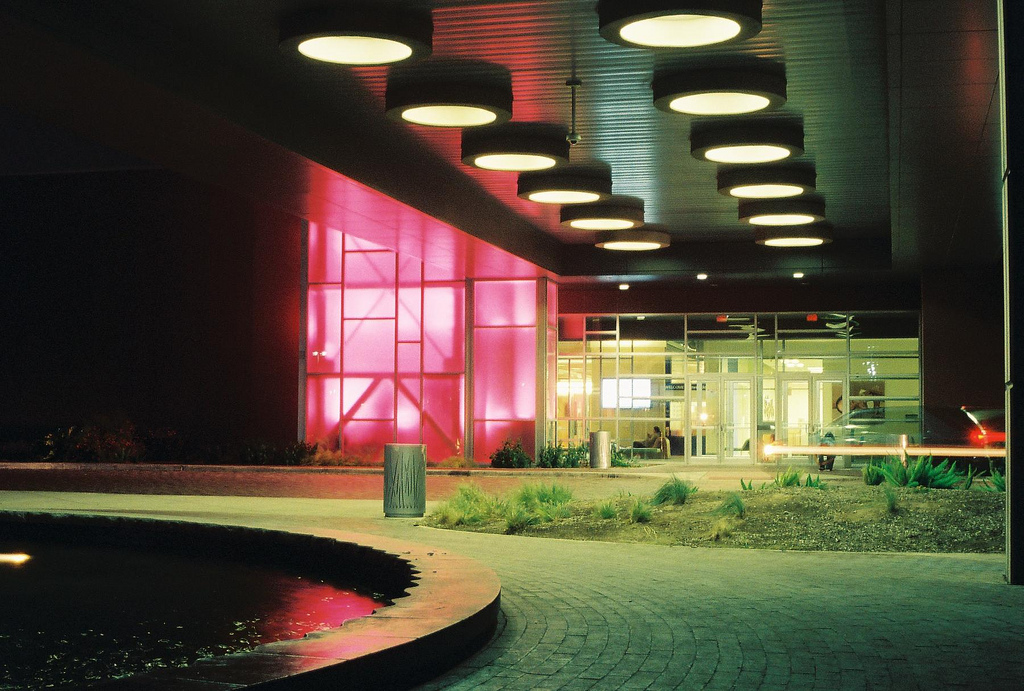 Courtesy of Shaine Mata under a CC 2.0 license.

While not technically a mall, we’ve included this one because the transformation is just too cool. An abandoned Walmart in McAllen got a second chance at life when the city decided to purchase it for a cool $24 million and build a new public library in its space. The single-story library is 123,000-square-feet and is hailed as the nation’s largest of its kind — because everything is bigger in Texas, right? The spacious library is quite a head-turner, and won The International Interior Design Association’s 2012 Library Interior Design Award. 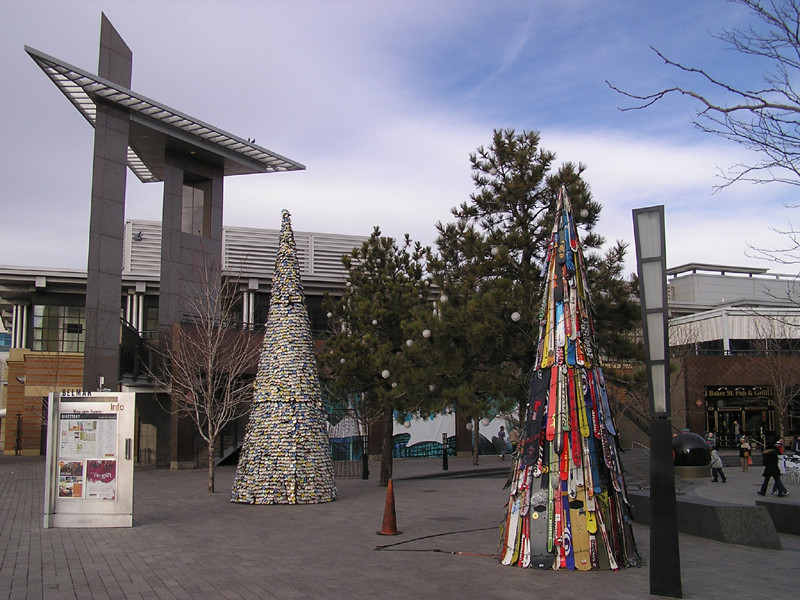 Courtesy of Todd Carpenter under a CC 2.0 license.

Villa Italia Mall, an enormous 1.4 million-square-foot regional center and mall, met its demise in 2001 due to a slowed economy and poor maintenance. Continuum Partners snagged the land in 2002 and began demolition shortly after with a goal to create 22 walkable “city” blocks. Now called Belmar, its 900,000-square-feet of retail space is 95 percent occupied. It is comprised of an open-air mall, offices, residential units, a theater, green space and a public arts program. Belmar is not just a cultural win, it’s an economic one too, generating a whopping $17 million a year in tax revenue for Lakewood.