Retirement Communities That Make Millennials Wish They Were 65

As more and more Baby Boomers enter their golden years, the trend of cooler retirement communities is growing; and these are some of the best out there. 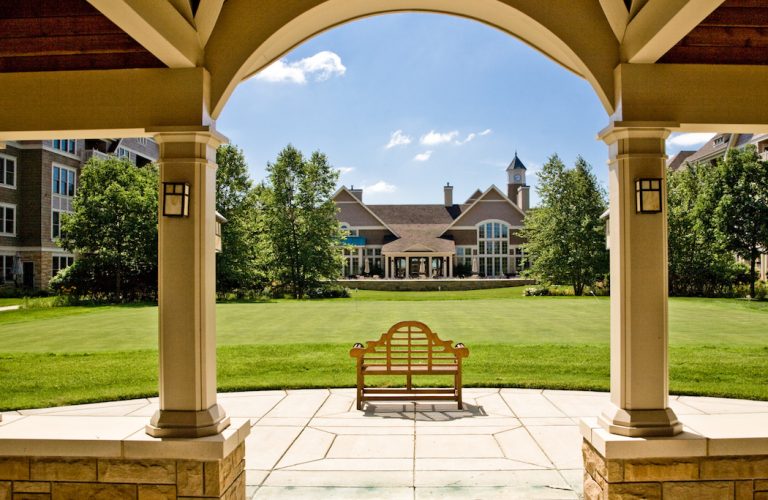 Courtesy of Robert R Gigliotti under a CC 4.0 license.

Growing older means enjoying the sweeter things in life and having the time to do things you never did while raising a family, growing a career and tackling a busy schedule.

Older adults still yearn for community, a way to connect to new friends and opportunities to give back. Fortunately, there are communities for the oldest generations of Americans, with community gardens, various amenities and programs that connect retirees to new-found friends. Many of these places can be found in and near small to mid-sized cities.

Sun City Hilton Head continues to be ranked near the top of the active retiree community lists. This community has over 8,000 homes ranging in cost from $100,000 to $500,000. The pulse of the community is a 45-acre town center with areas to eat, swim, play games and interact socially. Sun City Hilton Head also has multiple 18-hole golf courses, computer labs and a performing arts center.

One of the most desirable retirement villages, this California community features horses, riding trails, 36 holes of golf, a bus system and 200 active organizations. The residential area is gated, with a private security force. Prices go from $100,000 to $1 million, depending on the size and location of the residence.

Should You Retire to a Big City?

The community was originally created in the early 1960s, and while most homes have updated, the initial construction is 50 years old. There are 18,000 people, homeowners associations and a city government.

Retirees may not be the first group of older Americans you associate with the nation’s capital, but maybe it should be. The district is home to 15 active retirement communities and the greater Washington area holds more than 50. Residents in these communities are buoyed by the Age-Friendly DC Initiative, a World Health Organization plan that organizes city leaders around improving the quality of life for retirees. The initiative is focused on improving and supporting green spaces, transportation, affordable housing, opportunities for social participation, communication and health services.

There are also many niche retirement villages set up for different communities. Built just for gay and lesbian retirees, Carefree Cove is a gated, safe community in the middle of 165 acres of woodlands in Boone. The residential area features 87 single-family homes averaging 1 acre in size. The climate features comfortable summers, crisp autumns, enough snow to ski in winter and a refreshing spring.

The 10 Best Cities for Veterans

With just 3,000 people, Nevada City is a small California town where retirees are embracing the newish trend of cohousing. Brought over to the United States from Denmark, cohousing is when a group of retirees build and move into the same nearby houses with the understanding they will all look out for each other physically, mentally and socially.

Like many other cohousing communities, the one in Nevada was intentionally built, with participants covering about 20 percent of costs for land and architects. Once a design is complete, each participant receives a construction loan to build his or her own residence.

Once homes are built, residents participate in the community and many share meals several times a week.