Skip to content
Home > Love Where You Live > Stolen Bike? This Invention Could Put an End to Bicycle Thefts

Stolen Bike? This Invention Could Put an End to Bicycle Thefts 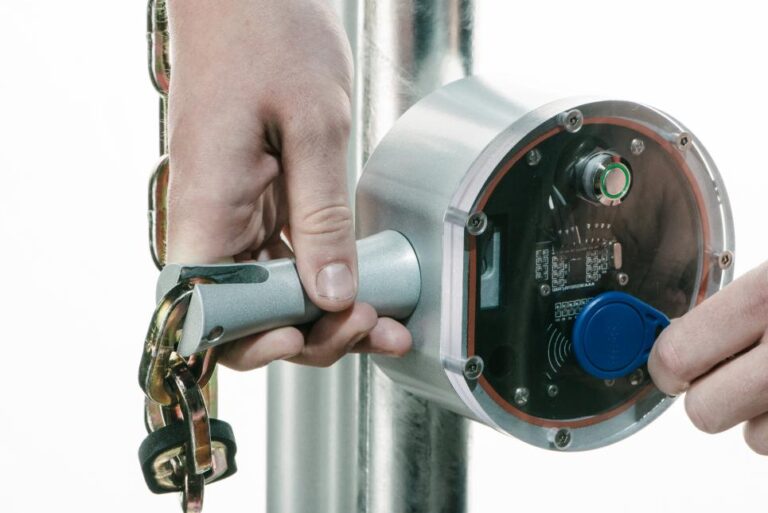 Your expensive bicycle … stolen. Gone forever. It disappeared as if by the wand of a magician.

You want retribution from the bike thief, but what you really want is your bicycle back. However, it’s probably not going to happen. Very few victims ever report the crime, and even fewer bikes are ever recovered by the police.

Even bike owners who secure their bikes with a U-lock or cable lock are targets for bolt-cutter-equipped criminals, since most locks aren’t built strong enough, plus many are improperly wrapped around a bike rack by their owner. So what’s a bicyclist to do?

Pedaling up with a good idea is a four-man team of recent mechanical engineering graduates from the University of Pennsylvania who invented an anti-theft product called PubLock. The four entrepreneurs – Joe Hill, Alex Neier, Joe Polin and Justin Starr – are now looking for corporate backing to launch their endeavor.

“We once read an article in the UPenn newspaper that 23 bikes were stolen on campus during one particular month in 2013, and 10 of those 23 bikes were actually locked,” Hill says. “For a mechanical engineering project, we began designing a product to eliminate the need for people to carry a bulky lock or chain whenever they go riding, plus provide total security when they roll their bicycle into a bike rack. The result is PubLock.”

PubLock is a 20-pound locking device that can be retrofitted onto existing bicycle racks. The heavy lock is strong enough to keep a bike in place and cannot be disabled by bolt cutters. The PubLock remains permanently fixed to the bicycle rack and can be accessed at any time by riders who are issued RFID (radio frequency identification) key cards.

“The cyclist uses an RFID card to activate and deactivate an individual lock when parking their bike,” Neier says. “RFID cards are used a lot these days to ‘beep’ into buildings or hotels, instead of swiping the cards. Many schools across the country have gone to RFIDs for their students and faculty. About 1.5 million bikes are stolen in the U.S. each year, and we’ve made this whole process as easy and secure as possible for users.”

Now comes the tough part for the four entrepreneurs: They have received good media exposure and are currently searching for monetary backers because Hill, Neier, Polin, and Starr are fresh out of college and don’t have capital of their own.

“We’d like to dry-run our product at a university or two where students ride a lot, especially since bike theft is one of the most common crimes at colleges these days,” Hill says. “Then we hope to branch into communities that are bicycle friendly. We’re talking with a few companies about our idea, looking for someone to back us and help us take the next step.”