Skip to content
Home > Love Where You Live > Take Them to Court: Livability Court

Take Them to Court: Livability Court 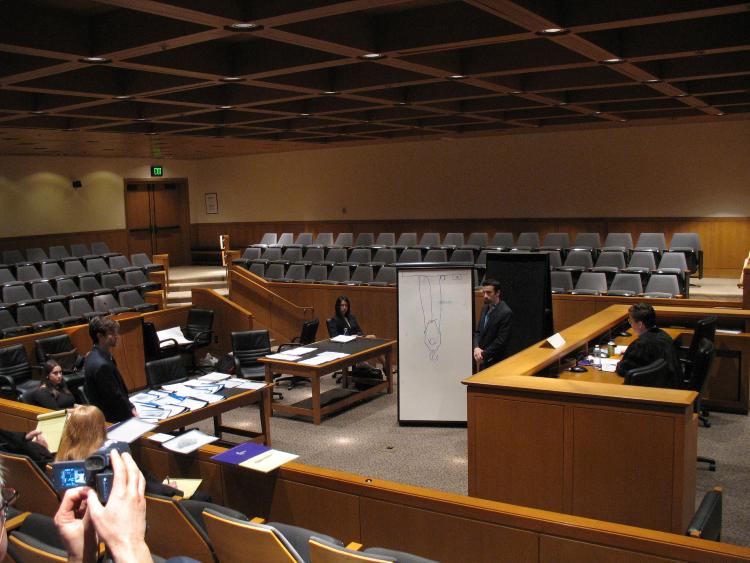 Civility: it’s turning into a lost art. But in Florence, S.C., it’s making a comeback in a surprising place – a courtroom. Since January 2014, Judge Debra Jackson has been presiding over a different kind of court. They call it Livability Court, and it lets the court system handle small problems with just the right amount of force (or lack thereof.) More punishments fit the crime, and more problems are solved the best way – civilly. It allows neighbors to come to neighborly solutions to their problems – with some help from the judge.

Improving Quality of Life One Case at a Time

Modeled after a groundbreaking program in Charleston, S.C., Florence’s new court deals solely with problems related to livability. Instead of more serious crimes, it will hear only cases related to codes and standards issues. Noise complains, waste issues, animal control problems and zoning hearings will all be on its docket. Instead of clogging up the traditional court system with neighborly squabbles about property or noncompliance with noise ordinances, twice a month the court will take these special cases.

At Livability Court, cases are resolved more often by compromise than hard-nosed rule enforcement or punitive punishments. Plaintiffs involved get to have their day in court without being rushed in and out by the crush of huge caseloads. Instead of slapping a fine on a business that has improper signage, the court can take the time to work with the business to correct the problem. Instead of punishing a homeowner for having unsightly lawn, it can take the time to remedy the problem. Without the time afforded to the court by its narrow focus, this would be impossible.

Another benefit to setting these cases apart is that the court can avoid the scenario where it has to switch gears between a serious crime like murder to a less-serious one involving a barking dog. Getting rid of the back and forth between those criminal cases and codes cases gives officials the ability to use the right tools for the right job. When a case calls for mediation between parties, there’s time to do so because there aren’t hundreds of other more serious crimes for the court to get to. If a case calls for compromise, the judge has the time and attention needed to make the right call more often. Because of this, Florence residents’ cases get the attention they deserve without sacrificing efficiency in the prosecution of more serious crimes.

South Carolina is the first state in the nation with these courts. The experiment in Charleston was so successful in 2002 that cities across the state have emulated them. Since that first court opened, North Charleston, Lancaster, Greer, Newberry have each added their own Livability Court. Each one has heard hundreds of cases and has allowed civility to rule the day – making their local justice system (and their towns) better places to get problems solved.