The Big Reason Historic Preservation Districts Are a Good Idea

And why a proposed Michigan Law should be shot down immediately. 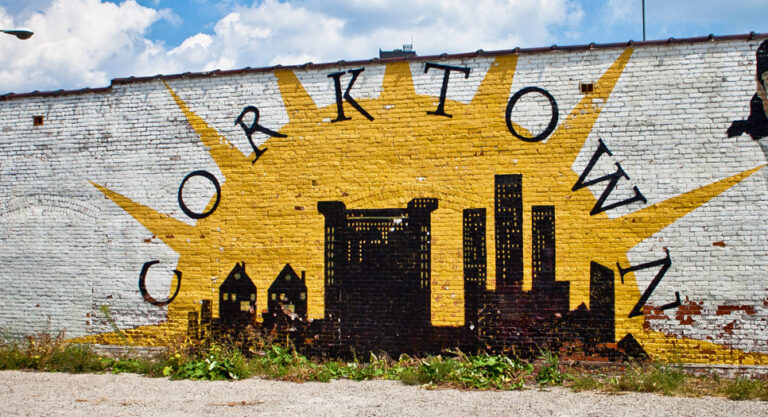 Recently Michigan lawmakers introduced legislation that would effectively gut historical preservation districts in the state. The original language included a provision that would even make existing districts have to reapply for status in 10 years (and every decade following) while also making it incredibly difficult for new districts to be formed. There are fewer than 80 districts currently in a state that covers nearly 100,000 square miles. It’s not an easy process as it stands. This new policy would make it infinitely harder. A substitute bill would nix the so-called “sunset” for existing districts, but “other language was introduced that is in many ways more problematic than the first bill,” according to an advocacy group, the Michigan Historic Preservation Network.

Similar legislation has been passed in Wisconsin and is under consideration in Utah, which frankly makes it smell like the work of a conservative legislation farm like ALEC. The argument in favor is a simple one based on the increasingly politicized and polarized notion of “property rights.” It goes like this: I bought this property, I can do what ever I want with it. So there.

The 10 Best Cities for Historic Preservation

Which is, frankly, bollocks. That’s my professional opinion. The legal opinion would also be, bollocks, unless this gets passed. Why be a criminal when you can re-write the law so that you’re not breaking it?

The reasons it’s bollocks are many.

There’s the deeply philosophical: “You’re not really an owner, you’re a steward – this property was here before you and will be here long after you’re gone so your job is to take care of it for the next guy.”

There’s the historical preservation angle itself: “We need to protect strongly the heritage that made us strong to begin with.”

There’s the ‘good neighbor’ rationale: “Why antagonize the people around you just so you can selfishly do what you want.

There’s the historic/realistic argument: “Since the dawn of zoning there have been restrictions on what you can/can’t do with your property. You can’t tear down your condo and build a zoo. Partially because that would impact other’s property rights, like the right not to live next to a zoo if you didn’t choose that to begin with.”

Why Do People Move? Here Are the Top 5 Reasons

Which leads us to the caveat emptor (buyer beware) angle: You knew what you were getting into when you bought this place. Maybe your property values were discounted because its harder to make changes. Maybe you paid a premium because this district has preserved the charm that people want to be surrounded by. Regardless, it’s all baked in and you don’t get to change the rules after the fact. It’s like people who move near a stadium or a highway and then whine about the noise. It was here first. Get over it. You don’t get to buy coach class tickets and then get first class service. That’s even more un-American than having “the government” tell you what you can and can’t do with your property.

But really who cares about those reasons. They all just come down to common decency and we all know that’s a loser argument.

No, this is about MONEY.

Cities and towns of all sizes are battling for the young, educated workforce that help them attract and retain the businesses that allow them to grow and prosper. Those twenty- and thirtysomethings don’t want to live someplace cookie-cutter. They want to live someplace unique, vibrant and thriving. Historical preservation districts are an important tool for cities to maintain their character, which in marketing or economic development we’d call their competitive advantage.

The Best Places to Live in Michigan

The personality of each town is a selling point and should foster a sense of identity and pride for business, residents and the all important tourism economy. It’s great for Michigan that other states are passing laws like these. Michigan should lobby every other state to pass similar legislation. Because if Michigan rejects it, they can watch Utah and Wisconsin’s competitive advantages fall away while the Great Lakes State maintains it Pure Michigan charm. Similarly, other Midwest states should be begging Michigan’s House and Senate to snuff out Grand Rapid’s Gas Light district, put a cork in Corktown, and mow down the uniqueness from Adrian to Ypsilanti.

The late Justice Scalia – ever the hippy liberal that he was – said, “There is nothing new in the realization that the Constitution sometimes insulates the criminality of a few in order to protect the privacy of us all.”

In other words, laws can protect the rights of us all (the town and its economic health) over the rights of a few (even criminals). This doesn’t stop people from exercising rights to property ownership. It merely says there are certain places where those rights get trumped. You don’t like it, you’re free to exercise that right elsewhere. That’s the right solution, not letting the few owners in question re-write the law so they can do whatever they want (and not be criminals) over the rights of the many and of the city itself.