The ups and downs of small town dating

The Internet has helped connect small town singles, but that doesn't mean it's all easy now 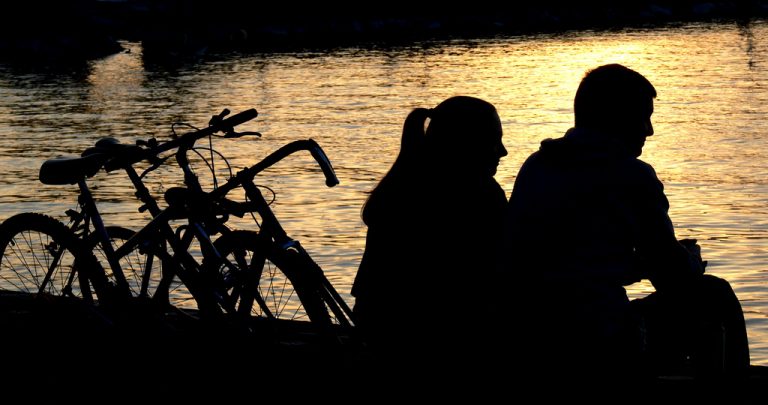 When Ellen Stender sat down at her child’s 2nd grade parent-teacher conference she expected to talk about all the usual topics: math, reading skills, how her daughter was getting along with the other kids. She wasn’t expecting the teacher to say, “So I hear you’re dating Dean now!”

It’s just one of the many perils of dating life in small towns. Even if you try to keep things quiet, somehow everyone knows your business – fast. They’ve only been dating since the end of summer. “People talk. There’s already rumors going around that we’re getting married,” she said.

The news that she is dating Dean might be making the rounds, but it’s still a bit of a surprise to Ellen. Her father runs a prominent business in town. She didn’t want people to date her based on the reputation of her family so she had previously sworn off dating guys from her own town. You can do that in a small town, but that means looking in a dating pool the next town over which might be a 20- 30-minute drive in someplace like White River valley in Vermont, where she lives.

Meeting people in the next town over is at least less of a challenge than it used to be. With online dating sites you can specify where you’re looking. That particular brand of search has become the bread and butter of the rurally-focused dating site, FarmersOnly.com. “Your perfect person might be 20 minutes away but you never cross paths. That’s where we’ve had a lot of success,” said site founder Jerry Miller. The site, which features the tagline “city folks just don’t get it,” now features more than 4 million profiles. His fast-growing site matches farmers and those interested in a farming life. They face lifestyle issues that others might not be used to. “I was at a state fair in the 4-H section and I was talking to a married couple who hadn’t taken a day off of work for 25 years – 7-days a week,” said Mr. Miller. A niche site like his helps ensure that whomever is viewing a profile understands what they’re getting into.

Farmers have even more obstacles in dating than even those in small towns. Coupling up with another farmer often means that one partner has to leave their family farm to combine with the other. When both farms have been in the family for generations, a not uncommon scenario according to Mr. Miller, those are wrenching decisions only outweighed by the joy of starting anew. He hears about weddings where the couples have met on his site. As word spreads about their match-making success wedding guests wind up signing up themselves. “It’s a crazy business,” he said. “When you have a success, you lose two customers.”

Of course meeting online has its drawbacks, too. “Internet dating can be full of lies and deceit or it can be helpful.” said Kelly Burton, a single woman in her late 30s in Vermont. One problem is the small pool. “You see the same people on each dating site.”

People using dating sites in larger cities might scroll through page after page of listings and never have the problem Ms. Burton often encountered. “A lot of the matches that come up in the town you live in you’ve either gone to school with or worked with.” That in itself is just something you have to accept. The awkward part, she said, is when you contact them and they don’t contact you back.

If they do write back you and agree to go out, you reach the next set of hurdles: lack of potential venues. If your town only has one bar and a couple of restaurants there aren’t many options of where to go. That, too, can lead to uncomfortable close encounters on the first date. “I went [on a first date] to a fall festival and ran into half the board of an organization I work with. It was fun, but weird,” Ms. Burton said.

Then there’s the problem of the post-breakup situations. It’s not like you can avoid people in a small town. An ex was playing in a sports league Ms. Stender joined and she kept running into him each week. It wasn’t an interaction she relished. “I almost quit the softball team,” she said.

In the end, after giving up on online dating and swearing off guys in her town, she started her own regional “Singles” group through MeetUp.com (now with 450 members). Despite the group’s overall success she’s found it to be a great social outlet, but not necessarily a fertile dating field. Partially, her role as organizer and hostess often keeps her from fully taking advantage of the dating potential of the events she plans.

And so she wound up meeting her current boyfriend the old fashioned way. “All this time I’ve been looking elsewhere and all I had to do is go to a family barbecue.” He was the ex-brother-in-law of a friend of hers and someone she’d known in passing in high school. Because even while dating in small towns, sometimes it’s the small world connections that stick.