Chicago couple's travels take them to every county in the U.S. 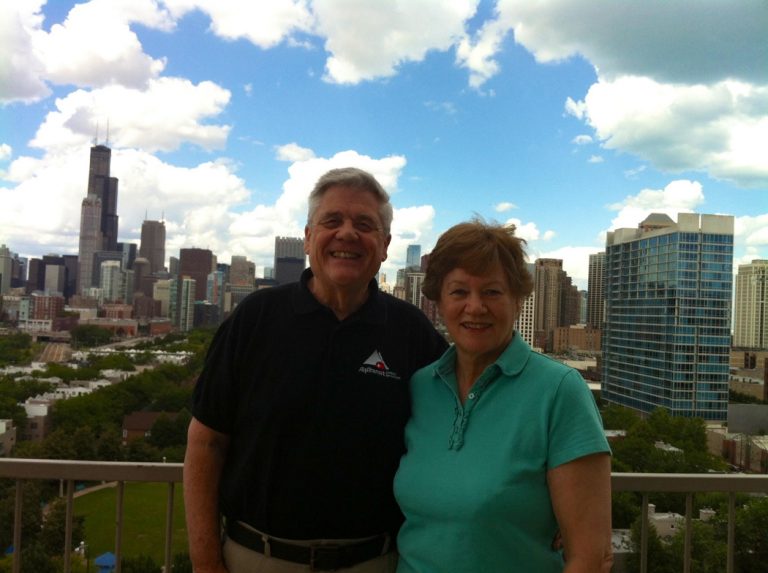 Courtesy of John and Judy Fitzgerald

If you’ve ever wondered what it’s like to travel to every single county in the U.S., John and Judy Fitzgerald can tell you all about it. The Chicago couple has, for about 50 years, been journeying throughout the country and recently finished their goal of visiting all 3,143 U.S. counties.

“We wanted to get off the freeways and see America in a different way,” says John Fitzgerald, age 72, a retired attorney. “Our goal of visiting all the counties was a wonderful motivation to get out and see the country.”

The task demanded a lot of vacation days and money, but the Fitzgeralds say it was always worthwhile and they planned out their travels each year, creating budgets and reading about the history, culture and geography of the places they would visit. There were many challenges: To reach remote spots in Hawaii and Alaska, the couple had to charter planes flown by eccentric pilots.

“Our desire to see them all was greater than our desire to save the money,” says Judy, age 69, who worked for several nonprofits and the Illinois State Medical Society before retiring. “We began this effort to show our two daughters the uniqueness and diverse beauty of this country – from the grasslands to the mountains to the oceans to the farmlands to the forests.”

The Fitzgeralds, who live in Chicago’s Rogers Park neighborhood, have very little company in their accomplishment. The Extra Miler Club was formed in 1973 for other like-minded travelers, and to date, Judy is only the fourth female to have visited every county, and John is the 40th male to reach this goal. In recent years, Judy drove their Honda Accord and John served as navigator. To count each county, John says they had to be “awake, sober and conscious at the time we crossed each county line.”

There were many favorites along the way: Kodiak Island and Sitka, Alaska; New Orleans, La.; St. Pete Beach, Fla.; San Diego, Calif.; Grand Marais, Mich.; and Duluth, Minn. – to name a few. And they created friendships in places like Davis, Okla., and near Quanah, Texas, where locals brought them to see an original herd of longhorn cattle.

“There were many surprises, many places that had wonderful, unexpected features that made the journeys worthwhile,” Judy said.

But only one place felt like home: Cook County, Ill.

“We loved many places we visited,” John says. “But at the end of the day, Chicago is home.”

They counted their last stop – Luce County, Mich. – in August with about 50 supporters cheering them on, including their two grown daughters, Karen and Amy, who, as children, participated in many of the family’s early travels.

“As we counted the last of our counties this summer, it was an incredible feeling, but it also was bittersweet,” Judy says. “After all these years, it was coming to an end.”

So, what do you do after you’ve crossed every county line in the country? The Fitzgeralds are eyeing trips to Europe, New Orleans, San Diego, the Black Hills of South Dakota and Banff, Canada.

“Maybe we haven’t saved the world, but we’ve been on our own personal voyage of discovery – discovering ourselves and this great country,” John says.