This Kid Proves Even the Youngest Residents Can Change Their Communities 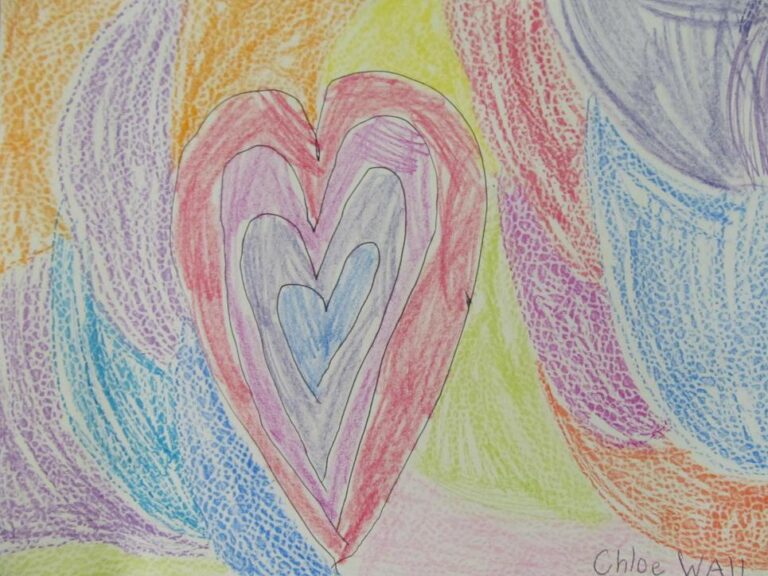 At a time when volunteerism in America is on the decline, 7-year-old Chloe Wall of McAlester, Okla., is defying those statistics and teaching many adults a valuable lesson about community service.

Chloe became a symbol of selflessness in May when she donated her artwork for sale to Hope House of McAlester, a faith-based, private nonprofit shelter and service provider for homeless women and their children.

“She was drawing some things at home and told her mom, ‘Hey I want to sell my art for Hope House and help them make some money,’” says Tina Adams, executive director of Hope House.

Adams says Chloe’s mom, Reynada Wall, is a member of the Hope House Board of Directors and often brings Chloe along when she has a board meeting or is volunteering at Hope House.

“When I’m there, I see lots of families with little kids and tiny babies, and it makes me kinda sad to know they don’t have a home,” Chloe told the McAlester News.

Since the shelter opened its doors in 2010, Hope House has served more than 880 displaced women and children. Adams says the organization considers itself “more of a supportive shelter” because most of the women it serves don’t consider themselves homeless or are not yet homeless in the traditional sense.

“For the most part, we’re their last shot before being on the street,” Adams says. “We meet them where they are. They let us know what their needs are and what they want to do, and we help them do that – whether it’s finding a job, finding housing, going back to school, mental health issues, substance abuse issues  – just whatever it is they need.”

Hope House also provides transportation and case management services for clients. The shelter comprises community living areas, a kitchen and dining room, a playroom and 16 bedrooms, which Adams says are occupied “95 percent of the time.”

“We don’t have a time limit for how long they stay here,” she says. “We’ve found the longer they stay and the more issues they resolve, the more successful they are when they move out.”

Adams says funds from the sale of Chloe’s artwork will be put toward shelter maintenance and upkeep. While there is no set price for the second grader’s drawings, Hope House will accept any sized donation in exchange for the artwork, which currently decorates the walls of Hope House.

“We don’t take state or federal money at Hope House, so we survive on individual donors and businesses and churches,” Adams says.

Hope House also accepts donations of household goods and cleaning supplies, and solicits volunteers to serve as tutors or help with building maintenance.

“[Volunteerism] is one of the most important things that anybody can do for their community,” Adams says. “It’s vital to our organization and to most of the homegrown nonprofits in McAlester, or any other city for that matter. Without community support, we won’t be able to survive, and we won’t be able to help anybody.”

She says it’s especially important to teach young people like Chloe the importance of community service.

“They’re going to school with kids who are homeless. Kids in their class may be having to use the food bank or some other kind of service. I think it’s amazing when children know at that young age that they can actually make a difference, and when they know they can make a difference, then it lets them know how important they are. I think that’s huge for kids to know that they matter,” Adams says.