Build a Sense of Community by Starting a Block Party 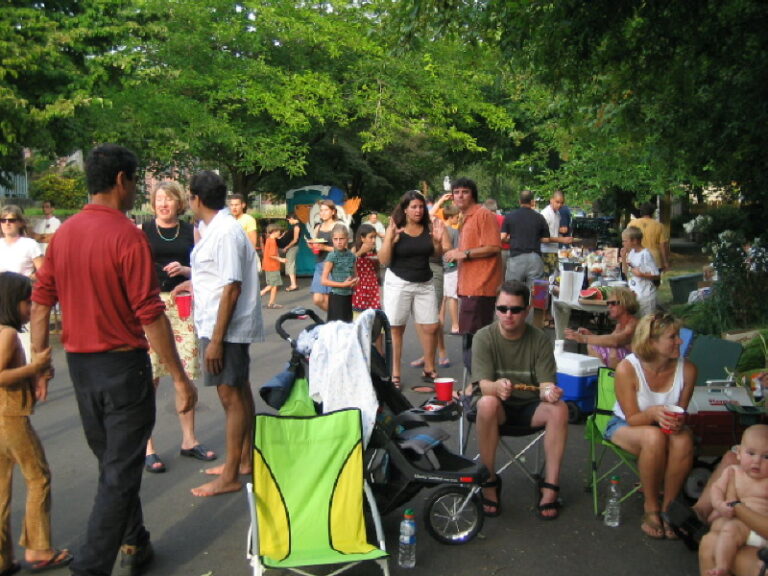 Chris and Gina Knodle, owners of a Golf USA store in Fayetteville, Ark., live in a two street neighborhood that began staging block parties two years ago and is now so close-knit that residents hold block parties every major holiday, and often spontaneously.

“When school was closed due to the snow, we held a chili and sledding block party on the hill in our backyard,â€ Gina Knodle says. “That afternoon we had 25 kids and neighbors show up for the fun.”

The common ground in the Knodle’s neighborhood is that most people moved from some place else and have little family nearby.

“Friends are like family,â€ she says. “Everybody knows everybody’s kids and pets. In an emergency, I know three or four families I could totally trust to care for my child. It’s a wonderful place to live because I never feel home alone.”

A final nice touch is the tradition of inviting your local police and fire department as a gesture of thanks for these heroes who protect your neighborhood.