Skip to content
Home > Make Your Move > Would You Move to a City for Free College Tuition?

Would You Move to a City for Free College Tuition? 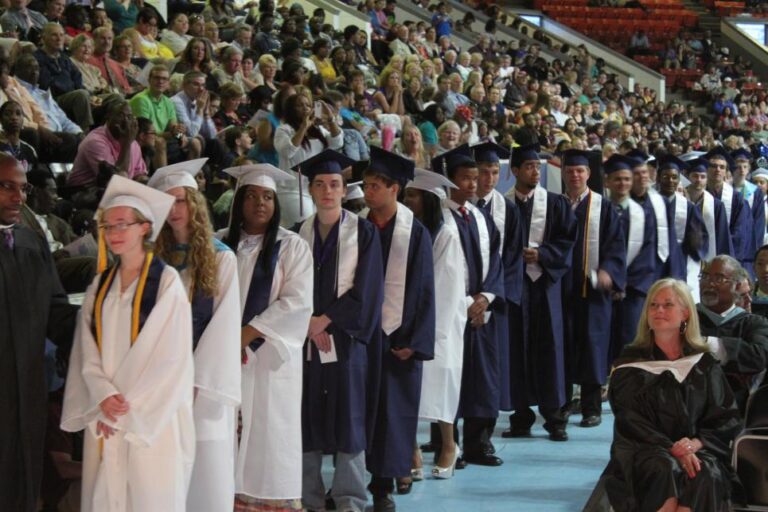 The opportunity to receive free college tuition through the Kalamazoo Promise is changing the lives and futures of students in Kalamazoo, Mich., and beyond. The pioneering program, which began in 2005 and has since inspired similar scholarships in cities and states across the country, may also represent a bold new frontier in economic and community development.

The Kalamazoo Promise was established by a group of anonymous donors in an attempt to plug a steady leak of students from the city school district. For two decades, as major industries left the city, so did residents. As a result, school populations dwindled, attendance-based funding declined, and school performance followed in a downward spiral.

To break that cycle, founders of the Promise believed their offering would have to be radically inclusive. And so it is. Every student that has lived in the district and attended Kalamazoo Public Schools for at least four years culminating in graduation is eligible for between 65 and 100 percent of tuition (based on number of years in the school system) at any Michigan public college or university. Students have up to ten years to use their Promise funds. Furthermore, the Promise is a “first-dollar” scholarship, which means funds are applied before any additional aid to which a student is entitled. Often, that leaves money left over for room and board and other expenses. The program is set up to continue in perpetuity.

Von Washington Jr., executive director of Community Relations for the Kalamazoo Promise, was a principal at Kalamazoo Central High School when the Promise was announced in 2005. He witnessed a change almost overnight.

“As a high school principal, I saw it right away,” Washington recalls. “I had new students. They’d say ‘I’m here because of the Promise.’”

By 2010, the school district had grown by 20 percent and performance had made a turnaround. That year, President Obama delivered the commencement speech at Kalamazoo Central.

“I was the principal for six years at Kalamazoo Central High School, and while there, we won the Race to the Top commencement challenge, which was the first one ever put out by the White House. It was just a wonderful thing,” Washington says.

To date, the district has added 2400 new students.

“We also saw a surge in our retention numbers, and those numbers have remained strong,” says Alex Lee, executive director of communications for Kalamazoo Public Schools. “We have [also] seen tremendous growth in the number of students taking Advanced Placement classes.”

Families aren’t the only ones moving into or staying in Kalamazoo. Washington says he hears stories daily about “small business owners that had the opportunity to move [to Kalamazoo] or stay that did it with [the Promise] in mind.”

Another economic benefit, local institutions Western Michigan University and Kalamazoo Valley Community College receive the bulk of Promise students enrolling in college. So far, 3,286 students have used at least a portion of their Promise awards – to the tune of more than $54 million.

While it’s too soon to measure its long-term impact, free college tuition through the Kalamazoo Promise is already bridging the gap between education and economic development, as well as nurturing young hopes and dreams.

“When you talk to Promise kids about their gift,” says Lee, “they talk about what the community has provided and the way in which they plan to pay it back or pay it forward.”