Looking to downsize? Check out these great cities that have embraced the tiny house movement. 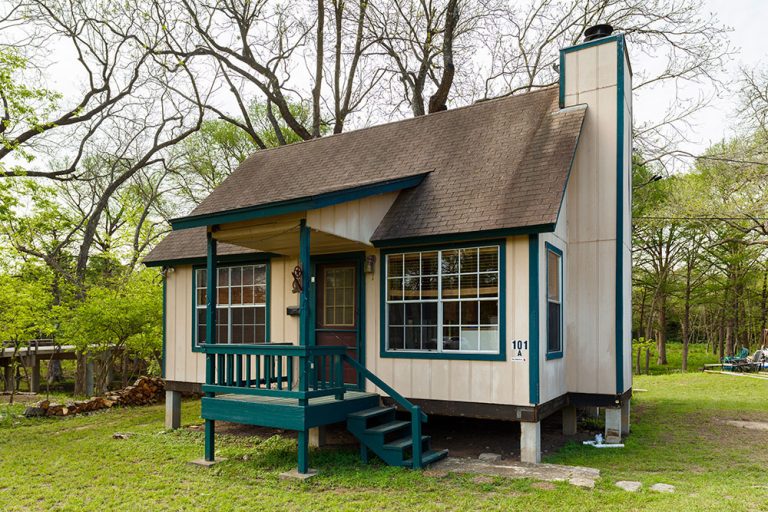 The tiny home movement has gone mainstream in the last few years thanks to TV shows like “Tiny House Hunters” and “Tiny House Big Living” on HGTV, where fans have admired the adorableness of micro dwellings – as well as their low price tags. Tiny homes are not only cheaper, but they are also a more sustainable type of housing due to their low energy costs and smaller overall footprint.

But buying and building a tiny home isn’t as simple as TV shows would make you believe: there are many zoning laws and building codes in cities around the country that make it difficult for tiny home owners to find a place for their house on wheels or build a permanent tiny home with a foundation. However, there are a few cities around the country that are friendly and open to these super small and sustainable houses.

Here are four of the best cities for tiny home living – for those adventurous enough to downsize.

If you want to live tiny, you can’t really find a better place to park your teeny dwelling than Fresno, California. This city in the San Joaquin Valley has passed some of the most groundbreaking and progressive ordinances in the country on tiny homes.

In January 2016, the city’s zoning and development code changed to allow tiny houses to be considered “backyard cottagesâ€ – including those on wheels. What it meant was this: tiny homes could now be parked or built to be used as a separate, permanent living space in a single-family home’s backyard.

Fresno was one of the first cities in the country to adopt zoning codes that specifically allowed tiny houses and was especially monumental because tiny home dwellers didn’t have to fulfill the typical requirement of serving as a “caregiverâ€ in order to get approval for a backyard cottage. The zoning and development code also meant tiny houses with wheels, which are usually treated like RVs and are restricted on where they can park, were allowed to be present in traditional neighborhoods.

There are, of course, restrictions and requirements for Fresno tiny houses – such as having a minimum of 100 square feet on the first floor interior living space and having areas for everyday basics such as sleeping, cooking and a working bathroom.

The dream for a tiny home community in Rockledge, Florida – a small town about 30 minutes west of Cocoa Beach – all started with one woman’s desire to downsize. After going down the tiny house internet rabbit hole, RenÃ© Hardee decided that living small would lead to a better quality of life for her and her family. The only problem? Her hometown of Rockledge had a minimum square footage building requirement of 1,200 square feet.

After many meetings with city planners, tons of research, a planning commission review and public hearings, the City Council finally adopted some of the most progressive tiny housing zoning ordinances in the country back in 2015. These zoning ordinances allowed the development of tiny houses in two zoning districts – a pocket neighborhood (a planned community that has groups of small residences) as well as a redevelopment mixed use district.

Now, both tiny houses on wheels and tiny houses with a foundation are legal within Rockledge city limits, and a tiny house pocket community is currently in the works. The only limitations set by the city are that the home has to be at least 170 square feet and that there must be a minimum width of 8.5 feet. Tiny houses on wheels must also be registered with the local DMV and have to be towable by a bumper hitch.

Durango, Colorado is a small, picturesque town just north of the New Mexico border that has close proximity to recreational hot spots like Mesa Verde National Park, Chimney Rock National Monument and the San Juan National Forest. Although Durango doesn’t have the outrageous housing prices that other tourist towns like Aspen or Telluride have, housing affordability has still been a major issue due to a small supply and a disproportionately large demand.

To help alleviate some of the burden, the city amended their Land Use and Development Code in 2014 to allow accessory dwelling units (or ADUs) in specific neighborhoods – meaning that tiny homes were legally allowed in single-family home backyards as long as they were on a permanent foundation. The city has also since approved to expand the neighborhoods where ADUs are allowed, which will now total six city zones.

And while tiny homes on wheels are not allowed (yet) in city neighborhood backyards, many tiny house dwellers are able to park their homes in certain manufactured home parks. There is also a new riverfront tiny home community – Escalante Village – that will allow tiny houses on wheels and is set to open in spring 2019.

Asheville has always been a city known for its embrace of the alternative and edgy – with a huge emphasis on the arts and a funky and eclectic downtown. So, it’s no surprise that the city is also friendly to alternative living spaces like tiny homes. Even though the city currently doesn’t allow tiny houses on wheels outside of a campground or RV park, Asheville has still made huge strides in becoming more tiny-friendly for small houses on a foundation, thanks to revised Accessory Dwelling Unit Rules that were passed in 2015.

Although ADUs have long been part of Asheville’s residential scene (the first zoning ordinance for accessory buildings was passed in 1948), the rules were updated in 2015 in order to combat a housing shortage. What changed specifically in 2015 was the loosening of size restrictions and the allowance for those with nonconforming residential parcels to be able to build and permit an ADU (just as long as they can meet certain requirements and address setbacks).

Now, Asheville tiny home lovers can rent a home from a family who is interested in earning some extra income or build their own home in a family member’s backyard.