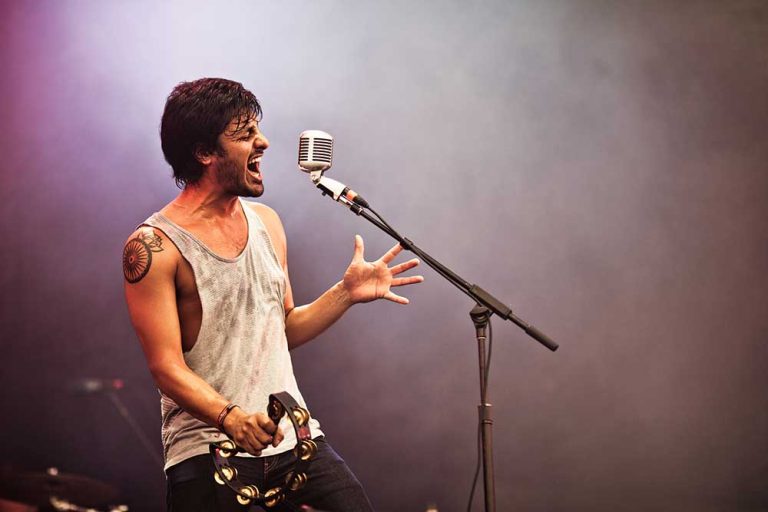 Austin / Courtesy of Thomas Hawk under a CC 2.0 license.

Live music fans in Austin, Texas, can easily fill their calendars seeing a different show every day for an entire year, if not longer. Known for its nightlife, Austin has more than 250 live music venues, dozens of annual music-centric events, plus the impromptu jam sessions and casual house shows to be expected in a music scene so vast. It’s a city known as the “Live Music Capital of the World,” notwithstanding a recently released study the city commissioned, which indicates the Austin’s decreasing affordability to musicians and venue operators threatens that status.

Within that context and considering the subjective nature of music and spaces best suited for it, it’s tough to be definitive with any list of “best” music venues in this town. Yet, here are 10 places for live music in Austin that stand out for different reasons. Some are districts with concentrations of varied venues, others are must-dos for their rich history or established reputation, while others just offer novel experiences that can’t be had anywhere else.

Also, be sure to check out the live music venue guide on AustinTexas.org, where you can customize your search to your music preferences by selecting among music districts, types of venues and types of music.

On those nights when you’re in the mood for music but aren’t sure exactly what type until you hear it, the Red River Cultural District downtown is a safe bet. The Austin City Council designated this area along and adjacent to the 600 through 900 blocks of Red River Street, an official entertainment district in late 2013, and it comprises several small to mid-sized music venues spanning multiple genres. For metal and rock, check out Red 7, or pair cold beer and barbecue with shows by nationally touring bands at Stubb’s Bar-B-Que, and then dance it all off to EDM at Empire Control Room. Other popular spots in the district are three-time Austin Chronicle “Best Live Music Venue” winner The Mohawk and Cheer Up Charlie’s, which moved to the district from East Austin in early 2014.

The Continental Club calls itself “the grandaddy of all local music venues” for good reason. It dates back to 1957 and since then has hosted shows by Tommy Dorsey, Glenn Miller, Stevie Ray Vaughan, Joe Ely, Gary Clark Jr., Kinky Friedman, and residencies by Junior Brown and James McMurtry, the latter of whom still plays acoustic solo sets Tuesdays and full-band midnight sets Wednesdays when he’s not on the road. Owner Steve Wertheimer recently opened another venue just a half-mile away, C-Boys Heart & Soul, which is sure to please fans of R&B, soul and funk. Another don’t-miss South Austin classic, The Broken Spoke, which dates to 1964, still delivers a true Texas dance hall experience with classic country music, ice cold beer and renowned chicken-fried steak.

Go east to find musical gems at the Historic Scoot Inn, which was founded in 1871 and is known as the oldest bar in central Texas. It expanded in recent years and can accommodate up to 1,000 for shows by varied local and national artists such as Spoon, Houndmouth, Cracker and Mayer Hawthorne. Just a half-mile away, hit up The White Horse for a more modern take on the classic honky-tonk vibe with performances ranging from Americana to classic country to Cajun. Most shows are free, and if you’re there on a Saturday afternoon, you can spend that saved cash at their East Side Flea Market.

This relatively new (2012) venue makes the list partly due to the cachet of its ownership, which includes Ray Benson, frontman of Asleep at the Wheel, the Austin-based country music group that has won nine GRAMMY awards since its inception in 1970. Rattle Inn includes three different spaces: the Rooftop Deck, the Whiskey Lounge, and for live music, Ray’s Backstage, where singer/songwriters, roots rockers and Americana artists hold court.

ACL Live at the Moody Theater

For jazz fans, Austin’s Elephant Room has delivered since 1991 with (usually) free weekday shows and small covers on the weekends. Upon entering, it even has a classic speakeasy feel, requiring guests to immediately descend a staircase into a basement space filled with expert instrumentation by local and nationally touring blues and jazz artists, affordably priced cocktails and a cozy atmosphere.

If you want to hear masterfully constructed songs by local and national artists, check the event calender at Strange Brew. This locally minded coffee shop in South Austin quickly gained accolades after starting to host live music with a listening room vibe, including several Austin Chronicle Austin Music Industry Awards in 2015. Those awards backed up many positive reviews for its acoustics and polite-yet-direct “please shut up and just listen” policy (including a silence sign during shows).

For another choice for those seeking a more personal music experience, look for the suit of armor outside Saxon Pub on South Lamar, which has an intimate atmosphere that legendary songwriter Kris Kristofferson reportedly likened to playing in his own living room. Since opening in 1991, the Saxon has hosted more than 22,000 live music performances, including Kristofferson, Willie Nelson and a residency by local favorite Bob Schneider, when he’s not touring.

To hear the most established and up-and-coming artists in Texas country and Red Dirt music, head west from downtown Austin on US Highway 290 and look for the big neon cowboy at the Nutty Brown Cafe and Amphitheatre, which hosts performances by artists such as Pat Green, Wade Bowen, Bob Schneider, Charlie Robison, Reckless Kelly, Randy Rogers and more.

Locals call it “Ginny’s Little Longhorn Saloon,” because its owner, Ginny, “The Patron Saint of Chicken Sh!t Bingo and Grand Matron of The Little Longhorn Saloon,” celebrated her 80th birthday in March 2015, and anyone who has been there can’t separate her from the place and unique atmosphere she’s created over the past two decades. The bingo we referenced has been a central draw on Sundays since 2000. Basically, you buy a two-dollar ticket, and Ginny places a cooped chicken above a pool table covered with a piece of wood marked with numbers. Wherever nature guides the chicken results in a winning ticket. If you’re wondering where live music plays in, the pre-Americana classic country traditionalist Dale Watson introduced the novel game at the Little Longhorn, usually performs when he’s not touring, and has brought many other well-known friends to play there, too.