Things to Do in Austin, TX

Listen to live music, visit outdoor havens and go for a swim in Austin 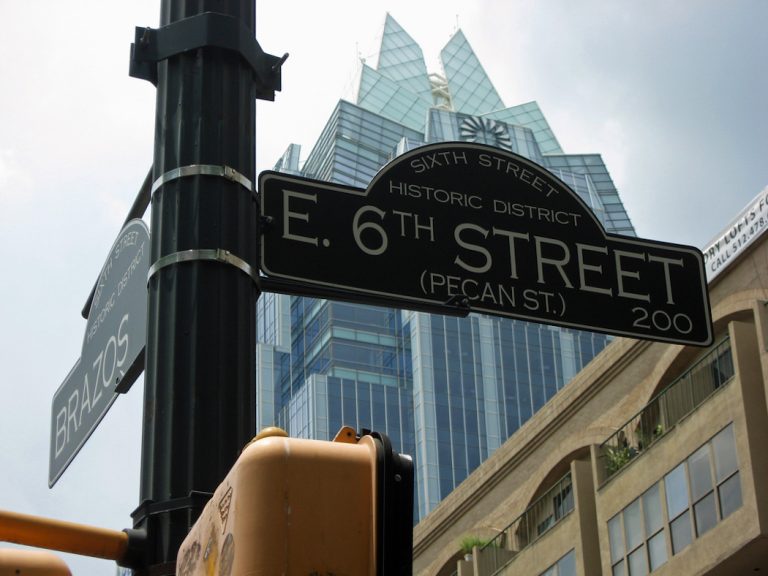 With top-notch attractions dotted throughout the city, it’s easy to enjoy the best that Austin has to offer.

Get Over to Sixth

Attracting a wide mix of people, 6th Street between Congress and IH 35 is known as Austin’s entertainment center. The seven-block stretch features several historical houses from the late 1800s and early 1900s, plus old commercial buildings that house bars, galleries, restaurants and many live music clubs representing many genres.

Also known as the LBJ Presidential Library, Lyndon Baines Johnson Library & Museum opened in 1971 and stores 45 million pages of historical documents pertaining to the 36th U.S. president. In 2012, the building underwent a multi-million-dollar renovation, and the top floor features a 7/8ths scale replica of the Oval Office during Johnson’s presidency.

More than 300 animals from 100 different species inhabit Austin Zoo & Animal Sanctuary, located in unincorporated Travis County west of Austin. Animals on site include lions, tigers, cougars, black bears and porcupines, and the zoo welcomes about 175,000 visitors each year. The sanctuary also accepts exotic animals unwanted or rescued from their owners.

On the south bank of the Colorado River near the downtown area is Zilker Botanical Garden, opened in 1955 as the centerpiece of Zilker Park. It includes several individual floral attractions with names like City of Austin’s Green Garden, Herb and Fragrance Garden, Mabel Davis Rose Garden, and the Isamu Taniguchi Oriental Garden.

Party at The Paramount

Built in 1915, The Paramount Theatre remains a live performance and classic movie venue and was listed on the National Register of Historic Places in 1976. Past acts have included Harry Houdini, Orson Welles, Billy Joel and Willie Nelson along with plays like Charlotte’s Web and The Wizard of Oz.

Nicknamed the Longhorns, the University of Texas men’s and women’s athletics teams have won more than 50 national championships and compete in the Big 12 Conference. The university’s baseball team is considered one of the nation’s best, while 100,000 fans jam Darrell K Royal-Texas Memorial Stadium on fall Saturdays to watch UT play football.

In continuous operation since 1866 and the oldest business in Austin, Scholz Garten is a downtown beer garden and restaurant that continues to be a popular gathering spot before and after University of Texas sports events. The menu is barbecue- and Texas-based while the building has many artifacts that pay tribute to German heritage in Texas.

Dating back to the days of Bob Wills and The Texas Playboys, Broken Spoke bills itself as the best honky tonk in Texas, guaranteeing that visitors will have a big Texas time. The long-standing popular dance hall books country music acts ranging from local talent to top celebrities who are traveling through the Austin region.

A great place to be on a hot summer day is Deep Eddy Pool, a manmade swimming pool built during the Depression era. The attraction provides lap swimming for adults along with a large wading pool for kids. Clear water filters in from a 35-foot-deep well and is not chlorinated, with temperatures varying between 65-75 degrees.