Discover how a wide variety of sports events and recreational opportunities in Southwest Dallas and Northern Ellis counties draws visitors from across the country. 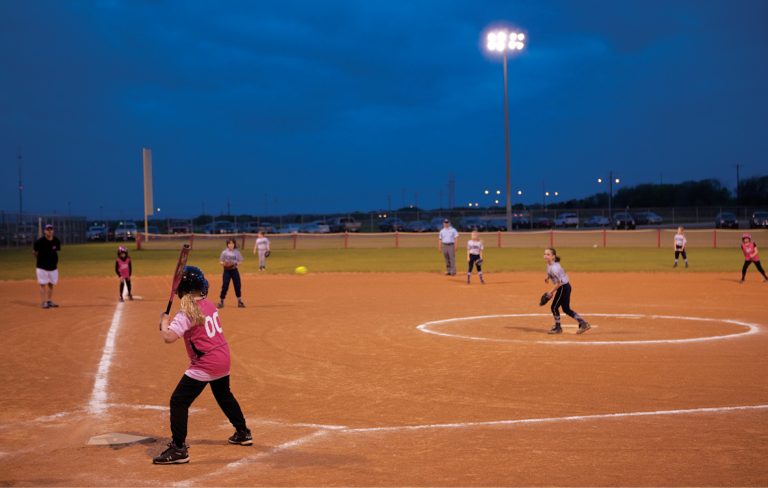 Cedar Hill / Courtesy of the City of Midlothian

The athletic lights of Texas are not confined to Friday nights, especially in the Best Southwest Partnership region. Various sports events and tournaments beyond the traditional high school football games take place in the region on an almost daily basis, bringing in visitors from across the country. Add in the lush natural landscape and nearly 5,000 acres of parks, and you have an area where sports and recreation are key components for attracting tourists.

“That has been a long-standing tourism sector around here for years,” says Cammy Jackson, president of the Midlothian Chamber of Commerce. “There’s just so much youth sports going on that brings in people from neighboring cities and states. Then we have a number of parks and outdoor activities, and that brings in more people.”

One of the biggest draws is tournament basketball. The city of Duncanville holds several major tournaments each year at the 111,000-square-foot Duncanville Fieldhouse, including the four-day Great American Shoot-Out in July and the Sandra Meadows Classic, which has been held around the Christmas and New Year’s Day holidays for the past 65 years.

“We’re a hotbed of basketball,” says Steve Martin, president of the Duncanville Chamber of Commerce. “We want the city of Duncanville to be known as the basketball capital of Texas. There are 400 teams here for the Great American Shoot-Out. All the hotels in the area are booked solid. That tournament makes a huge impact.”

In nearby Cedar Hill, many athletic tournaments are held at Valley Ridge Park, which has six baseball fields, four softball fields, three football fields and 18 soccer fields over its 165 acres.

“We are seeing more and more regional and national tournaments that want to come in and use our fields,” says Patty Bushart, tourism manager for Cedar Hills Economic Development.

Numerous gymnastics meets are held in Lancaster at Trevino’s Gymnastics, which has been training athletes and teams for 32 years. And in addition to basketball, the Duncanville Fieldhouse holds volleyball tournaments, camps and clinics.

Over in DeSoto, thousands of BMX bicycle riders and fans show up throughout the year to the Metroplex BMX, the state’s only covered BMX complex. More than 10,000 fans attend the annual BMX Super Nationals held there.

“The people who race range in age from 3-year-olds to adult men who are old enough to know better, but are still very physically fit and racing competitively,” says Laura Terhune, president of the DeSoto Chamber of Commerce. “And since this track is covered, it can be used year round. It’s not too hot in the summer, and rain or shine, there will be racing.”

For those who are more into recreation than sports, Cedar Hill State Park is one of the largest and most popular urban parks in Texas. Highlights include the 23 miles of DORBA Trail (Dallas Off Road Biking Association), which crisscrosses 1,200 acres and is open to both bikers and hikers; the 7,500-acre Joe Pool Lake, where visitors can swim, fish, go boating or just lounge along the shore; and 250-acre Dogwood Canyon with its 6,000-square-foot Audubon Center.

“Dogwood Canyon is pretty much the last nesting ground for two endangered species: the Black-Chinned Hummingbird and the Golden-Cheeked Warbler,” Bushart says. “Bird watching is a big outdoor activity here that brings in a lot of travelers.”

Cedar Hill also is home to one of the best disc golf courses in the region at Lester Lorch Park. Major tournaments are held each year at the 36-hole facility, with participants coming in from as far away as Puerto Rico. Traditional golf can be played at Thorntree Country Club in DeSoto and Country View Golf Club in Lancaster.

Finding Room at the Inn

In addition to everything taking place in the Best Southwest Dallas region, the area is only a short 15- to 20-minute drive away from some of the state’s top sports venues, including AT&T Stadium (home of the Dallas Cowboys) and American Airlines Center (home of the Dallas Mavericks and Dallas Stars) as well as such attractions as the Dallas World Aquarium, the Dallas Zoo and Six Flags Over Texas.

With so much going on, there have to be plenty of places for people to stay, and the Best Southwest Dallas region is in the midst of a hotel boom. DeSoto alone has seven hotels with two more in the works, Cedar Hill recently rebranded the 68-room Magnuson Hotel, and Midlothian opened its first hotel, a 102-room Courtyard by Marriott that has 1,200 square feet of meeting space.

“We have high hotel occupancy rates, and there’s a reason for that,” Terhune says. “Just look at what you can do here and within a 20-minute drive. There are a ton of things going on.”