El Paso is buzzing with new development, including a city within the city, and long-awaited redevelopment of the city’s older areas. 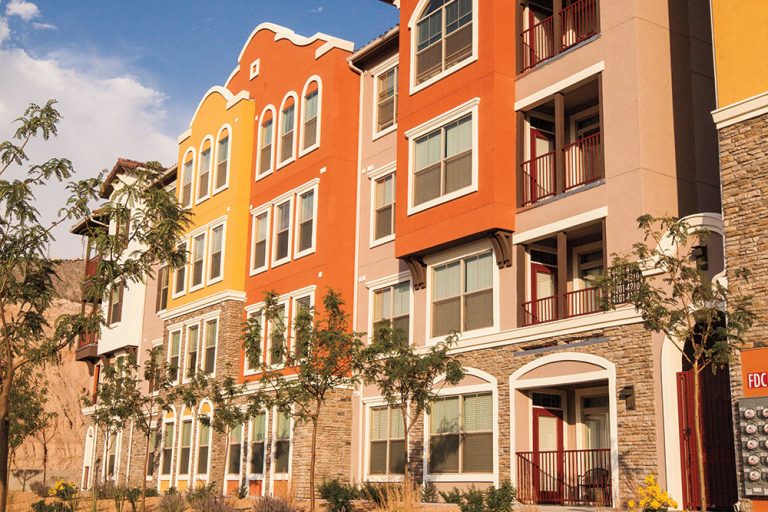 Visit El Paso in just a few years and you may not recognize it.

Word of new buildings, downtown redevelopment, retail, residential and commercial projects seems to pop up virtually every week, giving the city a shot of new energy and the promise of good things ahead.

“Downtown is happening and should be an exciting place for the people of El Paso and visitors alike to enjoy,” says Brent Harris, president of Mills Plaza Properties, which carefully restored the venerable 1911 Mills Building, creating a modern space for office, retail and restaurant clients.

A new steakhouse, Anson 11, will open there in late 2013, while the first downtown Starbucks opened in the adjacent Centre Building, another Mills Plaza Properties project. The two buildings, a parking garage and the Plaza Hotel, to be renovated, will anchor the new Mills Plaza Promenade, a pedestrian plaza leading to the San Jacinto Plaza, also being renovated, with new water features, landscaping, benches and an outdoor café.

Construction of the new 9,000-seat AAA League baseball stadium is under way, with completion expected in spring 2014. The Union Square area continues to attract entertainment, retail, dining and residential development. The historic Luther Building downtown will house city offices when renovations are complete, and a mixed-use rehab is under consideration for the Martin Building.

“Montecillo will be a live-work environment that gives you the ability to be closer to basic services you need – groceries, cafes, insurance, that kind of thing,” says David Bogas, director of development for EPT Land Communities, developers of the 290-acre project.  “It will encourage people to walk or ride a bike, to keep their vehicles parked and enjoy the openness of their surroundings.”

The development will include single- and multi-family housing, mixed-use retail and commercial space and entertainment. “It’s actually been referred to as a city within a city,” Bogas says.

Residents have already moved into the Venue apartments at Montecillo’s main entrance, which, though not falling under the Smart Code, were built using sustainability standards. The area also will include The View at Montecillo, a 150-unit active senior living complex, and the 240-unit Santi apartment and retail complex.

Much excitement has surrounded the redevelopment of a long abandoned industrial property into the 600,000-square-foot Fountains at Farah retail center. The complex will eventually house 60 or 70 tenants, says West Miller, president of Centergy Realty, which is developing the Fountains.

The center’s name recalls an iconic presence in El Paso, the massive old Farah factory, which after being vacant for years was demolished to provide the site for the Fountains at Farah.

“Everybody in El Paso is aware of Farah because either they or someone in their family worked there,” Miller says. “It was a big part of this community for a long time. And now the site will be one of the newest, nicest and most technologically advanced shopping centers in the country.”