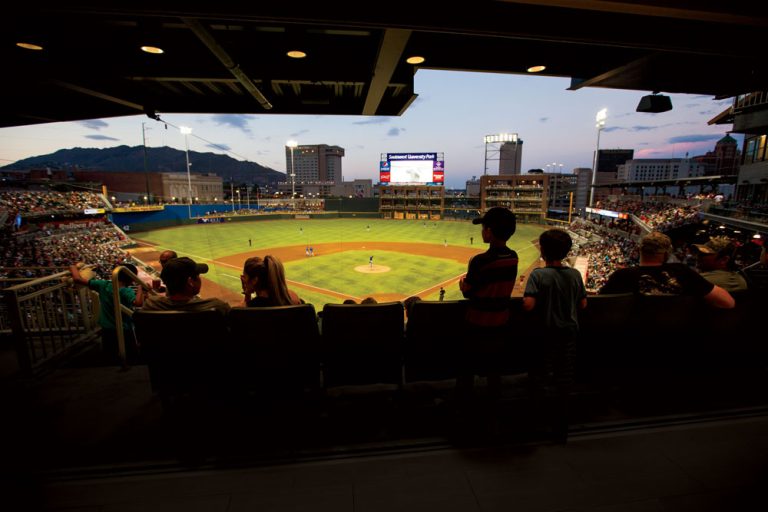 Hear that noise? It’s a construction boom in El Paso.

The Sun City is enjoying steady growth in retail and other commercial development, attracting national brands like Chuy’s, Dave & Buster’s, Whole Foods and an IMAX theater as well as a crop of interesting locally owned small businesses – the latter most noticeably in El Paso’s ever-evolving downtown area.

“This is an exciting city with construction projects occurring wherever you look,” says Jessica Herrera, City of El Paso economic development manager.

For shoppers, the 140-store Cielo Vista Mall plans to add 35 specialty stores in 2016, while River Oaks Properties will upgrade several of its El Paso strip shopping centers over the next three years. The Outlet Shoppes of El Paso, which recently added stores, welcomes 8.5 million visitors a year. The Fountains at Farah off Interstate 10 is expanding its 650,000 square feet of retail space.

“All the commercial development comes on the heels of many infrastructure improvements in El Paso by the Texas Department of Transportation,” Herrera says. “TxDOT spent more than $2 billion on improvements to many roadways such as I-10 and State Highway Loop 375 that helped spur residential growth, which then attracted commercial developers.”

El Paso also has several construction projects underway in the health-care sector, including work that began in 2015 on a $29 million research and technology plaza, the Cardwell Collaborative Building, that will house the Medical Center of the Americas Foundation, Texas Tech University Health Sciences Center El Paso, and the biomedical institute RedSky. Texas Tech officials also announced that a Medical Science Building II will be added to the university’s Paul L. Foster School of Medicine campus, with construction slated for 2016.

In addition, a new 140-bed teaching hospital and medical office plaza under construction in northwest El Paso is scheduled to open in late 2016, thanks to a collaboration between Sierra Providence Health Network, Texas Tech University Health Sciences Center and Medistar Corporation.

Commercial construction is prevalent in the downtown area, especially since El Paso City Hall was demolished a few years back to build a baseball stadium for the El Paso Chihuahuas, Triple-A affiliate of the San Diego Padres. The stadium has become a major attraction and catalyst for downtown development.

Gudenrath adds that El Paso voters also passed a $470 million quality of life bond, with the money already raised and earmarked for downtown projects such as a multi-purpose arena, children’s museum and a Hispanic cultural center,

“If you haven’t been downtown in a few years, now is the time to come see all the progress,” Gudenrath says. “It’s an exciting time in downtown El Paso and throughout the entire city.”