El Paso’s new digital touch wall, the first of its kind in the U.S., will offer a hands-on digital experience with history, culture, people and more. 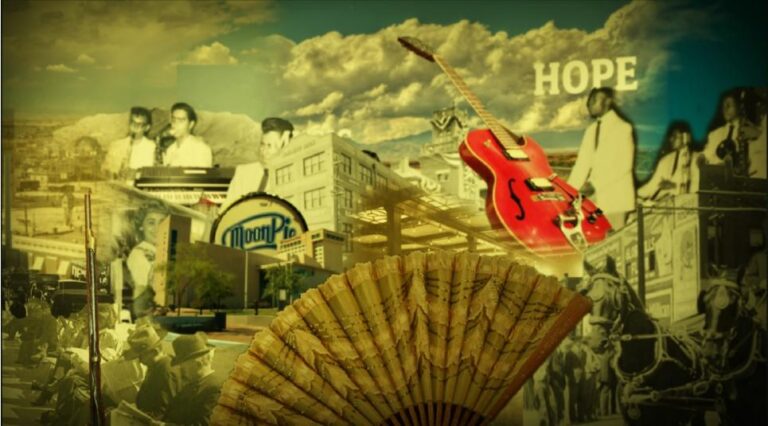 Imagine that you could learn about your city’s history by simply touching a computer screen. Now imagine that screen is actually four huge screens of changing images of history, culture, personalities, all accessible to you with just a finger tap. Sound like something from Hollywood? No, it’s real – and it’s coming to El Paso.

Within the next year or so, the booming Texas city will become the first in America to open a TouchCity 3-D Digital Wall, and only the second city in the world to offer this amazing visual experience – Copenhagen’s wall is the first, and Cairo will become the third.

Gliding Through the City

The wall, a permanent installation in front of the El Paso History Museum, will consist of four 95” screens, which will present thousands of images that reflect the city’s life, past and present. If something piques your interest, simply touch it, and more photos, info and a timeline, will come to you.

A bit difficult to imagine? El Paso Museum of History Director Julia Bussinger describes the experience as “gliding through the city.” A video offers fascinating glimpses of what the project will be.

Bussinger first discovered Copenhagen’s TouchCity wall during a conference in Europe, and, passionate about the idea, brought it home to El Paso. Here, a group of museum supporters took up her passion, and in November 2012, voters approved a bond issue that would pay for the $3 million project.

“It’s an unbelievably exciting approach, and one we feel sure will broaden the museum’s audience,” Bussinger says. “Particularly, it will appeal to the generation between traditional museum-goers and the younger people. It’s a great way to learn not only about history, but the identity of the city, culture, business, the environment, nature – everything about El Paso.”

The city is working with museum administrators in Copenhagen, and the Gibson Group in New Zealand, which created the CityScape digital interface for the walls. Representatives from both have visited El Paso and will again in summer 2014.

The museum is amassing photos and videos, says Digital Wall Curator Everett Thomas, and entering them in a massive database. Sources include the University of Texas El Paso, the county historical society, the public library, the El Paso Times – and citizens, who can contribute photos from their home computers. Visitors can even upload photos on the spot from their cellphones, creating a limitless, ever-growing collection.

“We are collecting and collecting and will continually collect photographs after the wall is open,” Thomas says. “It will be a very social wall – the whole community is excited about this.”

The wall will function in both English and Spanish, and offer visitors a chance to send a personalized postcard from the wall to any destination in the world. More than 400,000 people visited the Copenhagen wall in its first six months, and sent more than 60,000 postcards.

“I believe the wall will be part of our pride in the community, one of our achievements, and we hope it will be a tourist destination too,” Bussinger says. “It’s our identity, and we’re really very proud of what we’re doing in El Paso.”