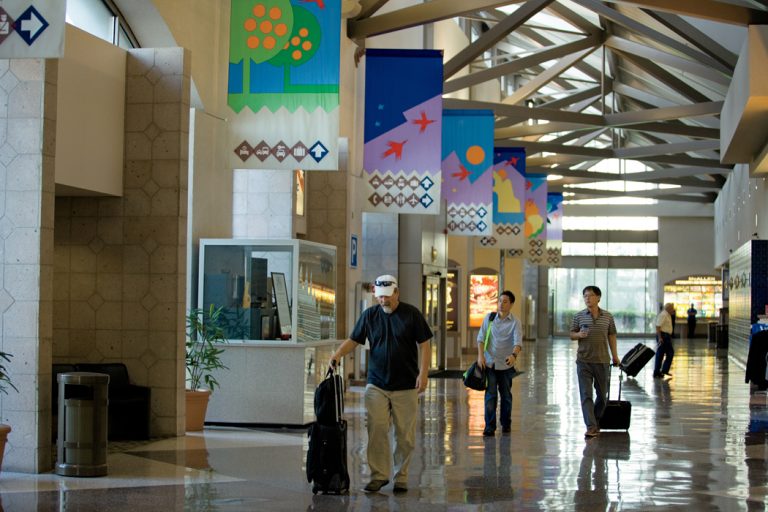 McAllen-Miller International Airport has plenty to declare these days, especially following a $26.4 million, 55,000-square-foot expansion that has doubled the airport’s overall footprint to 110,000 square feet.

“The $26.4 million amount is actually more than the airport cost when it opened its doors in 1993,” says McAllen mayor Jim Darling. “An airport often provides the first impression of a city when people arrive, and our airport now gives an excellent first impression and offers a good indication of the economic vitality in our city.”

Darling points out that the airport is already graced with an ideal location off Expressway 83 between 10th Street and Bicentennial Boulevard, directly across from the 150-store La Plaza Mall.

“One of my favorite upgrades is the addition of a sixth passenger loading gate, because more gates are especially important in the early morning when all airlines want to take off and get their days started,” he says. “The expansion project also includes the potential for adding a seventh gate in the future whenever an airline is interested. Bottom line for me: I’m very proud of how the entire expansion turned out.”

The upgrade was funded by $4.4 million from the city of McAllen, $12.4 million from TSA (Transportation Security Administration) grants and the Federal Aviation Administration, and $9.6 million that is being raised from passenger fee charges. Besides a sixth gate, the expansion added a pre-check lane and more space in the TSA area for efficiently moving passengers through lines, and larger hold-room passenger waiting areas.

Upgrades were made to the baggage checking system, as were parking lot improvements such as LED lighting. A pair of Coffee Zone shops and a Comfort Zone bar/lounge are among the new amenities, and more electrical-device charging areas were added to the WiFi-equipped airport.

“Other big news is that American Airlines decided to add a sixth daily flight to Dallas-Fort Worth International Airport,” says Elizabeth Suarez, City of McAllen airport director. “Not long before that, McAllen added daily non-stop flights to Mexico City and seasonal service to Los Angeles.”

Today, McAllen-Miller International accommodates four major airline carriers – American to Dallas-Fort Worth, United to Houston, Aeromar to Mexico City, and Allegiant to Los Angeles and Las Vegas. In 2014, the airport had the largest number of passenger boardings in seven years with 390,758, so the timing was even more perfect for this expansion effort, Suarez says.

“With ridership going up, we hope to attract more airlines to accommodate even more passengers,” she says. “We certainly have a beautiful airport to attract them, with a terminal that features palm and mesquite trees along with terrazzo floors. Customer satisfaction, security, technical upgrades and overall efficiency were all successfully addressed and built into this expansion.”