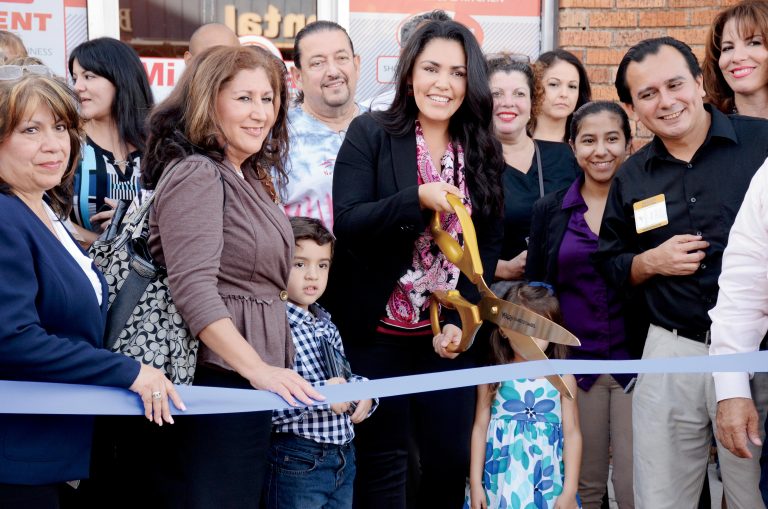 Lamar Jones knows a place where good taste is rewarded,  where his business, The Jank Gourmet BBQ Sauce, has taken off since its founding in 2009. Jones won the McAllen Chamber‘s Innovation Grant in 2014 and has become a strong contender in the barbecue sauce market.

Jones, also known as “Sir Jankster,” says he began developing his product with little concern for what others might think.

“I was doing it just for me,â€ Jones says. He had recently moved from a lively South Florida culinary scene and was inspired to create a versatile sauce to bring some of that flavor to his new community. He developed a product that pairs well with chicken, beef, pork and seafood and can be used as a marinade as well as a finish. The thick sauce starts with a crushed red peppers and cayenne blend to which honey is added.

“There is no hidden secret to the recipe; just the love I put in it,â€ Jones says, adding that he’s happy to divulge was is not included – corn syrup, MSG or gluten.

Testing and selling the product, Jones traveled – and still does – to farmers markets, rodeos and festivals before incorporating his business in 2012. The favorable response was immediate; the business and customer base grew. Making his products available online, Jones has been able to reach an almost endless potential for new customers. That and the placement of his products in 247 Texas-based HEB food market stores resulted in a million-dollar-plus enterprise. Advertising is done by word-of-mouth, Facebook, Instagram and, of course, wearing Jank’s t-shirt.

“If you can make it, then you can sell it,” says Elizabeth Davis, owner of Mi Cocina by the Hour, a shared-use commercial kitchen for small food-related businesses that got started in 2015 after winning the McAllen Business Plan Competition.

Even so, Davis recognizes some of the obstacles that confront entrepreneurs wanting to grow a business in the food industry. She’s been there and wants to help others get through the first set of growing pains.

Mi Cocina rents out space and heavy equipment for cooks and creative food preparers who want to bring their products to the buying public. Often the problem is trying to lease space to operate that is much too expensive for a startup.

Mi Cocina by the Hour solves that problem by allowing tenants to rent the space for just the amount of time they need rather than paying for space that is available for 24 hours a day through what may be a lengthy lease. As the name implies, Mi Cocina by the Hour charges tenants on an hourly basis and offers a kitchen and equipment that meets all health department requirements. Only one tenant can use the kitchen at a time.

Currently there are 10 fledgling businesses utilizing the space turning out such products as Argentinian empanadas, detox juices, barbecue, jellies, salsas, gravies and prepared frozen meals. In the past three years, Davis has assisted 30 startups that went on to open their own business in the traditional market.

In the very beginning she was not sure her novel idea would be a success.

“I got the key and I was so excited, but I had no money. I had no idea how I was going to pay a year’s rent,â€ she says. “I’m standing in this space with a contract but no money. I had the space but no equipment or furniture. It costs $1,800 just to connect to the gas. I knew I had to sell more of my own products (pecan pralines and flavored butter). I was in the facility for four months before opening,” she says.

Davis is more than a landlord. With over 20 years experience in business, she offers business consultation to tenants who need that type of service.

“I wish I had had someone to help me get started,â€ she says. “People are working so hard to get results and I care about people,â€ she says. “I help connect them to the right market. It’s like a chain helping to develop other businesses.â€