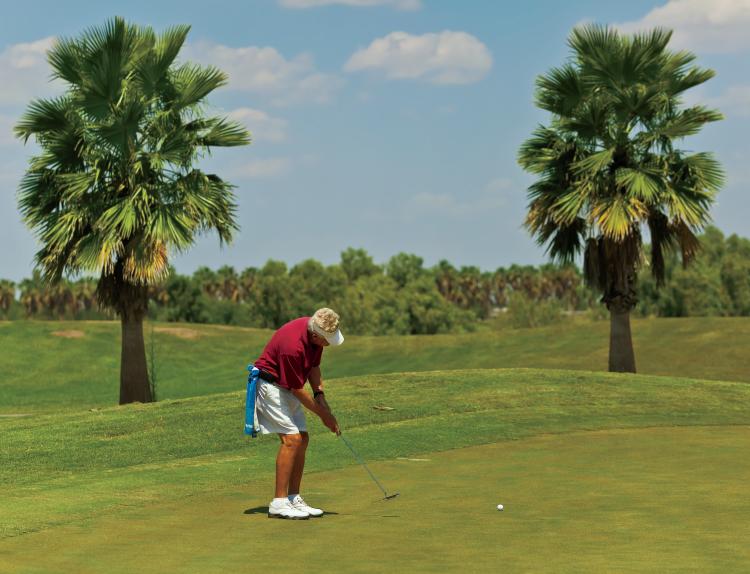 The sporting life is a good life in McAllen, where recreational opportunities abound and the city’s many facilities are well-maintained and easily accessible.

Two disc golf courses are available for play in McAllen. The nine-hole Daffodil Park Disc Course is open throughout the year near Bentsen Road and Daffodil Avenue, and an 18-hole Green Jay Disc Golf facility debuted in 2015 at Neuhaus Drive and Ware Road, on the former property of Palm View Golf Course that has since moved across the street.

McAllen Parks and Recreation oversees 52 city parks, including Archer Park, which opened in 1912. Springfest Park is the city’s largest park, while two hot-weather splash pads are located near the Palm View Community Center and at 29th and Zinnia Park. Town Lake at Firemen’s Park provides a fishing experience in the middle of McAllen. The lake is stocked with catfish, perch and trout. People also can canoe or kayak across its 4 acres.

Bikers and hikers can enjoy plenty of trails within the city, including the Bicentennial/Second Street Trails that span 2.33 miles from Business 83 to Nolana. Other popular venues include Los Encinos Park Trail, McAllen Nature Center Trail and the .7-mile Schupp Park Trail.

The McAllen Marathon is a USA Track & Field-certified event that features full and half marathons and a five-person relay race through McAllen in January, when the average temperature is between 50 and 70 degrees.

The $5 million McAllen Sports Park, behind De Leon Middle School, features eight multi-use fields and one championship field that can accommodate football, rugby, soccer and ultimate Frisbee. The McAllen Youth Baseball Complex, under development at 29th Street and Auburn Avenue, will have 12 fields and the ability to eventually expand to 16.

In addition, plans are in the final stages to construct an off-road McAllen Motocross Park on Monte Cristo Road, funded through a grant from Texas Parks & Wildlife.