Schools in McAllen, Texas prepare students for a bright future 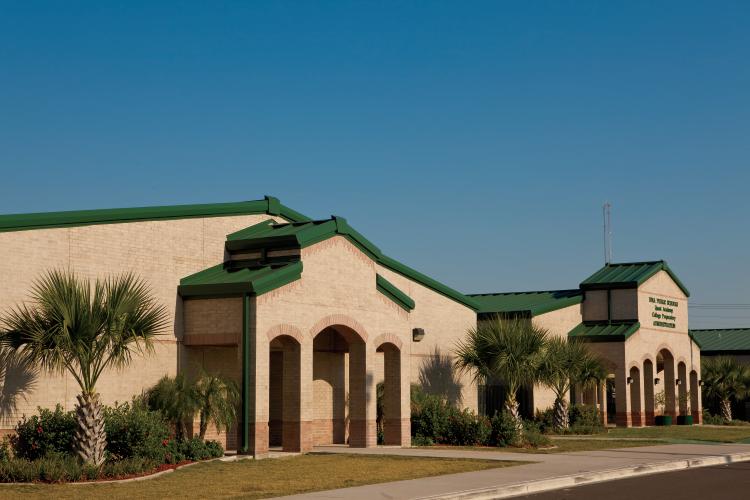 Education’s momentum is building in McAllen, Texas, from its excellent public schools and innovative charter option to its dynamic college opportunities.

McAllen Independent School District (MISD) encompasses 33 campuses, including five high schools, seven middle schools and 20 elementary schools, with more than 24,000 students. The district offers a dual-enrollment program for students to simultaneously earn high school and college credit. The class of 2016 collectively earned nearly 17,600 college credit hours, saving their families an estimated $7.3 million in tuition. Students have a wide range of choices, including Advanced Placement, International Baccalaureate and an Early College High School, plus programs in which students can earn professional licenses and certifications before they graduate from high school.

McAllen ISD engages students with its innovative TLC3 (Transforming Learning in the Classroom, Campus and Community) program, which equips every student with an iPad or iPod Touch device. For the second straight year, all of McAllen ISD’s high schools are nationally ranked by either U.S. News & World Report or The Washington Post. The district has been named a national Best Community for Music Education four consecutive years, and has earned praise  for its focus on health and nutrition.

IDEA Public Schools is a growing network of 36 tuition-free K-12 public charter schools serving more than 20,000 students with a fully scaled curriculum throughout the Rio Grande Valley, Austin and San Antonio. IDEA is committed to “College For All Children” and has sent 100% of its graduates to college for the past seven years. IDEA Academy McAllen, which opened in 2012, serves students in grades K-9. To prepare its students to be college scholars, IDEA provides the International Baccalaureate (IB) curriculum as well as the Road to College program, which begins in the sixth grade.

McAllen is part of the new University of Texas Rio Grande Valley (UTRGV), a merger of the University of Texas – Pan American (which had partnered with the city to host the college’s McAllen Teaching Site), and the University of Texas Brownsville. UTRGV is the nation’s second-largest university serving the Hispanic community. Its eagerly anticipated new medical school admitted its charter class of 50 students in fall 2016, promising “an exceptionally innovative learning experience designed to instill students with scientific, clinical and research expertise of the highest professional standards.”

South Texas College, founded in 1993, enrolls more than 34,000 students and offers some 118 degree and certificate program options. A faculty and staff of more than 1,600 serve STC’s five campuses, three teaching centers and one virtual campus—which gives students access to more than 500 online courses and provides many other services.

Texas A&M is making an estimated $30 million investment to open its McAllen Teaching Center campus in fall 2017. The university has had a presence here since 1999 with its School of Public Health and College of Nursing programs.