Best Things to Do in Plano, Texas

With 3,000 acres of parks, a ton of restaurants and a bustling retail scene, Plano, Texas is a natural attraction. 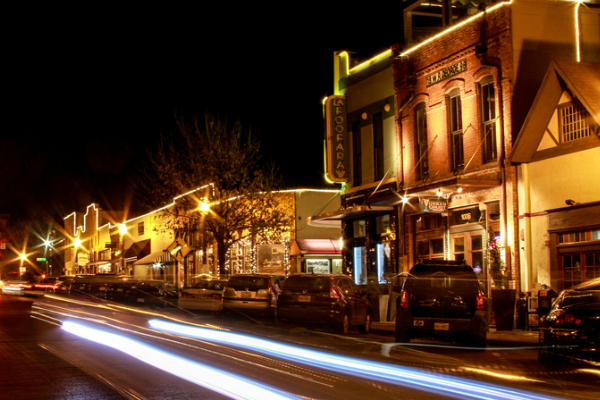 Courtesy of Stylepinner under a CC 4.0

Located just a few miles north of Dallas, Plano, Texas is the sometimes overlooked smaller sister to Big D. But as the home to more than 25 national corporate headquarters, a vibrant arts and entertainment scene and a menu of restaurants that would make most foodies drool, it’s easy to see why Plano ranks as one of the best places in America to live, work and play.

Take a walk on Plano’s wild side at the 200-acre Arbor Hills Nature Preserve. The park features several miles of hiking and biking trails as well as a 2-mile walking trail that offers some of the city’s most scenic views. The park also features an observation deck for bird-watching or observing some of Plano’s wildlife.

At one time, the Dallas metro area had more restaurants per capita than New York City, and it continues to be a foodie paradise. With more than 700 restaurants, Plano doesn’t disappoint. Whether you’re in the mood for an upscale steakhouse like Seasons 52 or Bob’s Steak and Chophouse or down-home fare like Winners BBQ (famous for its brisket) or Whiskey Cake Kitchen & Bar, you’ll find something to please your palate in Plano.

Austin isn’t the only rockin’ city in Texas. Take in a live show at one of Plano’s bars and clubs. The Dirty Rooster, for example, doubles as a sports bar and grille and live music venue, hosting local acts most week nights and weekends. Or you can sup on rustic, local fare while listening to country tunes at the iconic Love&War in Texas restaurant.

They say everything’s bigger in Texas, and the farm-to-table movement is no different. Gather your farm-fresh ingredients at one of three farmers markets in Plano. The Collin County Farmers’ Market is open Saturdays, April through October. Georgia’s Farmers Market stocks organic seasonal produce, locally made jams, honey and desserts, and the Fairview Farms Marketplace hosts a summer market and a restaurant, and doubles as an event space.

See what local artists have to offer at the ArtCentre of Plano. The nonprofit organization hosts several classes and arts events for the community throughout the year. But art lovers will enjoy browsing the rotating displays of local works in the center’s historic location.

Whether you’re a fan of the 1980s hit Dallas or its recent reincarnation, you’re sure to love getting a glimpse of television royalty on the real-life Southfork Ranch in nearby Parker. Take a tour of J.R. and Bobby’s TV turf and maybe even find out why Kristin shot J.R.

Release your inner child at one of Plano’s family-friendly attractions. With miles of green spaces, parks and other places to play as well as such kid-friendly hotspots as the Plano Aquatic Center and Kid Mania, it’s no wonder Plano ranked second on Livability’s 2015 list of the 10 Best Cities for Families.

Shop, but don’t drop. Plano’s downtown offers a wealth of quirky shops and eclectic boutiques. Downtown is also home to a number of art galleries and studios. After you’ve done downtown, be sure to check out the Shops at Legacy, a collection of upscale shops and eateries.