More than $1.5 billion in real estate investment to transform region 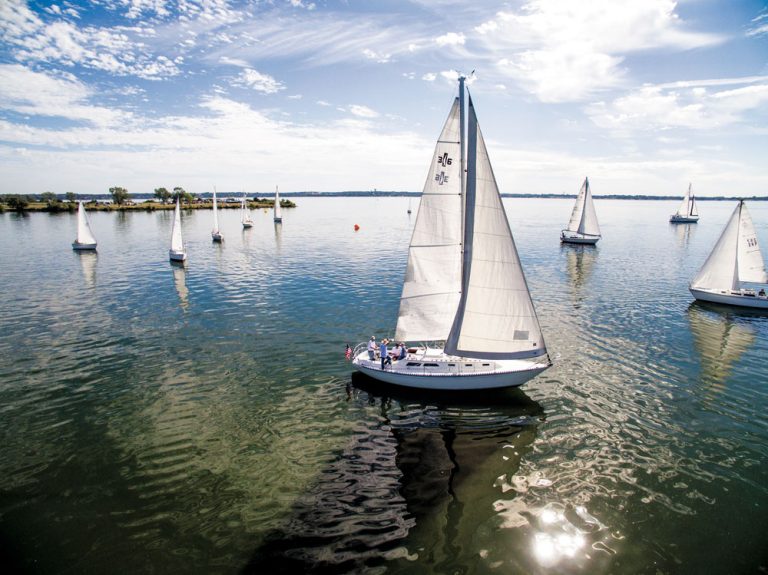 Rowlett / Courtesy of City of Rowlett

Imagine a city where your lifestyle choices include a luxury, lakeside apartment development; a mixed-use parklike resort with a marina, lakefront trails, dining and entertainment options; or loft living in a downtown that is being redeveloped specifically to align with the town’s relatively new transit connectivity.

Now stop imagining and take a look at the vibrant community of Rowlett, where developments valued at more than $1.5 billion are transforming the city and creating new possibilities for the way residents live, work and play.

Downtown Rowlett is experiencing a renaissance sparked by Village of Rowlett, a transit-oriented development next door to a DART station with 750 park-and-ride spaces. Residential, commercial and government uses include City Hall and other municipal offices, Village of Rowlett apartments with 17,000 square feet of commercial space, and dining and entertainment, all close to public schools.

“Millennials, and people of all ages, want to live near the DART and not drive,â€ Grisham says.

Village of Rowlett resulted from a public-private partnership with the goal of creating a downtown defined by open spaces and walkable streets as well as mixed-use and mixed-density residential buildings. In addition to a DART station, it includes a new central library, 249 residential units, including lofts, bungalow court homes and ground-level live-work residences, as well as restaurants with outdoor dining along Main Street.

“We were drawn to Downtown Rowlett due to its unique sense of authenticity and history. The opportunity to expand this sense of place guided our development approach. With a diverse collection of buildings and streetscapes animated by various restaurants, small offices and housing, we believe it will become a key driver of Rowlett’s unique identity,” says Paris Rutherford, principal for Catalyst Urban Development.

A Lakefront Park at Bayside

Bayside, a $1 billion, 262-acre mixed-used development on Lake Ray Hubbard, is another development transforming Rowlett. Bayside also is being created with transit in mind, says Tom D’Alesandro, who is leading the project for the developer, Bayside District Partners.

The development is on a site divided by Interstate 30. The north side is reserved mostly for single-family and multifamily residences with some retail and other uses. Development on the south side includes Class A office space, condos, multifamily residences, a marina, a medical district, lakeside trails, hotels, dining, shopping and entertainment venues, and a resort and conference center.

“On the northern edge of the property, there is a proposed DART station, so depending on the ridership of the existing downtown station, it will be extended and come directly to Bayside,” D’Alesandro says. “If that happens, in a way Bayside could become the 2.0 of the transit-oriented development happening downtown, the second iteration. Looking at the big picture from an urban planning perspective, it is one of the most important aspects of the project.”

D’Alesandro, who came on board as the new lead developer for the long-anticipated project in October 2017, says the original plans have changed significantly for the better in terms of accommodating market intelligence gathered from an extensive survey of people within the region and in neighboring states – those who currently live in the area, those who might consider a move, and individuals and employers who might consider Bayside’s hotel and conference center amenities for a weekend away or company event.

He says the revised plan will respond to three top priorities that emerged across the survey, the first being the desire for the property to remain parklike, with open spaces and lakeside trails open to the community for recreation and exercise. Second, respondents say they want a public performance space for outdoor movie nights or summer concerts. And third, they expressed a desire to have a thriving, active marina as an attractive way of accessing the lake that is different from a natural trail.

“It is a place where people will feel welcome year round to push a baby stroller or jog or have coffee at the edge of the park on the lake. We are looking at how people want to spend time and what they want to do, like exercise there during the daytime and come back for a concert at night. I look forward to working with the city to build a welcoming destination where families in and around the community can go outside and play for years to come,” D’Alesandro says.

Since the new market research was done, Bayside has brought on three new award-winning designers to address these needs, including global design firm Sasaki Associates, whose work includes the 2008 Beijing Olympics, the Chicago Riverwalk, Charleston’s Waterfront Park and Wilmington Waterfront Park in Los Angeles, to refresh the master plan; architectural firm Lake Flato, named one of the Ten Most Innovative Architecture Firms in the World by Fast Company; and Austin-based landscape architect Christine Ten Eyck, who has won awards most recently for The Plaza & Cellars at Pearl Brewery and The University of Texas at El Paso transformation.

D’Alesandro said all three were selected with the desire to make the entire project more authentic to its location.

“What was important to us once we knew people wanted a natural setting that would be home to events and have attractive access to the lake – we could confidently design a neighborhood, a business center and also a park,” D’Alesandro says.

“We want to build the kind of place people have told us they desire and would prefer over other destinations in the metro area. We have a mile and half of frontage on the lake, and nobody else has that. We wanted to make sure we maximized the opportunity to enjoy a natural setting for recreation and events that would leverage all the other uses – the hotel, the residential, the office and retail. Wherever you are in Bayside, we want you to have that sense of being at the lake.”

Take a Trail to Work

Meanwhile, also on the shore of Lake Ray Hubbard, trail connectivity plays an important part in the development of 447 luxury apartments and amenities of Terra Lago, especially convenient for workers at nearby employers such as Lake Pointe Medical Center. Terra Lago also is intended to provide an alternative to traditional single-family homes.

The development “offers an ideal location that reduces commute times … while also incorporating the ease of apartment living and the excitement of living on the lake, close to hiking and biking trails,â€ says Brittney Johnson, the community’s manager.

“The hike-and-bike trail connection that is planned from Scenic Point Park to Lake Pointe and beyond will allow for alternative modes of transport to be used to get to businesses near the trail, like the hospital. When you’re home for the night or on the weekend, you won’t even have to search for something to do or jump in the car to do it. Terra Lago is the ideal urban living environment, incorporating serenity from the views, adventures with such easy access to the lake, and trails and amenities galore to enjoy in downtime,â€ Johnson says.