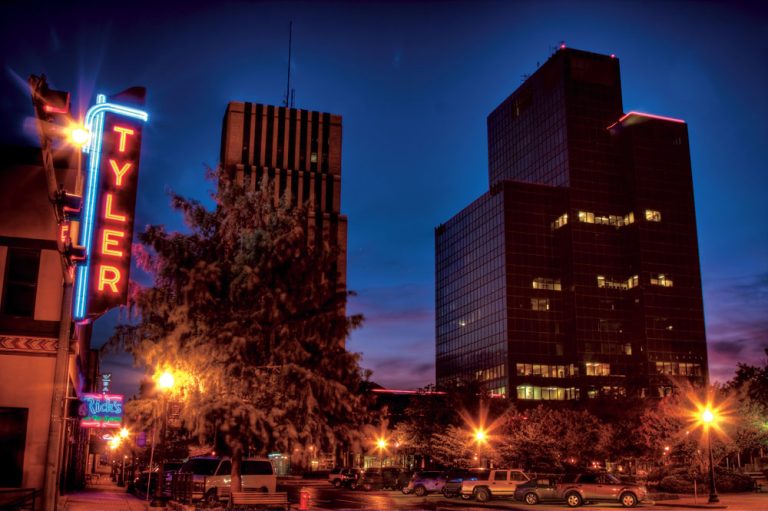 That isn’t the case in Tyler.

“We are trying to get involved with more events that raise money for our organization, rather than ask our membership to pay more in annual dues,” says Henry Bell, Tyler Area Chamber of Commerce chief operations officer. “Our dues are already lower compared to a lot of cities our size, and it’s our goal to get involved in more diverse activities that raise income.”

Bell says special events are a key way to raise more money for the chamber. For example, the organization hosts an annual Business Expo each January that raises money from booth vendor fees and sponsorships, that money going to the chamber’s bottom line.

“We can raise a variety of non-dues income, including from this annual Livability Tyler magazine project,” he says. “We get a royalty from the magazine’s publisher (Journal Communications Inc.) from all the advertising that is sold, plus we get the actual magazines for free to distribute around the community to promote Tyler.”

Bell adds that in February 2018, the chamber hosted an Energy Summit that addressed issues in the East Texas oil and gas industry, vital to the overall economy of Tyler.

“Many people wanted to attend that summit, so we sold many tickets,” he says. “In addition, in late 2017 we hosted an interesting get-together highlighted by a well-known economist who made his predictions for the economy in 2018. Again, all these kinds of events help the chamber’s bottom line.”

We Get a Lot Done

Bell likes to point out that the chamber still has much to do with getting many things done in the Tyler area.

Bell adds that the chamber has its hand in attracting conventions that come to Tyler each year.

“We are a busy organization,” he says. “We wouldn’t want it any other way.”