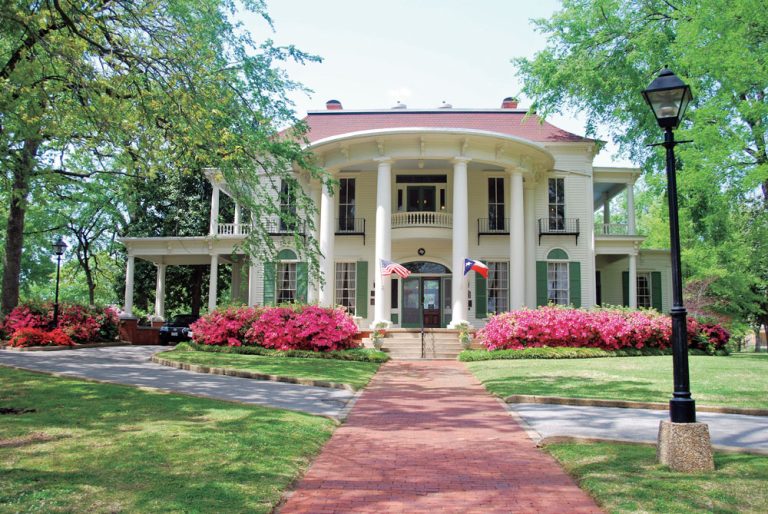 A penny for your thoughts? Tyler is doing great things these days with a half-penny.

In November 1995, Tyler voters adopted a Half-Cent Sales Tax that the city uses to pay for public infrastructure projects such as improving arterial streets, bike lanes, the airport, water utilities, parks, drainage issues and more. Today the city’s Engineering Department manages more than $13 million in capital projects each year, thanks to money raised via the tax.

“That fund only deals with infrastructure improvements, and all the projects are paid in cash so there is no resulting debt hanging over our heads,” says Martin Heines, mayor of Tyler. “The half-cent sales tax will definitely continue into the foreseeable future, with each mayor and council dedicated to investing every year in the infrastructure improvements that help our community move forward.”

“Because no new debts for infrastructure will ever occur, Tyler now has the lowest tax rate in Texas for cities of 15,000 and more in population,” Heines says.

One of the biggest projects that resulted from the infrastructure improvement effort was the construction of Grande Boulevard, a major east-west corridor in Tyler through an area just south of Loop 323. The $60 million project took many years to complete, and has changed traffic accessibility for the good throughout that corridor of the city.

“Another just-finished project was road improvements around Texas College, enhancing the accessibility to that area,” Heines says. “Meanwhile, in the center of our community, the Earl Campbell Parkway has opened up much land for economic development purposes, and we have been able to attract new businesses like Fresenius Medical Care and Centene Corporation. Both of those companies have added many jobs to our community.”

Another infrastructure effort is a $70 million project at Tyler Pounds Regional Airport. Landing facilities are being extended to handle larger freight planes as well as bigger passenger planes and corporate jets.

“Money for that project is coming from the Federal Aviation Administration, but Tyler must match the FAA funds, so our funds are being paid through the half-cent tax,” Heines says. “Once completed, our longest runway at the airport will be reconfigured and extended, allowing the airport to take in many more planes and much more business.”

As for more upcoming projects, in January 2018 the Tyler City Council approved spending more than $622,000 on design services for capital improvements to Cambridge Road from Broadway Avenue to Jeff Davis Drive. Cambridge Road is a key route for more and more residents moving to Tyler. The total project will cost an estimated $5.3 million.

“We hold occasional meetings where residents can submit ideas for community improvement projects, tackling issues such as drainage, streets, engineering, parks and anything else,” Heines says. “We also give citizens plenty of notice prior to these meetings, so they can research the issues they want to suggest to the council. We certainly value their suggestions for putting money back into our infrastructure for future generations and the growth of this community.”

Heines adds that since Tyler is a regional hub for several surrounding cities, many out-of-towners contribute to the city’s half-cent sales tax.

“We have a population of 110,000, but estimates show that 225,000-250,000 people use our services every day, whether it’s related to retail, health care or education,” he says. “While in the city, those people often visit our gas stations and restaurants, contributing to our tax even more. All these people are buying goods and services in our community day-in and day-out, which ultimately helps to keep our infrastructure strong.”